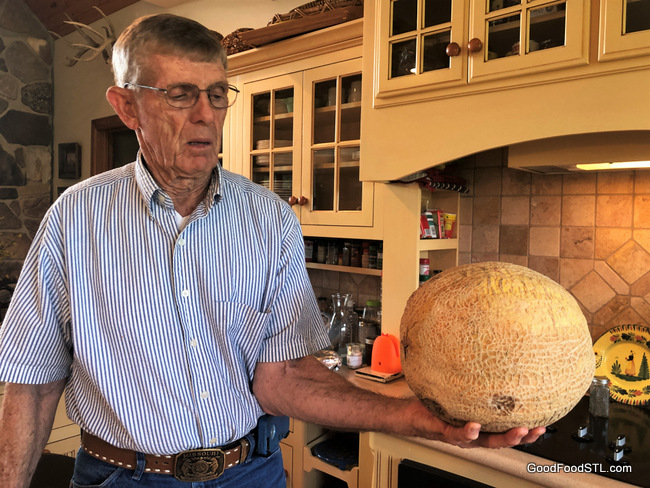 My nephew, Bobby, displays a homegrown cantaloupe the size of a bowling ball and sweet as honey!

All Aboard the Squash Train

By way of context, let me say he and his wife, Peggy, are both retired Air Force pilots and she’s now a commercial pilot. Having conquered flight, they’ve turned to farming, the latter being the more difficult. 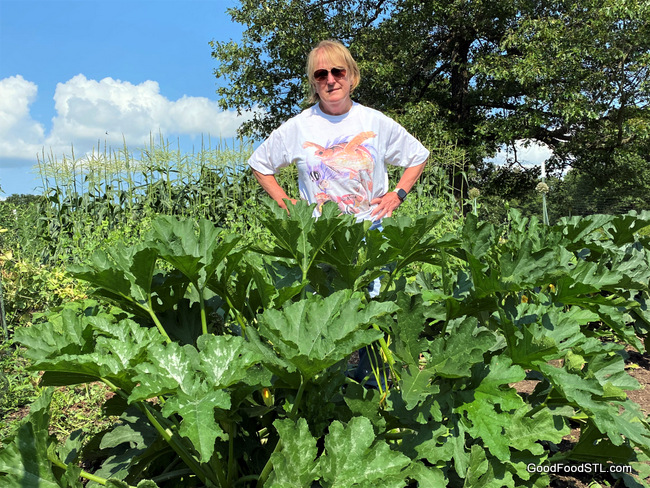 Peggy standing in the squash patch. This green-leafed monster is scary enough to  be cast in a sequel to Little Shop of Horrors. 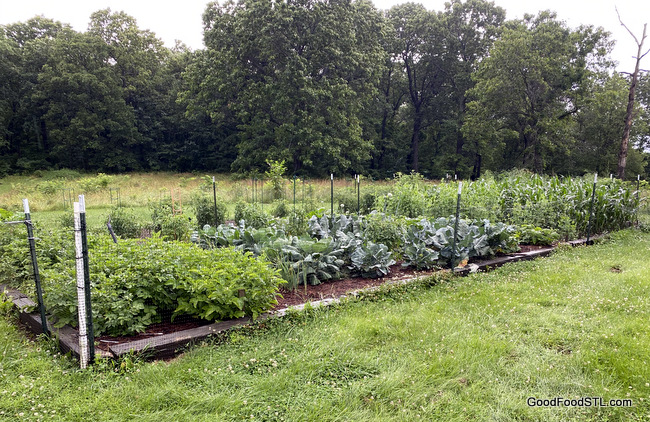 The picture of Bobby’s garden could be the center fold for Fine Gardening. A bug, rabbit, or deer wouldn’t dare trespass! 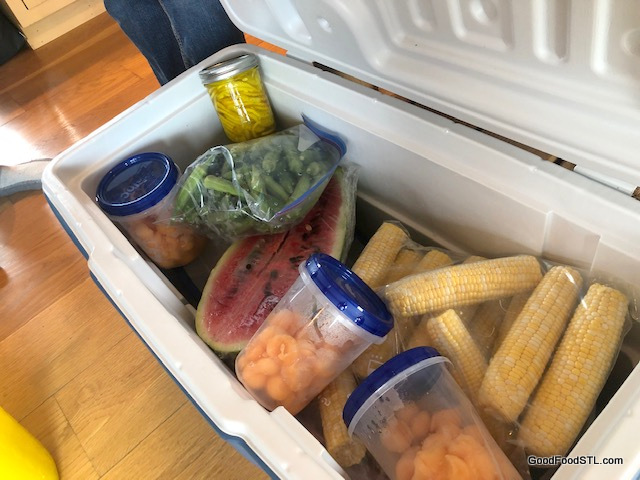 This is what you call “living off the fat of the land.” Bobby and Peggy arrived with dinner in a cooler: corn picked that morning, okra, cantaloupe, watermelon, refrigerator pickles. Not shown here: potatoes, onions, zucchini, tomatoes, and beef. All major ingredients in the meal were farm grown. They also brought some canned tomatoes and Super Sauce for another day. 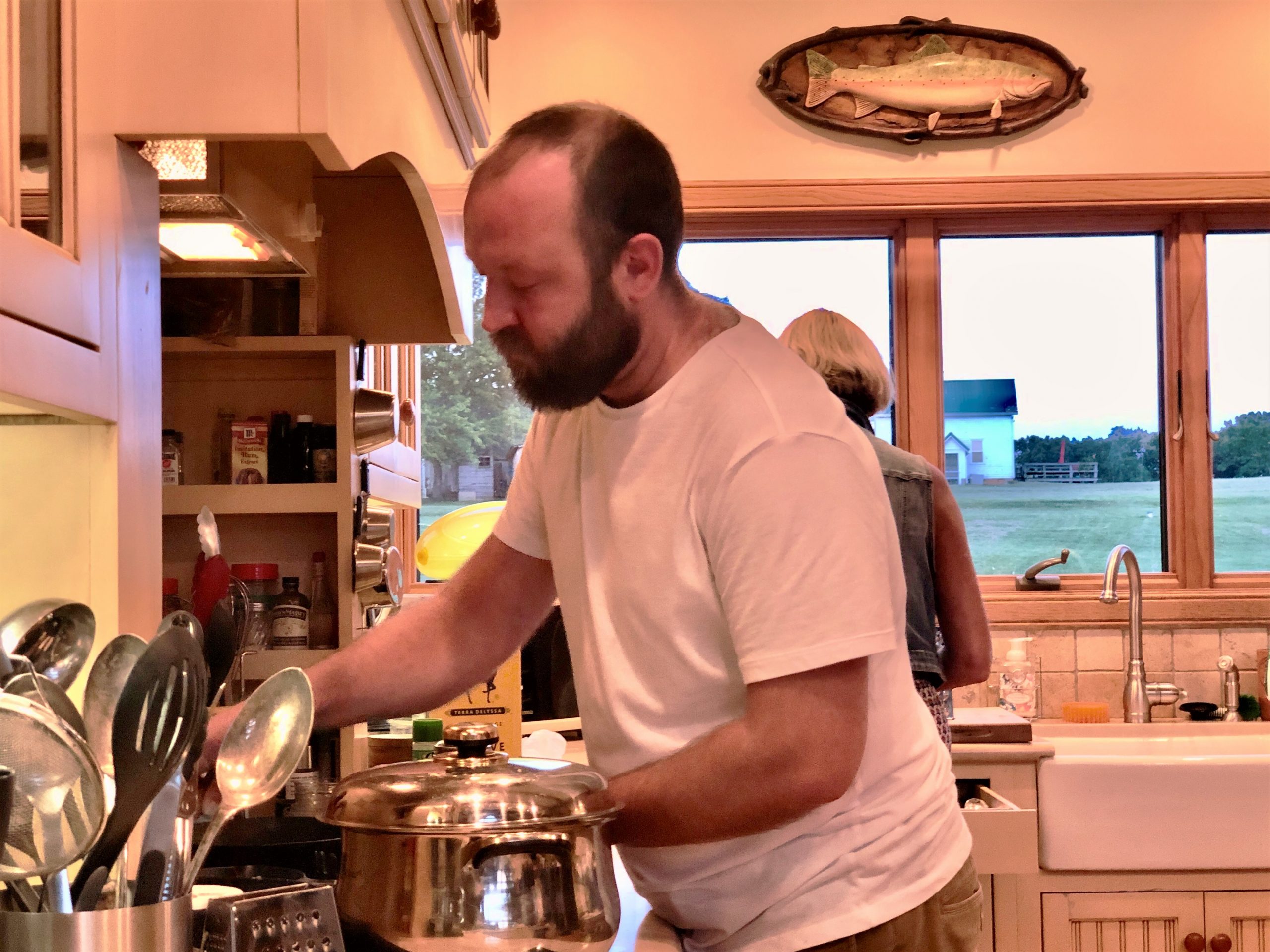 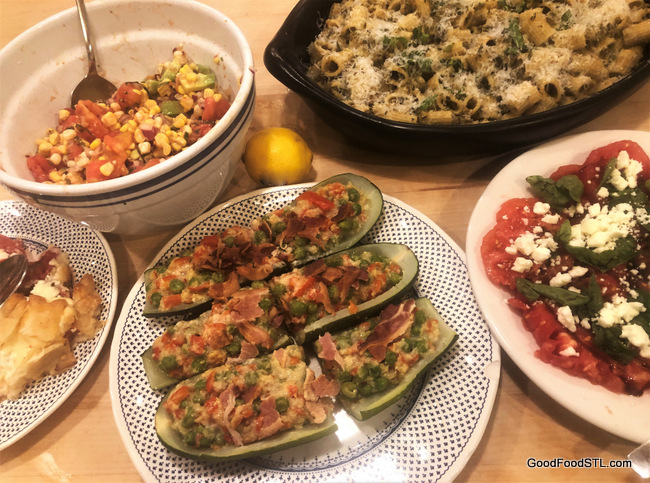 Veggin’ out! We found lots of ways to use up zucchini: Bobby’s Zucchini Boats (center); Zucchini Bread (below); and the New York Times Caramelized Zucchini Pasta (upper right). 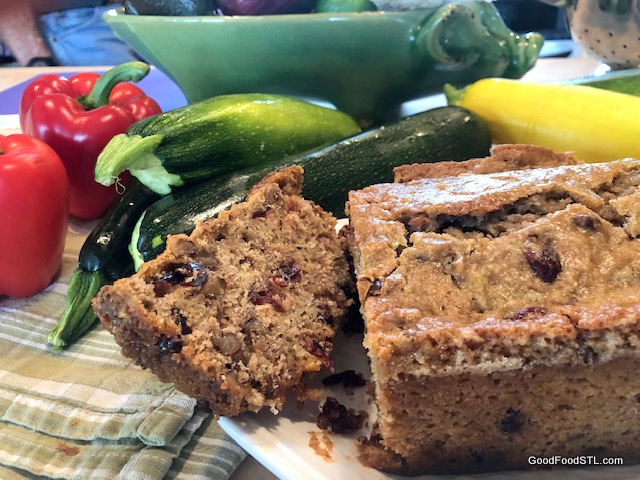 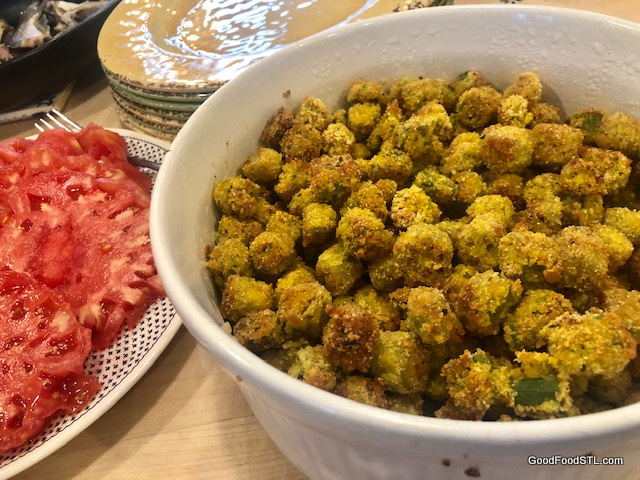 Oven-Fried Okra makes it a bit healthier than the Southern fried version. People eat it like popcorn. Just the thing for the serious nibbler. 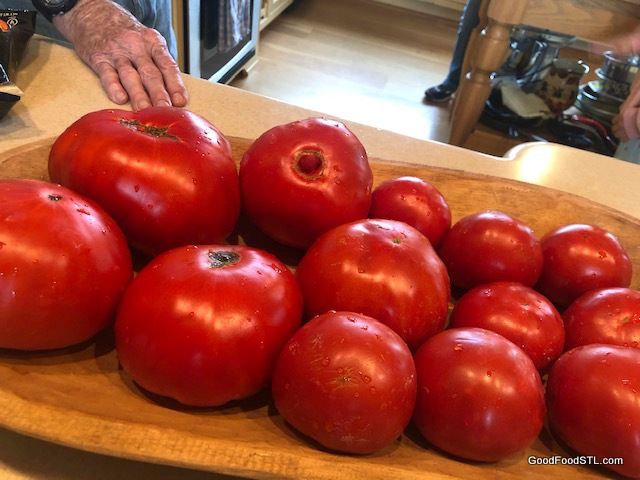 Ahh. . . tomatoes, let me count the ways. These freshly picked tomatoes made for a great caprese, gazpacho, and sandwich enhancer. 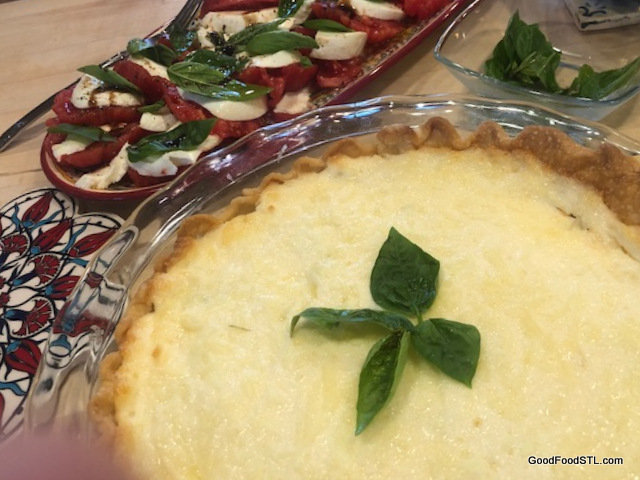 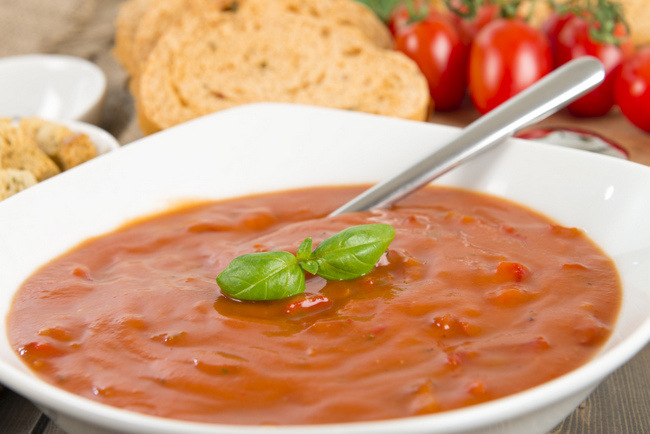 Austin put together this Cantaloupe Melon-Tomato Gazpacho. Really good! Though the Spanish soup is traditionally served cold, I like mine room temperature and unstrained. 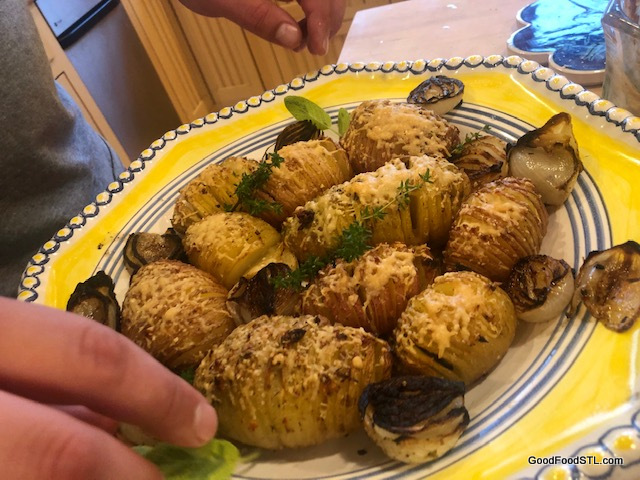 Austin’s Hasselback Potatoes were crispy on the outside and tender on the inside. The thinly-sliced, whole potatoes are named after the restaurant in Stockholm where the dish was first served. 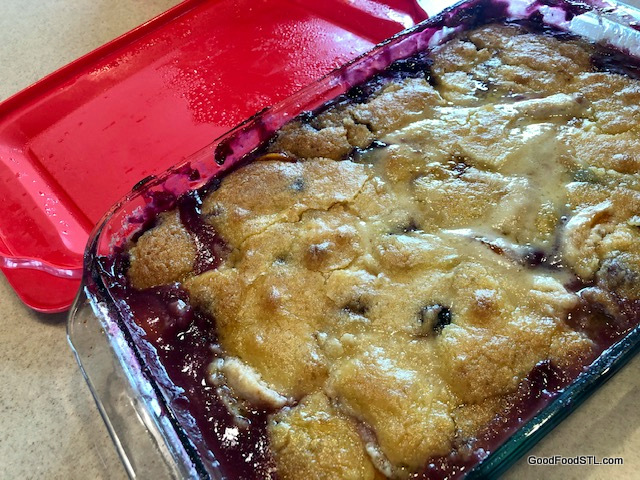 Peggy’s yummy Blueberry-Peach  Cobbler was the only non-garden dish of the meal.

View from the Road 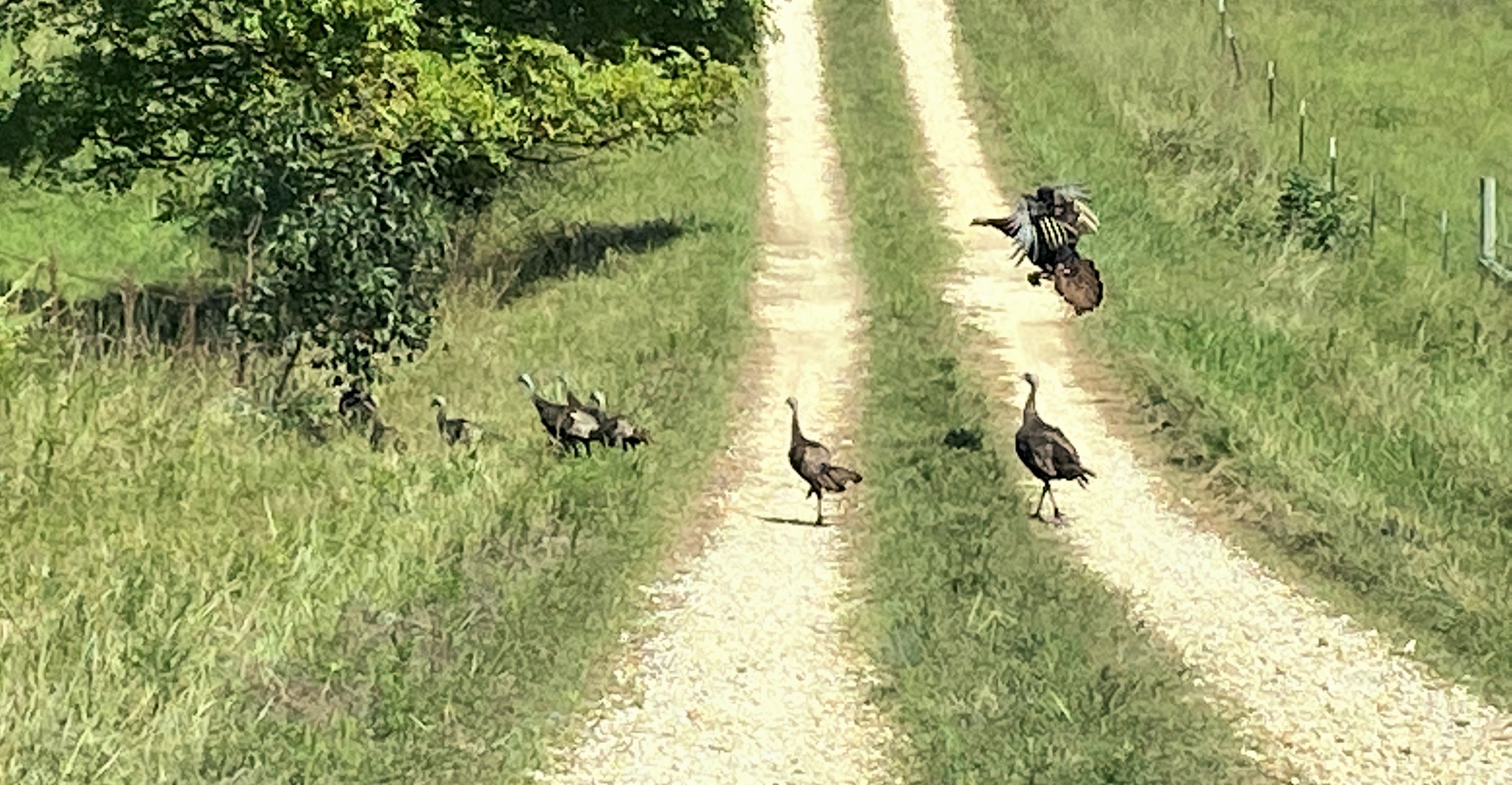 A rafter of wild turkeys crossing our entry road. We’ll have to wait until turkey season before any of these can go on the table.