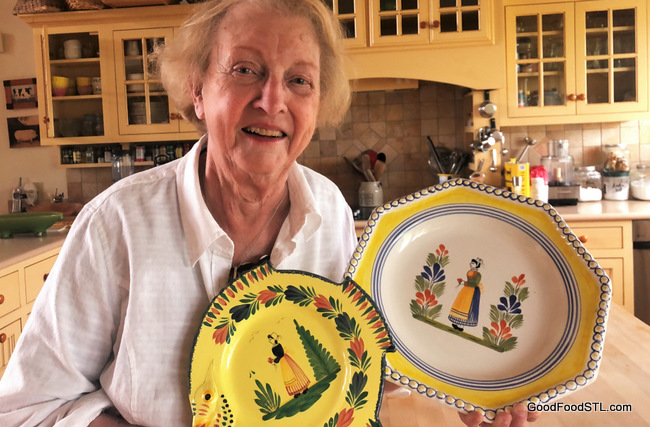 The Care and Keeping of Keepsakes

All of us have some bowl, plate, pitcher, or such, that holds a special place in our heart. Maybe it was the gift of a departed friend, an heirloom, or a piece acquired while traveling.

It might not be the most expensive, or even the prettiest of items in your house, but it has meaning. I have several such pieces. . . .

Among the plates I display (and use) in my farm kitchen are two piece of French, hand painted Quimper, a memento of a trip years ago. I would have bought more, but it was expensive and the profiteroles in the bakery next door won the day.

Old and Small, but Cherished 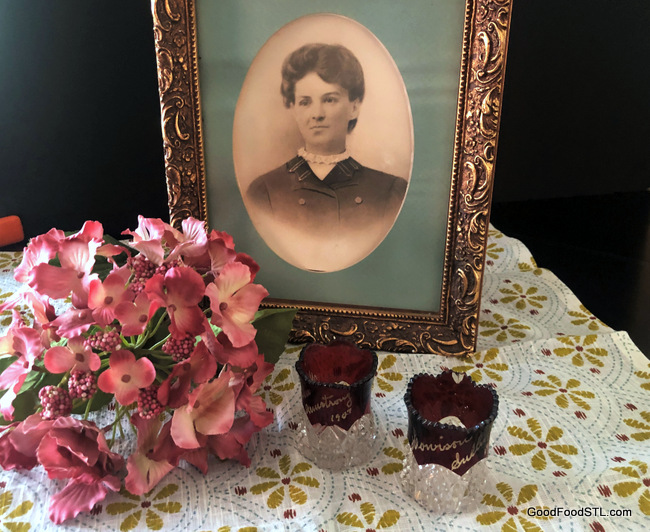 My maternal grandmother, Lucy Armstrong and souvenir ruby glass toothpick holders dated 1907 with her name and my grandfather’s, Howison Sullivan.

This pair of small cups came from the Fredericksburg, VA, fair of 1907, when my grandparents were dating. At the time, the souvenirs were equivalent to bringing home a tee-shirt from a place you visited.

Unlike some other keepsakes, they’ve survived the 16 moves I’ve made in my lifetime. They now sit safely on my bookshelf. I suspect my grandkids, who never knew their great, great grandparents, won’t find them nearly as treasurable.