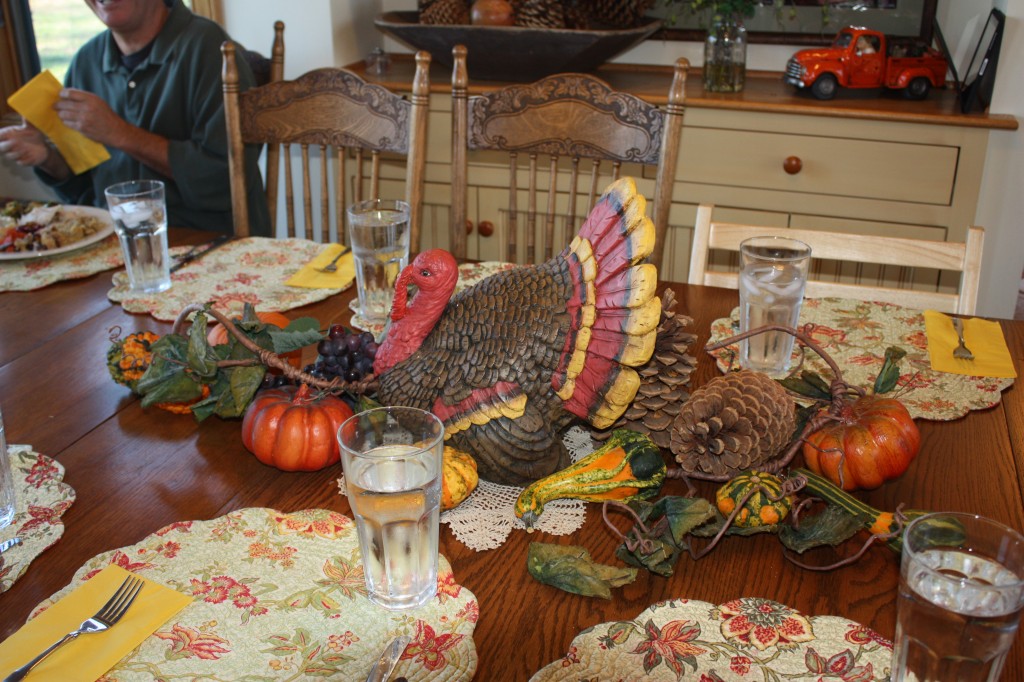 “Facts” You Didn’t Know about the First Thanksgiving

The Native Americans and new immigrants smiled at each other as they shared the 17th century version of Green Bean Casserole. They licked their fingers instead of their wounds.

In lieu of dish washing, the Indians taught the settlers to play Frisbee with the pottery plates. This would lead to the development of paper dishware. For the time being, all were full and happy. Life could be good. 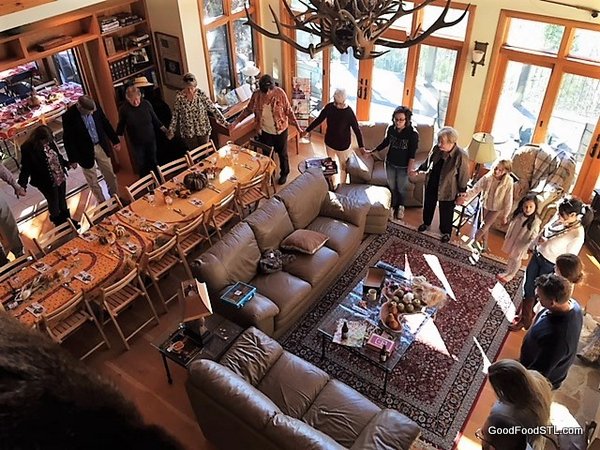 Thanksgiving might still be considered a “temporary ceasefire.” It’s a pause during which families members accept each other—warts and all—for an entire day.

You’ll want to read—or maybe re-read—The Yoga of Thanksgiving, that I wrote several years ago. It’s a good mental exercise for the holiday. It’s shown below. 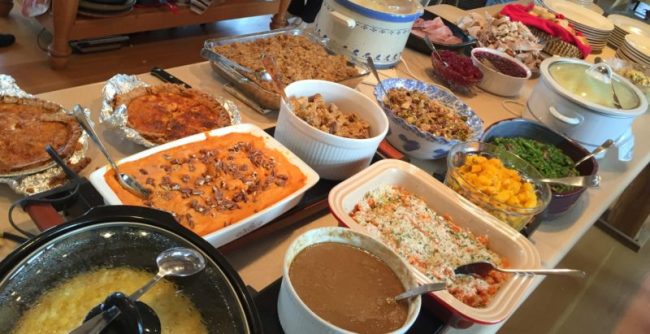 The Yoga of Thanksgiving

. . . Thanksgiving is a time to puddle gravy atop mashed potatoes—a dish that invariably runs out before the Brussels sprouts do;

. . . a time for Avon-perfumed grandmothers to embrace tattooed, nose-pierced teenagers;

. . . a time for artery-bustin’ 1950’s casseroles, swirling with sour cream and Campbell’s Soup. And sweet potatoes made even sweeter with tiny marshmallow dotting the top;

. . . a day to embrace our diversity and accept our gluten-free brethren, lime-jello-toting aunt, and those who arrive wearing a red MAGA cap.

. . . a day for youngsters to learn the sacred family traditions from the storytellers, including what does—and does not—go into the turkey dressing;

. . . a time to share your family with those separated from their own, for whatever reason;

. . . a time to remember friends and loved ones with whom we once broke bread, shared laughter, and raised new generations;

. . . and, yes, a time to give thanks for our free and bountiful land, for good times shared and bad times survived. 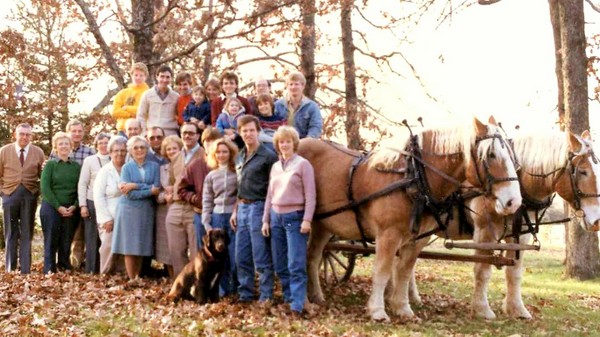 Thanksgiving during a 1980 celebration.

So why did I label this meandering The Yoga of Thanksgiving? Because it takes some bending and twisting to pull off this day. It’s not our normal way of life. We don’t usually eat this much, deal with so many family members at once, or try this hard to make things work.

Thanksgiving is not only physical, it’s also a mental and spiritual exercise, one that stretches the heart and conditions the soul for the next family reunion—or perhaps eternity itself.

It’s a complex holiday. That’s why we observe it just once a year and follow up with a nap and football game.

« Thanksgiving Side Dishes: Family Tested
Wow! Who Made the Gravy? »