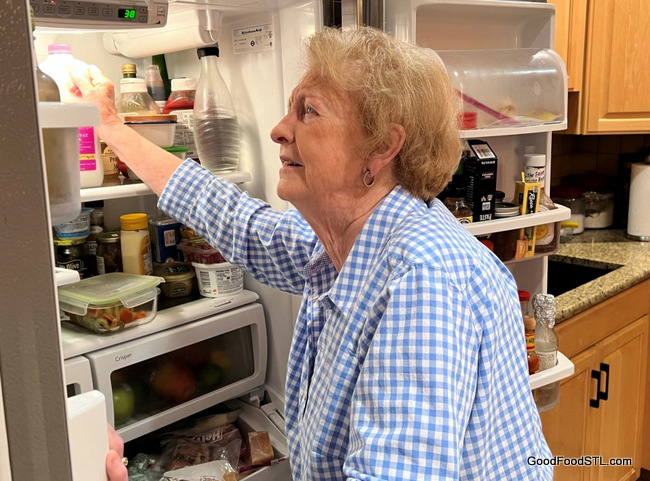 Foraging in the Fridge

There’s a difference between recycling leftovers and cleaning the refrigerator. A cleaning means you toss the ossified remains. Out goes the strawberries wearing little gray jackets. Same for the limp lettuce and the cheese you can no longer find under the mold.

Leftovers, on the other hand, require more creative treatment. When I’m inclined to donate an earlier meal to the garbage disposal, I can hear my mother gasp. She was especially good at recycling icebox remains (yes, we called it an icebox back then). In her honor, I try to be somewhat frugal, remembering her “waste not, want not” admonition. 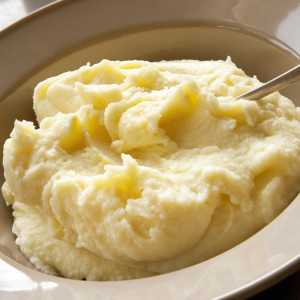 I was amused recently to see Brenda Gantt make potato cakes. She’s the spry ol’ gal from Alabama, who amuses us with her chatter while she flits around the kitchen, tossing flour hither and yon.  (She uses a knife the length of a saber to chop vegetable, which causes me to fear for her fingers.)

Her potato cakes are nearly identical to the ones I grew up eating on the days after we had leftover mashed potatoes. 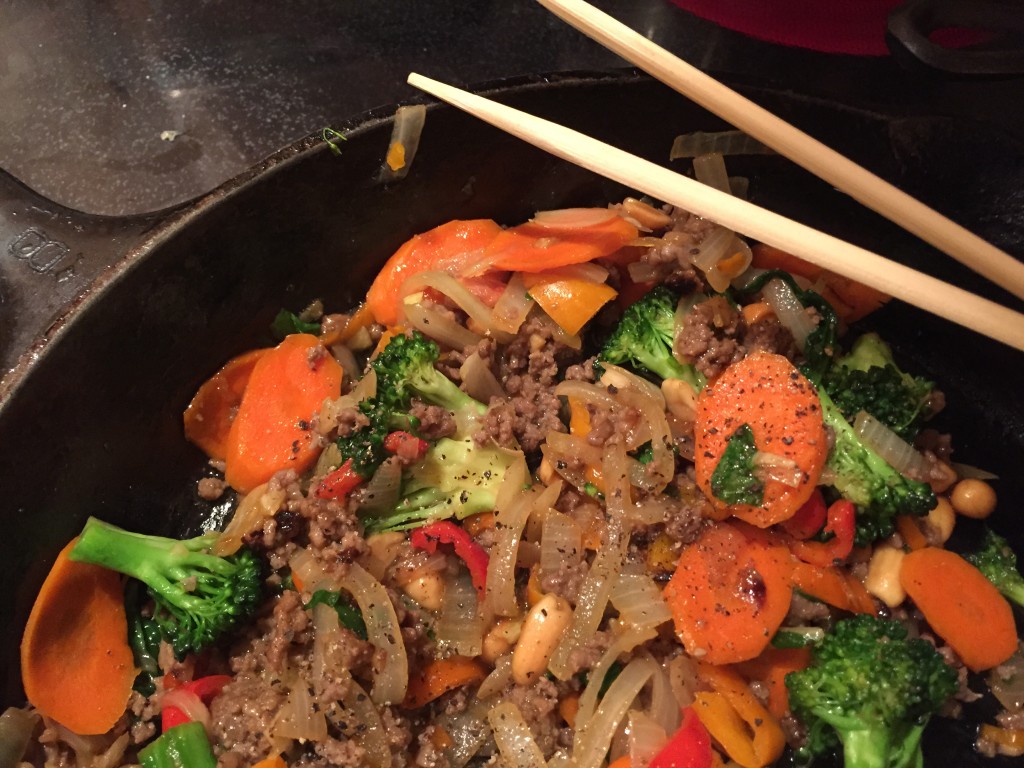 Sometime I toss in a few udon noodles for greater authenticity.

We’ve all had the experience of dressing up meat and vegetable remains by tossing them into a skillet (or wok) and reconstitute the mélange with one of the condiments we stashed on the icebox door several years earlier.

Should your sauces be five years past their “Best Use” date, you might want to consider making your own. Here’s a favorite sauce I make from scratch. You’re likely to have all the ingredients on hand— though when I made the dish recently, I found that my fresh ginger had fossilized.

Another recipe that will add sauciness to your kitchen leftovers is entitled Stir Fry Anything.

I know, foodie fans, that you’ve created some “designer” concoctions, either intentionally or accidentally, over the years. Share your discoveries.

« My Fig Fantasy
Heart and Soul of Soulard Market »