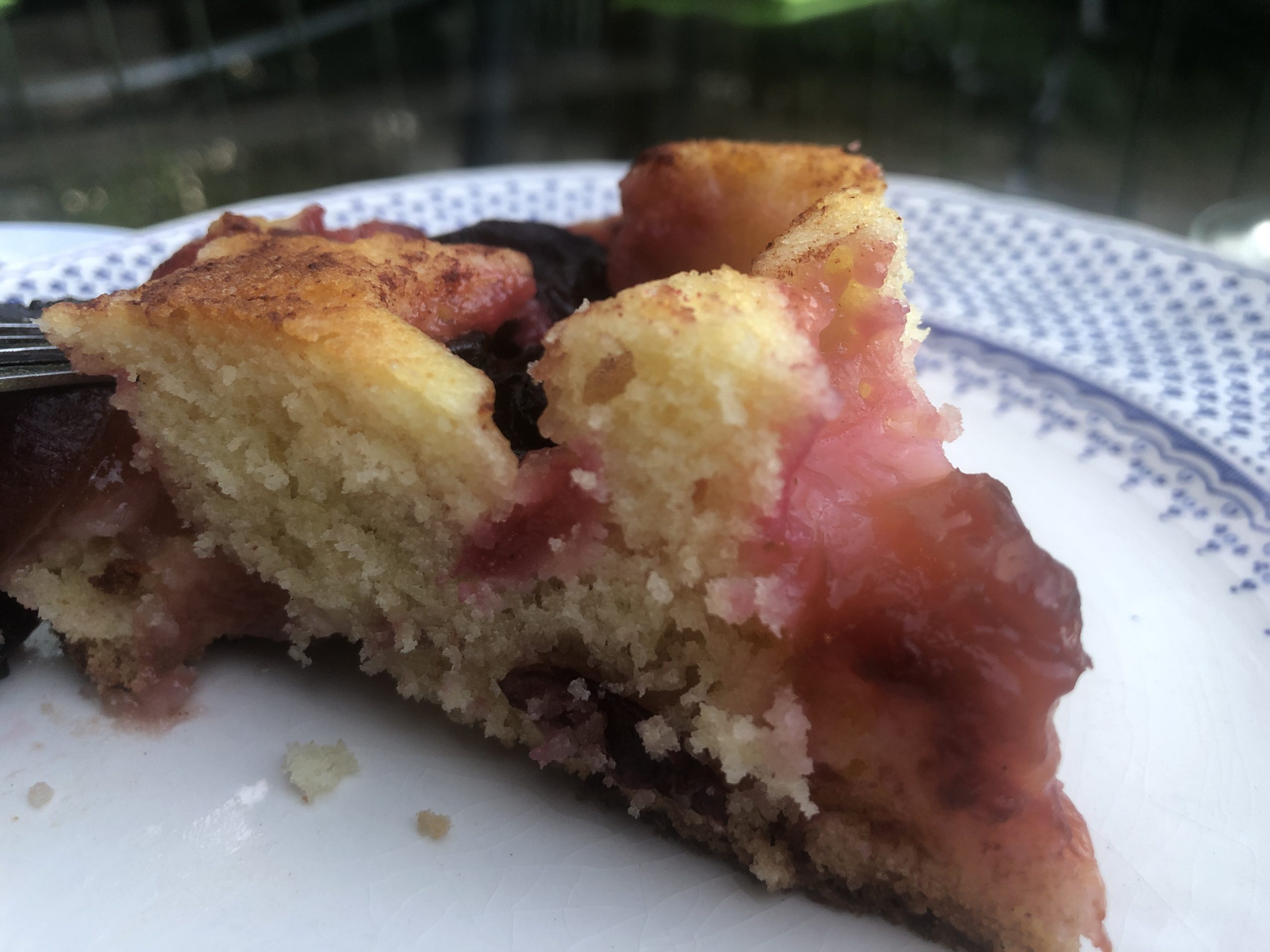 Then while reading the New York Times food section one day, I spied a photo that looked just like the dessert of my memories. Not just a Plum Torte, but the most popular recipe in the history of the New York Times! 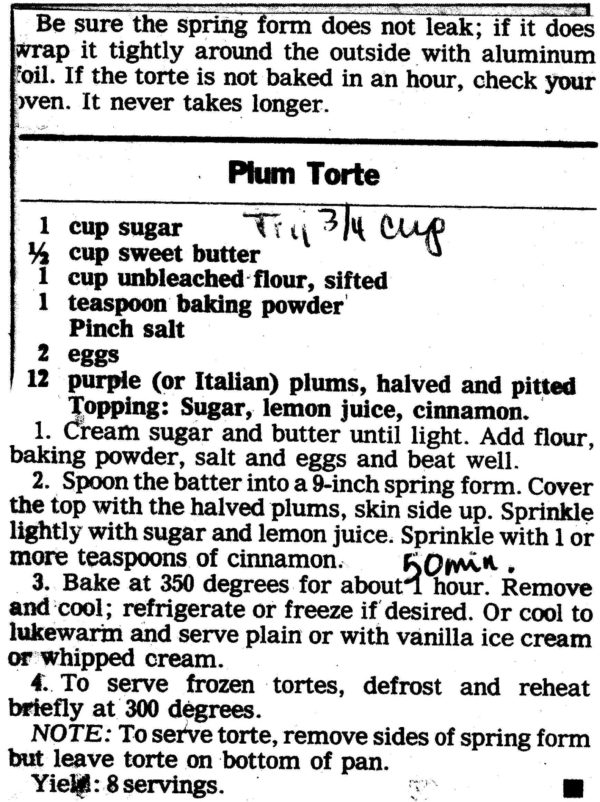 Note changes from 1 cup sugar to 3/4 cups sugar in updated recipe and cooking times moved from a hour to 45-50 minutes.

Back in 1983, Marian Burros, food editor for the newspaper ran the above recipe without fanfare. It took off like a sky rocket. In response to demand, the Times reprinted the recipe each year around plum harvest—that would be September.

But after 7 years, the paper decided enough was enough. In 1989 the recipe was printed in larger than usual type with a broken-line border.

Readers were told to cut it out, laminate it, and stick it on the refrigerator door, because it would not be printed again. 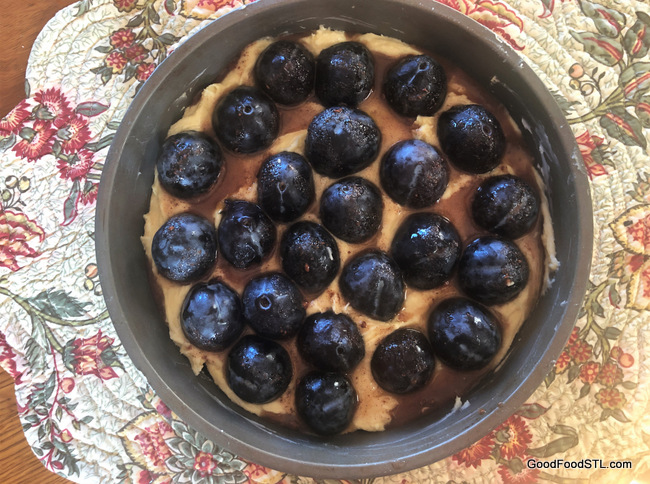 I have since been using fewer plums with more space between them so the batter rises up nicely around the pieces. (See in following photo.)

People were outraged. “I look for the plum torte each year, as I look for the Declaration of Independence on the back page of the Fourth of July edition,” one woman wrote.

Two sent poems bemoaning the recipe’s fate. “Summer is leaving, fall is coming. That’s what your annual recipe is all about.”

It was good to see that NYT food editor Sam Sifton reprinted the recipe this year along with a tribute to Marian Burros. So I’m doing the same. 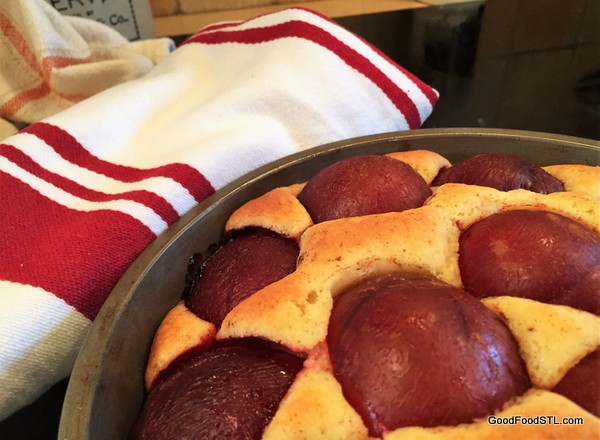 The beauty of this torte is that it doesn’t require plums to be delicious. You can substitute berries, peaches, pears, apples—most any fruit—fresh, canned, or frozen. That makes it an especially handy recipe to have in your kitchen arsenal.

The recipe is best made in a 9″ pan, but if doubled, fits nicely into a 9×14″ baking dish. The torte also freezes well, making it a good item to keep on hand for a quick dessert.

Some online testers suggested adding a half teaspoon of vanilla to the classic recipe. Suit yourself. 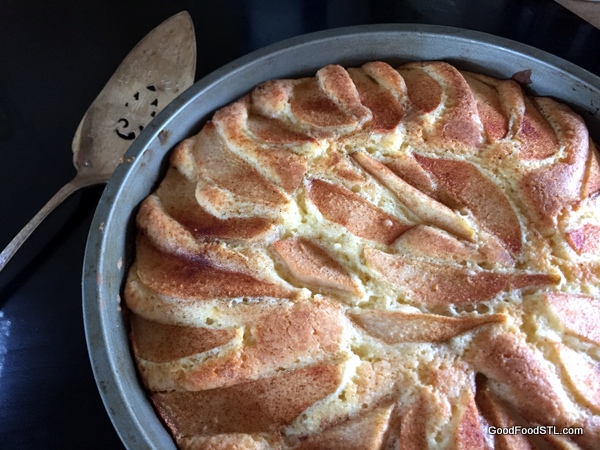