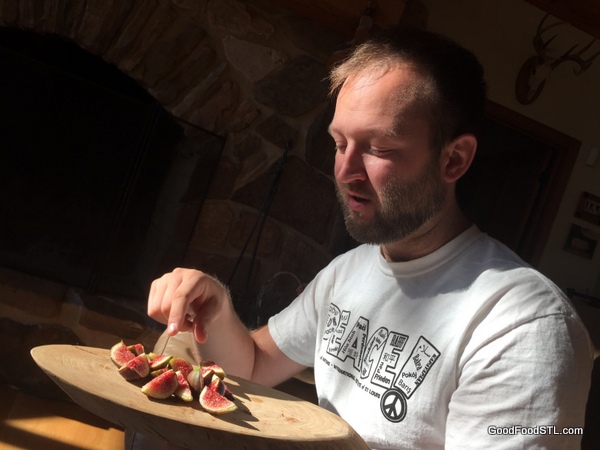 When I write about figs, I always include this photo of my grandson, Austin, offering me some of the first ones he ever grew.

Yes, I have a fig fantasy. Like the prophet Micah, I yearn to “sit under my own vine and fig tree.” But it has not come to pass. As you know from my previous posts, I’ve planted several fig trees of different varieties and sizes.  All went root up—the fig version of belly up.

But my luck is improving a bit. I now have a fig in its second year with itty-bitty fruit. 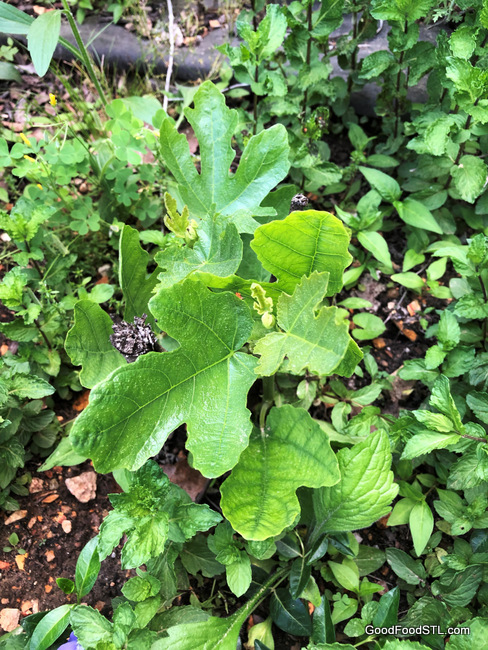 When You Give a Fig

When I mentioned my tale of fig woe (and hope) to my friend, Rita, I learned she was getting rid of her plant. She said, it had 10 figs on it already and had been quite productive last year. But it was getting too big to lug in and out of the house twice a year.

I could have it, she said. I sprung for the offer like a duck on a June bug. She showed me photos. It was 7′ tall, for heaven’s sake, and in a pot on her deck in Granite City. A truck; I needed a truck

I borrowed one from my grandson and we hauled the plant to Russ’ house to await transport to the farm. Temporarily, I’ve entrusted it to his care and keeping. Unlike me, he’s been a successful fig grower.

I’m very optimistic about my gift tree, as well as last years’ surviving one. Fingers crossed. I may yet sit under “my own vine and fig tree.” If not, there’s always Fig Newtons. 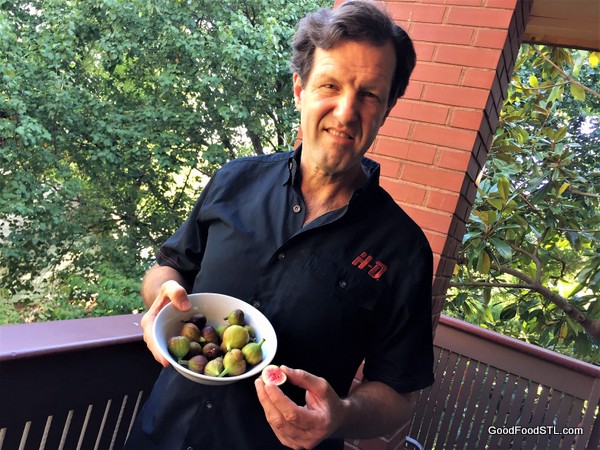 Russ with figs from his tree the first year after he planted the Chicago Hearty variety.

« Pickles Keep You Cool as a Cucumber
Cream of Leftovers »