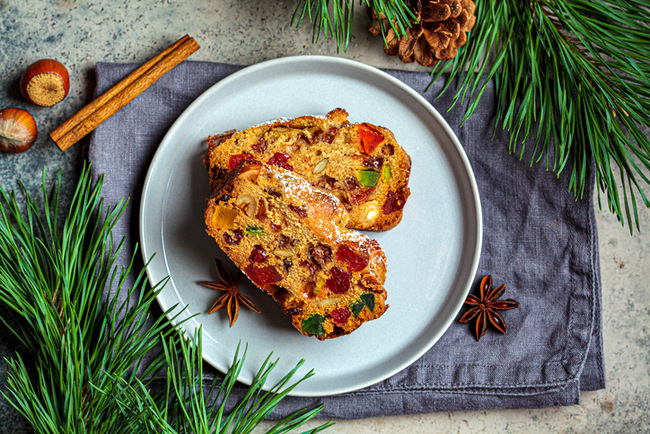 (This is a chapter adapted from my book: A Little Help from My Friends)

I’m going to make a fruitcake this year for Christmas,” I announced to Edna one fall day, when we bumped into each other in the supermarket.

“Why would you do a thing like that?” she asked.

“Shhh,” she said, quickly looking from side to side as she nudged me behind the potato bin. “Someone might hear you.”

“You wouldn’t want anyone to know you like fruitcake or, much less, spend time and money making one,” she whispered.

“Well, I am particular. I don’t like just any old fruitcake,” I explained. “My favorite is a pound-cake-style that’s loaded with candied cherries and nuts and laced with an ancient preservative.”

She was struck speechless.

Sadly, there are only a few fruitcake aficionados left in the world and we are a lonesome and loathsome lot.

Made By the Pros 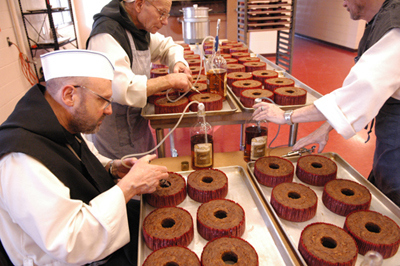 Trappist monks at Assumption Abbey Monastery in Ava, Missouri, infuse their annual fruitcakes made from an old English recipe.

“You Are a Little Fruitcake!”

The term “fruitcake” more often denotes people who have nutty qualities rather than a robust, sinfully rich cake. In an angry outburst some years back, Rep. Pete Stark (D-CA) scolded his colleague Rep. Scott McInnis (R-CO), calling him: “A little fruitcake.”

What caused Stark to use that particular metaphor to express his rage is unclear. Perhaps it was the result of a scant vocabulary or a bad experience with the holiday staple.

I tried to explain to Edna that fruitcake’s claim to fame is that it lasts nearly forever and is the one thing that can’t be broken in shipping. She agreed.

“A sturdy cake was great for medieval crusaders on a winter campaign and even came in handy when their catapults ran out of ammo, but it’s outlived its usefulness,” she declared. The store-bought are a little too fruity for me. I prefer the cakey rather than the sticky versions.

Johnny Carson Ruined the Fruitcake for Us

Like many Americans, Edna was brainwashed by Johnny Carson some years ago. The late night comedian put the hurt on fruitcakes, when he declared that there was only one left in the world and it was being passed around among gift-givers each year.

As a testimony to the cake’s longevity, one 125-year-old fruitcake showed up on the Tonight Show. An Ohio housewife had baked it shortly before she died in 1878. The family didn’t have the heart to eat or dispose of it. Instead, they kept it under glass and showed it off on special occasions.

I could never replicate a confectionery worthy of such honor, still I determinedly stacked my cart with the sticky candied fruits that sell for the price of a fine Stilton.

Edna looked at me in disbelief.

“I think you have a fruitcake fetish,” she blurted out. 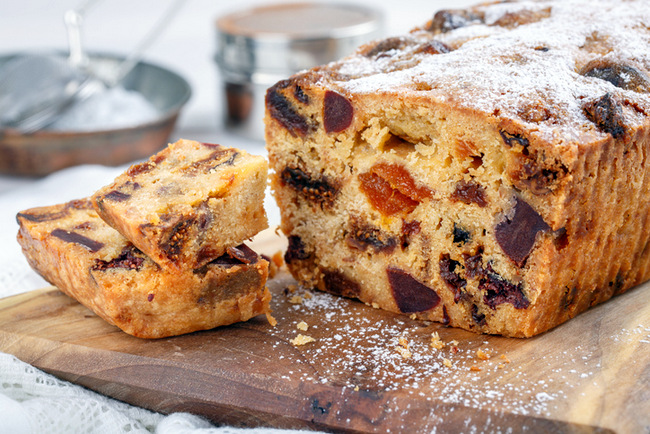 My old Arkansas recipe makes enough for one large Bundt-sized pan, plus a loaf pan, so I sent the smaller one to Edna’s husband, Harry, knowing he had been deprived of the ancient sweet for years because of Edna’s attitude.

“So how did Harry like the cake?” I later asked Edna.

“He said it was one humdinger of a fruitcake,” she answered with a sly grin.

« The Cast Iron Skillet: Still King of the Kitchen
Kids in the Kitchen—It’s Christmas Time! »