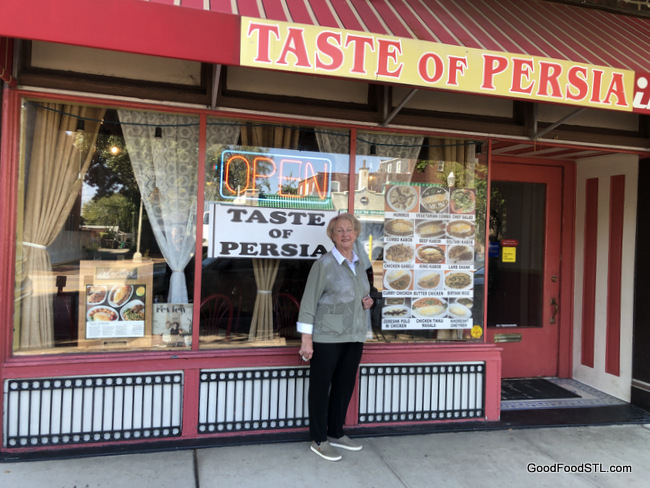 The exterior of Taste of Persia reminded me of the Painted Ladies of San Francisco—houses known for their whimsical, multi-colored exteriors.

A Bit of Iran on Grand

The great reviews of Taste of Persia sent me and my friend, Anne, off in search of the S. Grand eatery. We found it easily in what I call the Persian Triangle, because there are three of the ethnic restaurants within a block: Natasha’s, Sheesh, and Taste of Persia.

Once you step through the door, there’s the warmth of having a family member on hand to welcome you. The owner, Mohammad Abdolrezagh is Iranian, having come to the U.S. more than 15 years ago. His wife, Sofya, is Afghani and the head chef. Daughter, Brianna, manages the front of the restaurant. 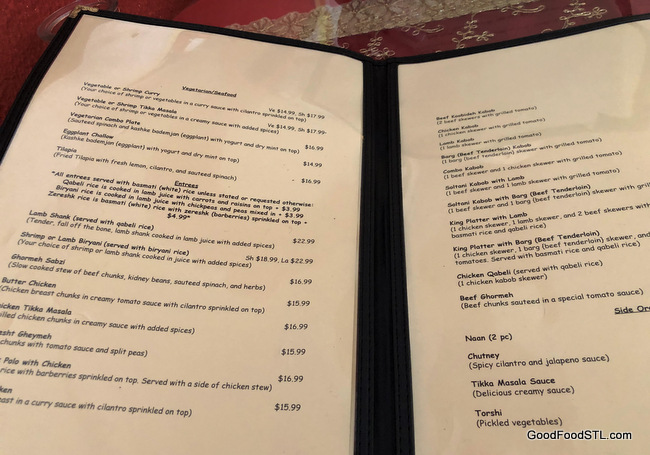 As I perused the menu, I felt like the proverbial fly in the candy shop. There was so much good I didn’t know where to land.

Reviewers spoke highly of the kabobs, hummus, rice, and the tender, fall-off-the-bone lamb shank. But we were there for lunch and went with the lighter dishes.

After some guidance from  Brianna, we ordered the Shirazi Salad, Mango Lassi, Eggplant Challow with Naan, and Chicken Tikka Marsala. The salad was fresh and crisp and the Chicken Tikka Marsal with Basmati Rice jangled with goodness. The Mango Lassi was cool and refreshing. I didn’t taste the eggplant, but Anne enjoyed it thoroughly. 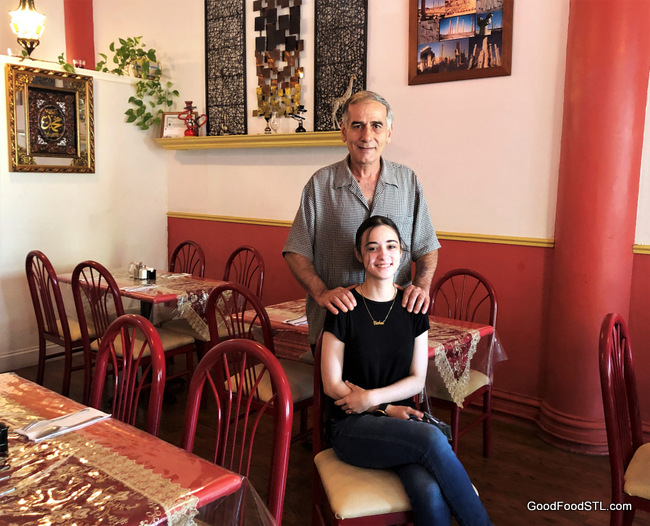 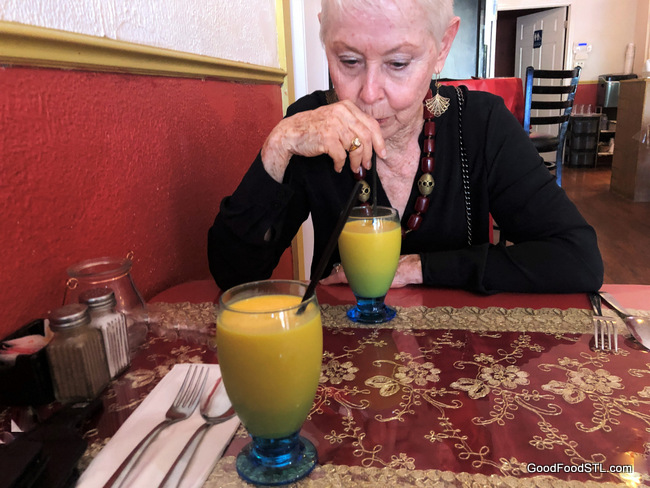 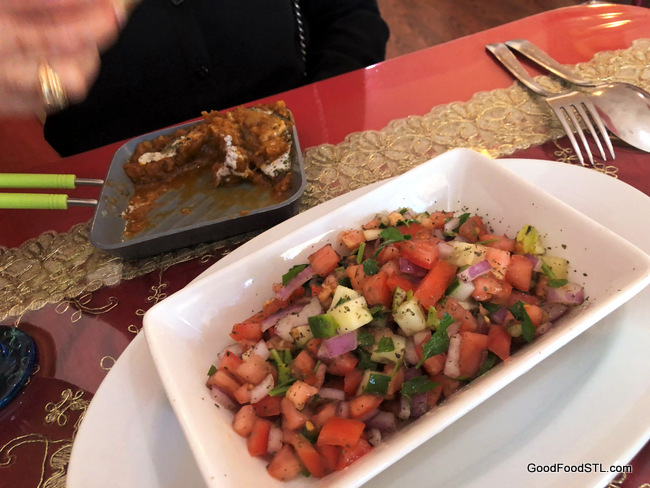 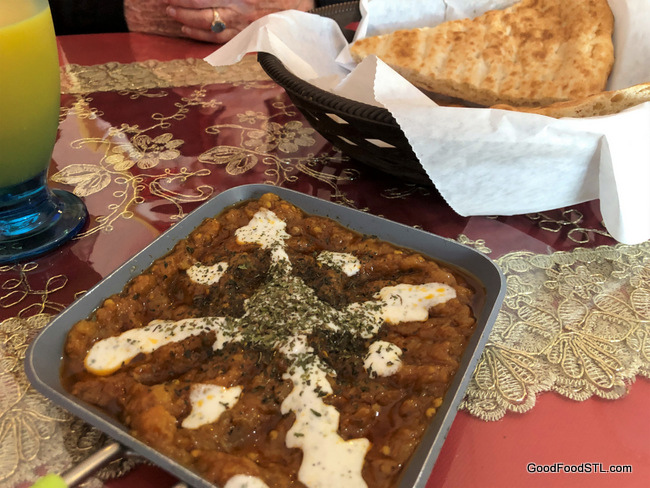 Eggplant Challow with yogurt and mint and Naan. 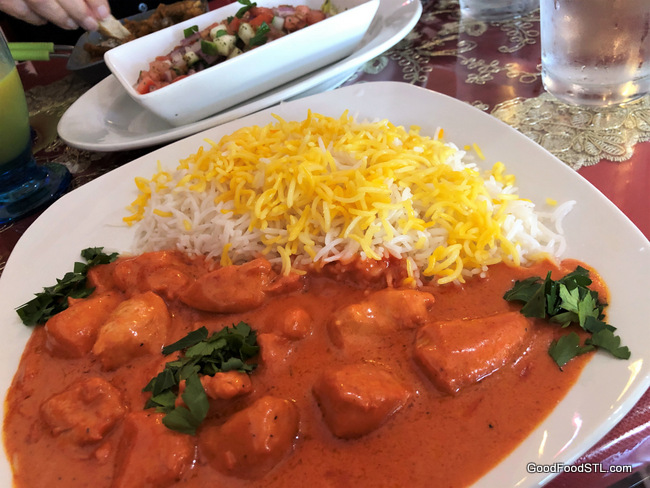 « Fluffy Pumpkin Pancakes for a Fall Breakfast
Beef Stew for You »