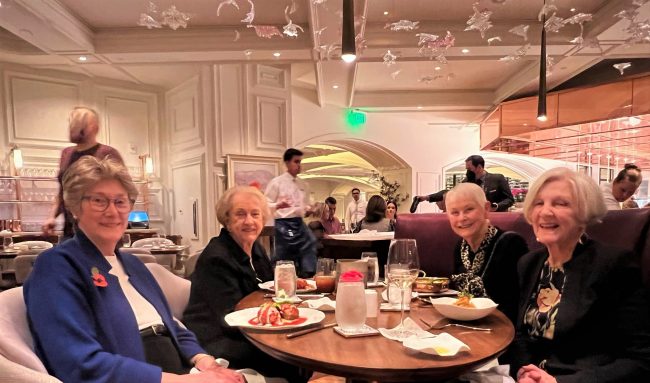 The splendid décor and classy, open kitchen at Casa don Alphonso is further enhanced by the quality of the wait staff. Not since Vince Bomarito unveiled a napkin in my lap some years ago, have I felt so special.

The many servers in the Ritz Clayton dining room appeared to sincerely enjoy their work. Best of all, they were willing to cope with the questions and comments of four elderly women, who make a hobby of visiting local restaurants.

A Feast of Mediterranean Goodness 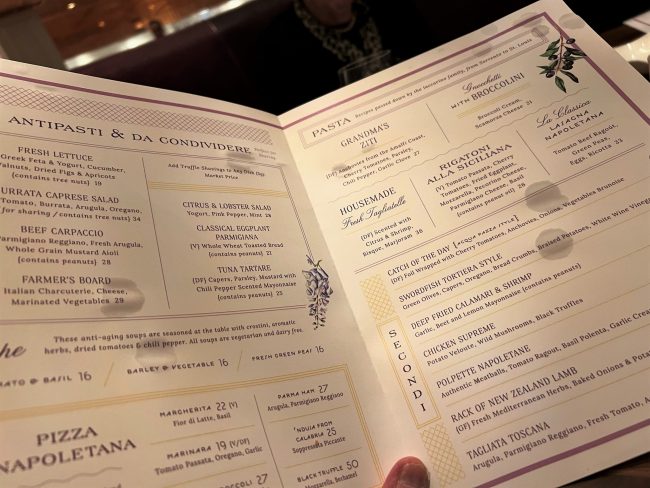 As we were seated, two servers saw to the proper placement of our silverware while others delivered warm focaccia bread and olive oil in attractive containers. Our main server, Juan, took time to explain the menu and its nuances. 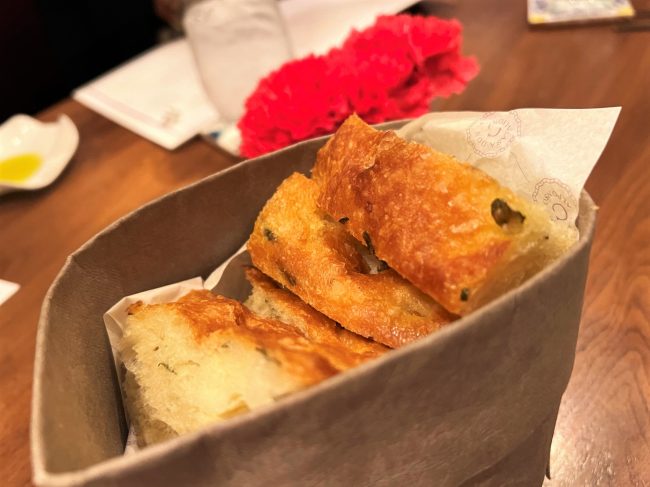 Juan agreed to split the salads (splitting is a habit we often engage in to get smaller portions, but, nonetheless, a taste.) Within minutes, four attractively presented salads arrived at our table. Though we each had only a half portion, it was ample and included feta, dried apricots and figs, and nuts. Good choice. 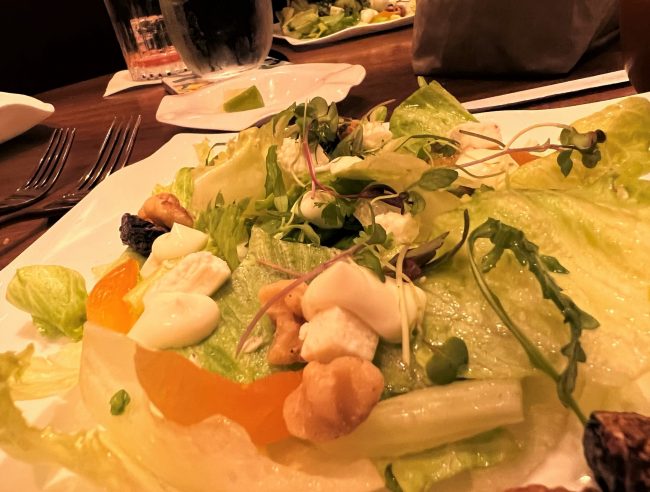 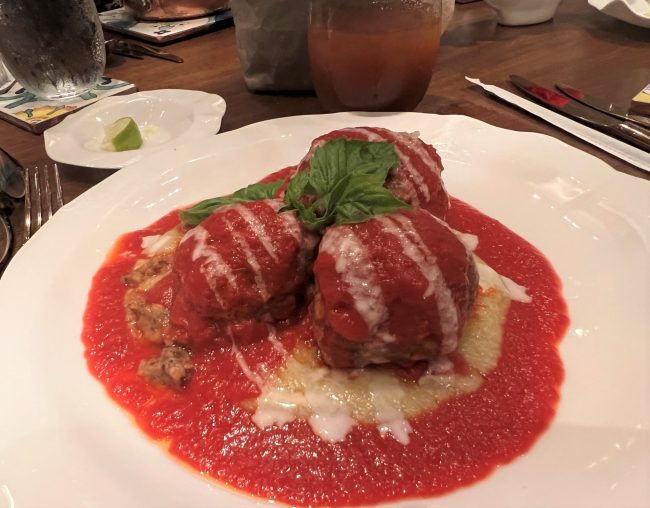 When we got to the entrée, Ellen and I went with the Polpette Napoletane. I was expecting just one meatball atop a tangle of noodles. But there were three, each the size of a cue ball and swaddled in sauce. No pasta.

While Americans expect some noodles beneath their meatballs, restaurants in Italy most often serve them separately. Years ago Italian immigrants began combining their noodles and meatballs and the dish has remained on American menus in various forms. 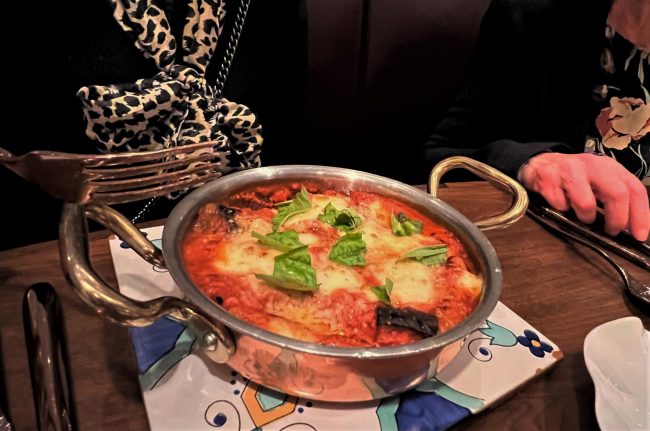 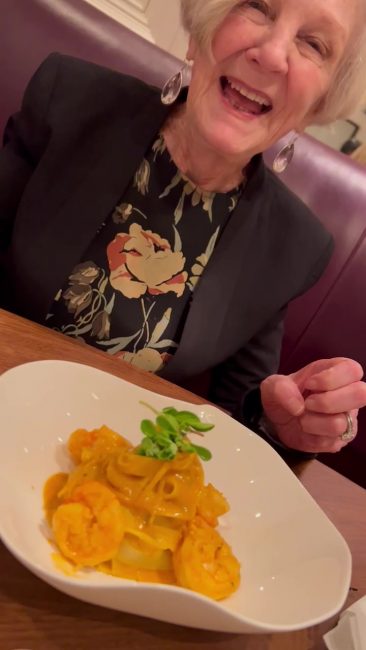 Wilma, delighted with the house made Tagliatelle with citrus and shrimp.

Ellen and I each ate half of our meatball trio and the tasty sauce. The rest was nicely boxed and bagged in the kitchen for our convenience. I have since added a few noodles to my leftovers, making it enough for another enjoyable meal. 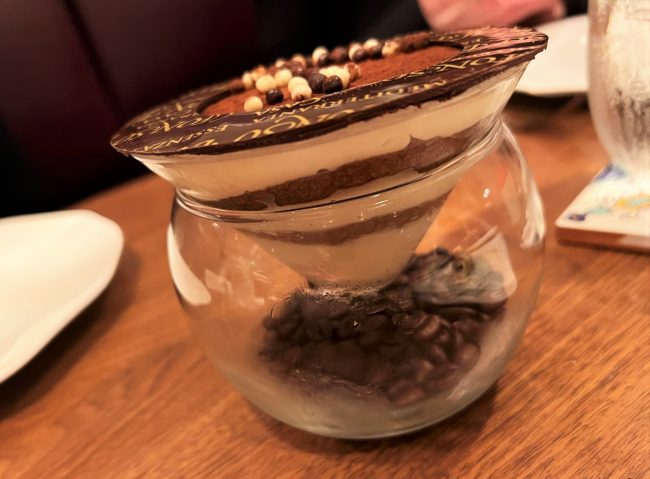 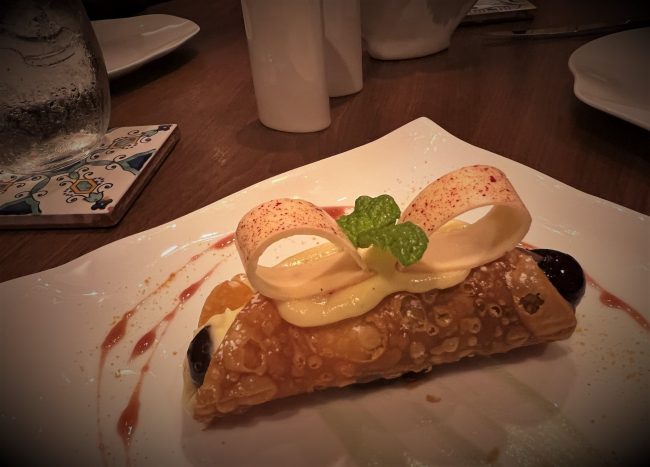 By dessert time, I suspect Juan anticipated we’d want to split that, too. We did—though he protested, nicely, that the cannoli didn’t hold together when halved. We asked for a knife and agreed to do our own dissecting.

That worked fine. But Juan was right. The dish (shown above) had a crispy wrapper, that wouldn’t have presented well had it been kitchen cut.

As the old saying goes, “You get what you pay for.” Ritz dining can be a bit pricy, but with it you get all the accoutrements of fine dining with no feeling of being rushed.

Note: Early on, the restaurant was open for lunch. But now lunch is served only on Saturday. 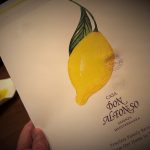