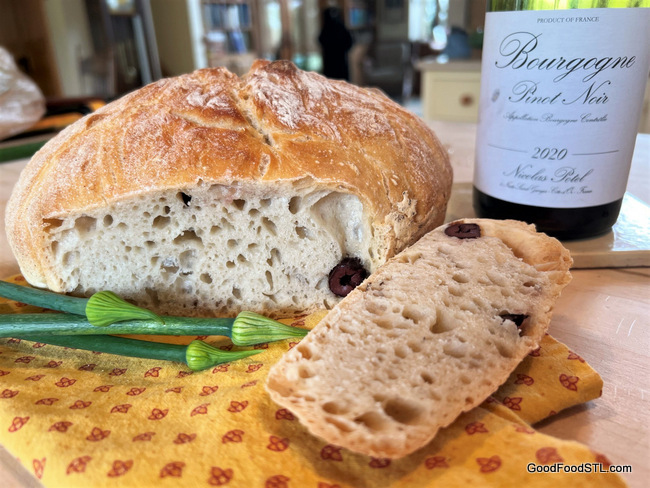 Thyme and a Hen

Julia Child’s signature dish, and her favorite, was Beef Bourguignon (pron: Beef boor/ghee/nawn).  The runner-up was Coq au Vin—chicken in a wine sauce. What was once the food of peasants in the 1500s, the famed chef turned into haute cuisine.

Both dishes are braised in red wine. But they have different meats—one beef; the other chicken. In addition to the vino, the stews feature onions, bacon, carrots, mushrooms, garlic, parsley, and a few herbs.

Drop the Coq in the Crock

This week I ran onto the America’s Test Kitchen recipe for Coq au Vin. It was a slow-cooked version of chicken thighs, that went into the Crockpot for 4 hours. The sauce fumes with fragrance. When served, it co-mingles nicely with side dishes, making the sauce perfect for sopping bread and topping mashed potatoes.

Our work crew of family and friends were feeling a bit like French peasants after a round of cleaning flower beds, so the humble fare seemed fitting. 🙂 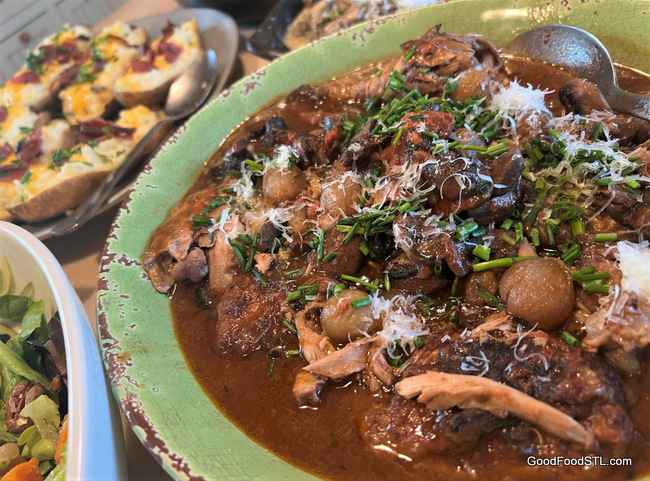 Coq au Vin: A Dish to Crow About

But you need to subscribe to America’s Test Kitchen to view their slow-cooker recipe. Fortunately, William-Sonoma has a freebie that’s nearly identical. 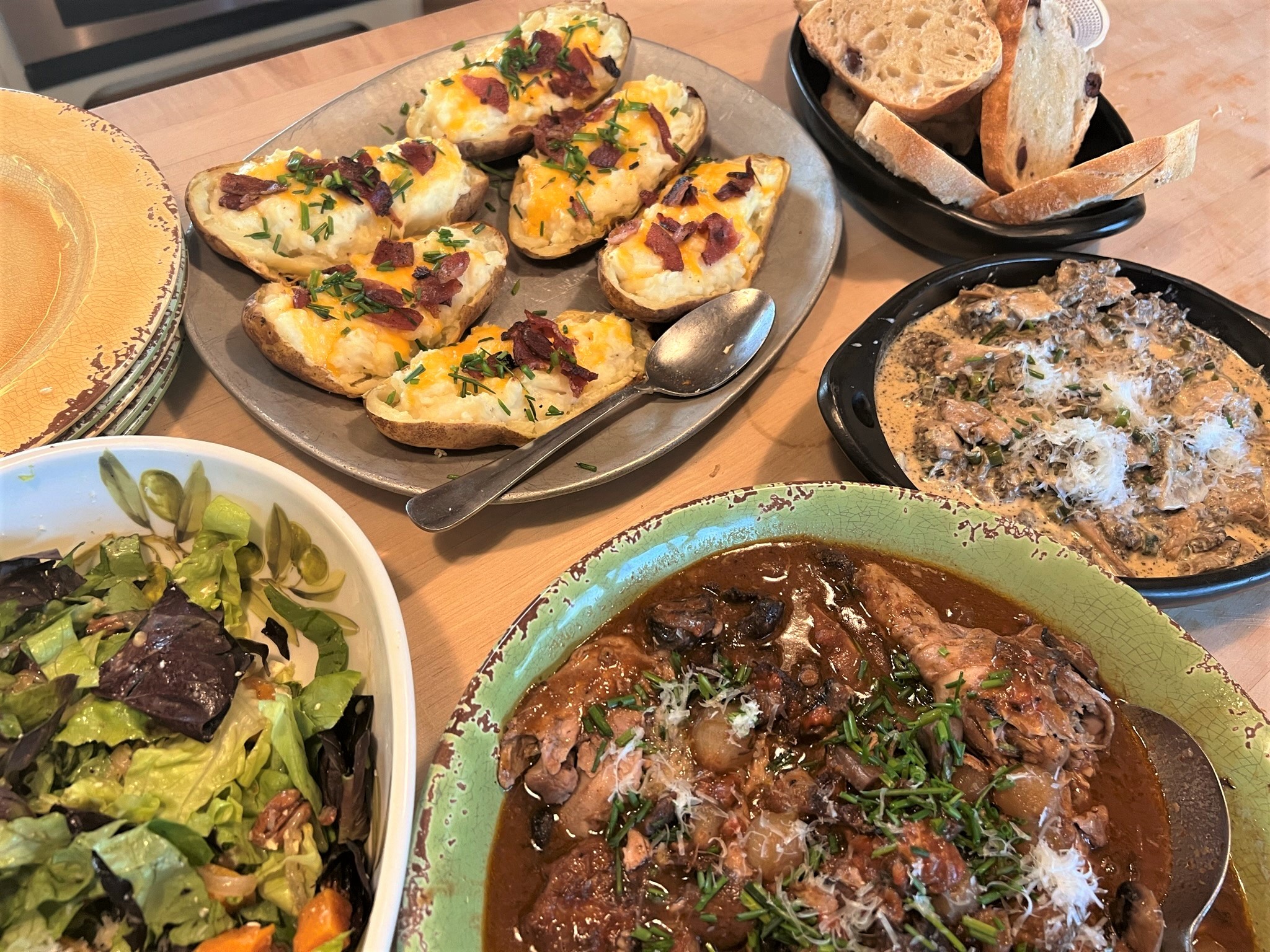 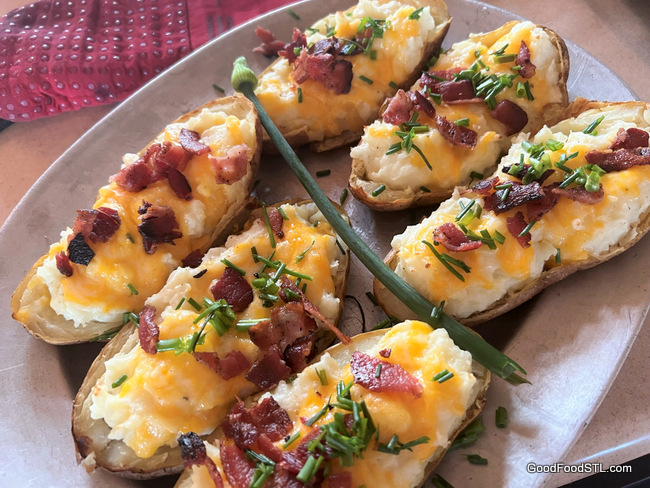 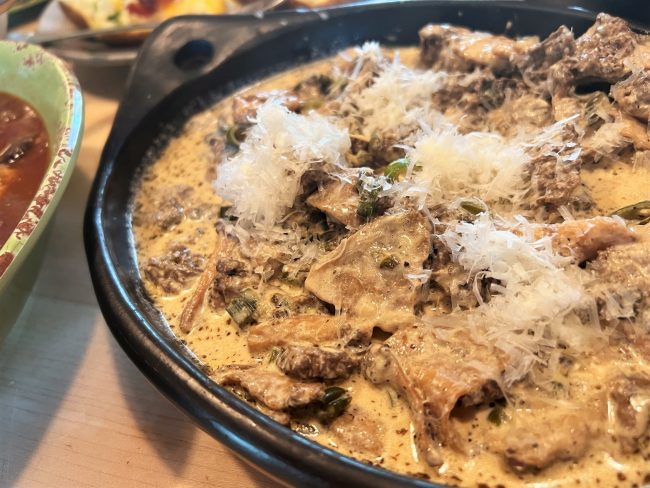 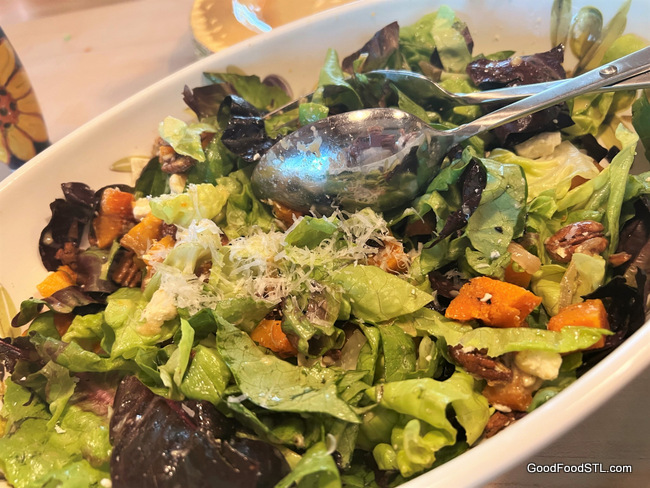 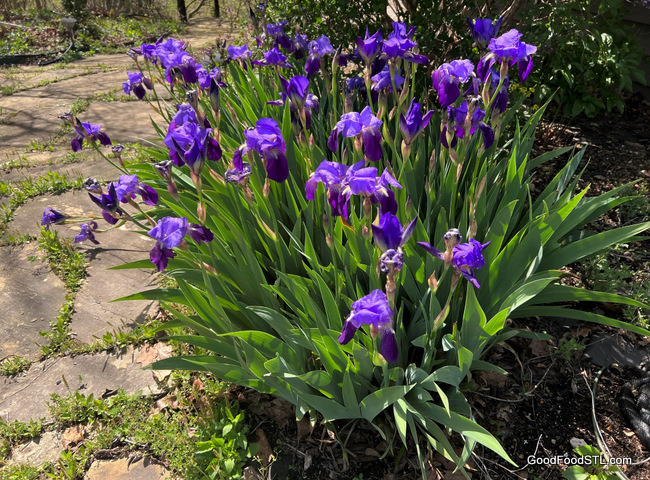 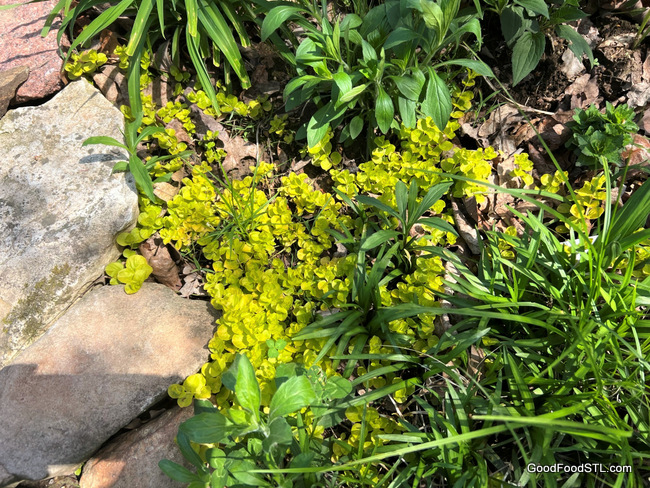 Creeping Jenny loves to fill the space between the cracks. 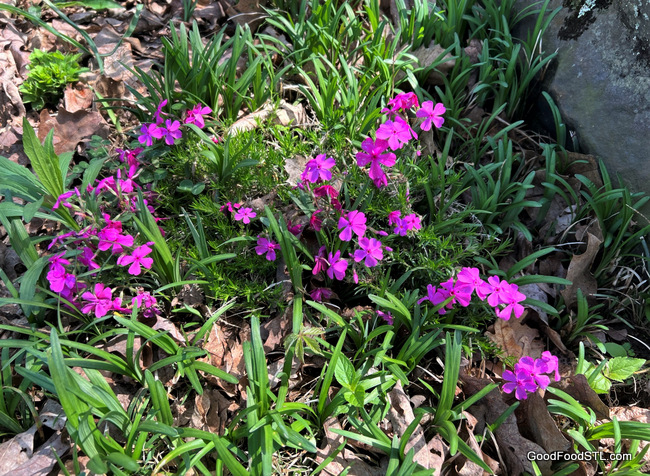 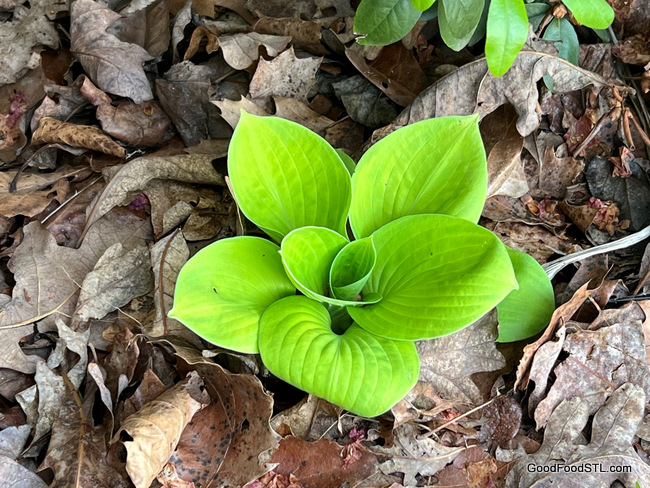 A Hosta springs to life amid the dead leaves. But nibbling deer too often get to enjoy the plants before I do.