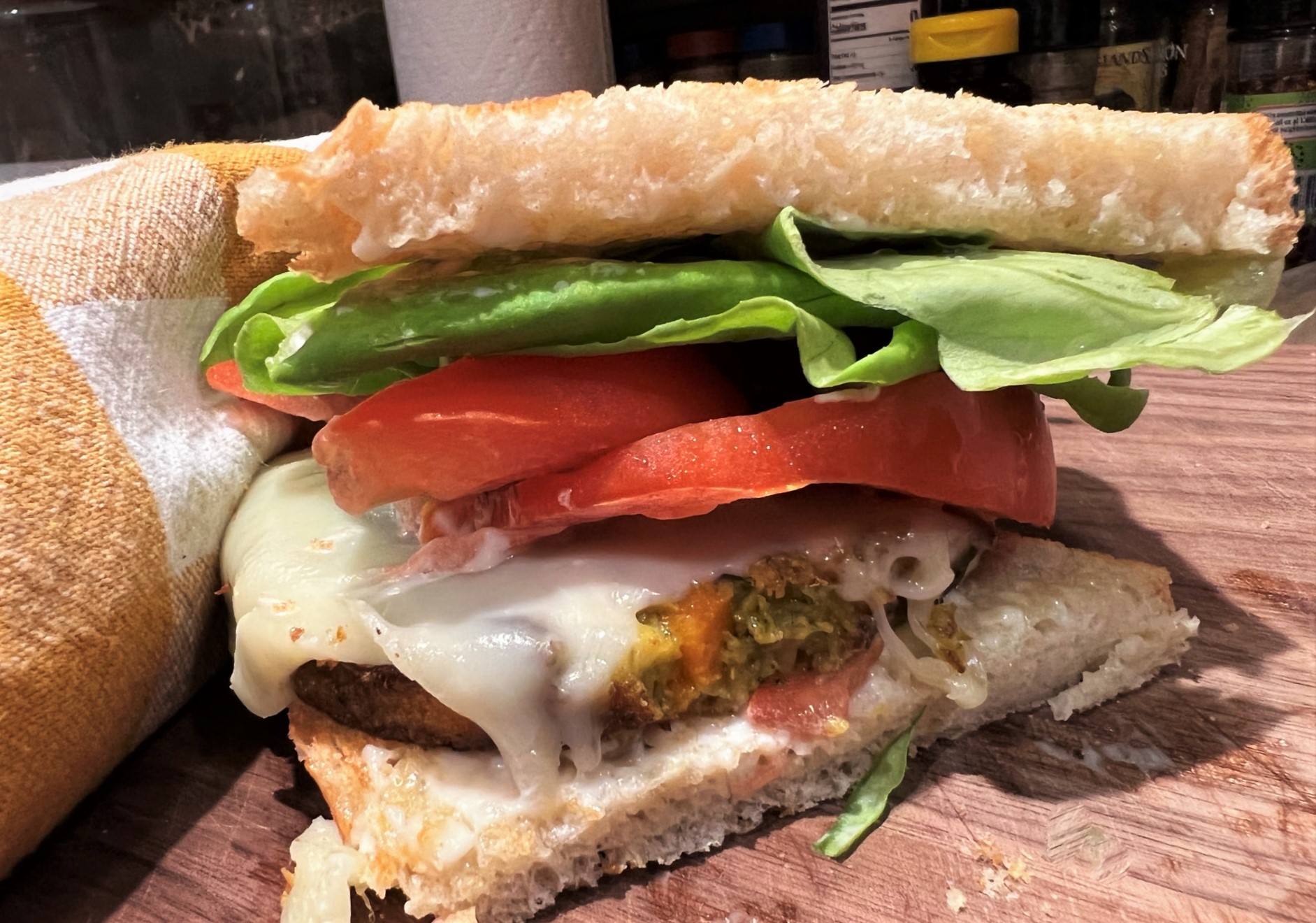 I recently made a sandwich using Dr. Praeger’s California-style Veggie Burger. Along with the patty, I loaded up two slices of sourdough bread with cheese, tomato, lettuce, mayo, and zucchini relish. Dagwood would have been proud of me. It became a VLT—veggie, lettuce and tomato sandwich.

Stick with Me Here

I apologize to all you carnivores out there. I know you’ll never get passed the first paragraph of this post. You eat meat, by Jove, always have; always will. Me, too.

But I confess to occasionally eating a veggie burger. I usually buy whatever’s available in the freezer section or one that comes in a pretty package. But I wanted the ultimate, plant-based patty without having to test the many products available.

I headed for You Tube. I came upon a video by Larisha and Andrew, a couple conducting a comparison of 12 different vegan burgers. Despite the length of the clip, I stuck with it. I learned that plant-based burgers vary substantially in flavor, juiciness, appearance, texture and ingredients. 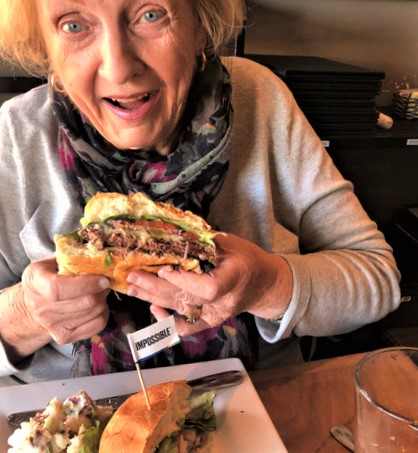 The Search for the Best Veggie Burger

The amusing pair performed their informal, non-scientific analysis only on vegan burgers. They excluded meat, dairy, and animal products from the experiment. (Veganism is just a stricter form of vegetarianism.)

After the entertaining video, the couple unveiled their preferences.

The Pick of the Patties

Some of the patties that Larisha and Andrew tested were dismissed as smelling like dog food or having the texture of sawdust. These listed below emerged as the top three favorites, at least, for the YouTube couple.

But the Washington Post picked the one that I had just recently bought at the grocery store: Dr. Praeger’s California Veggie Burger. They called it “great!” How’s that for luck?

The Battle of the Burgers

WaPo also included some good advice on selecting the best burger for you. Read the ingredient label, they said. If you want something that looks like a hamburger and has no taste of its own, (“the faux burger”), then go for one with an ingredient list headed by soy.

But if you want something that looks and tastes like the vegetables it contains, has good texture, and taste pick the one with lots of veggies. It’s your call. 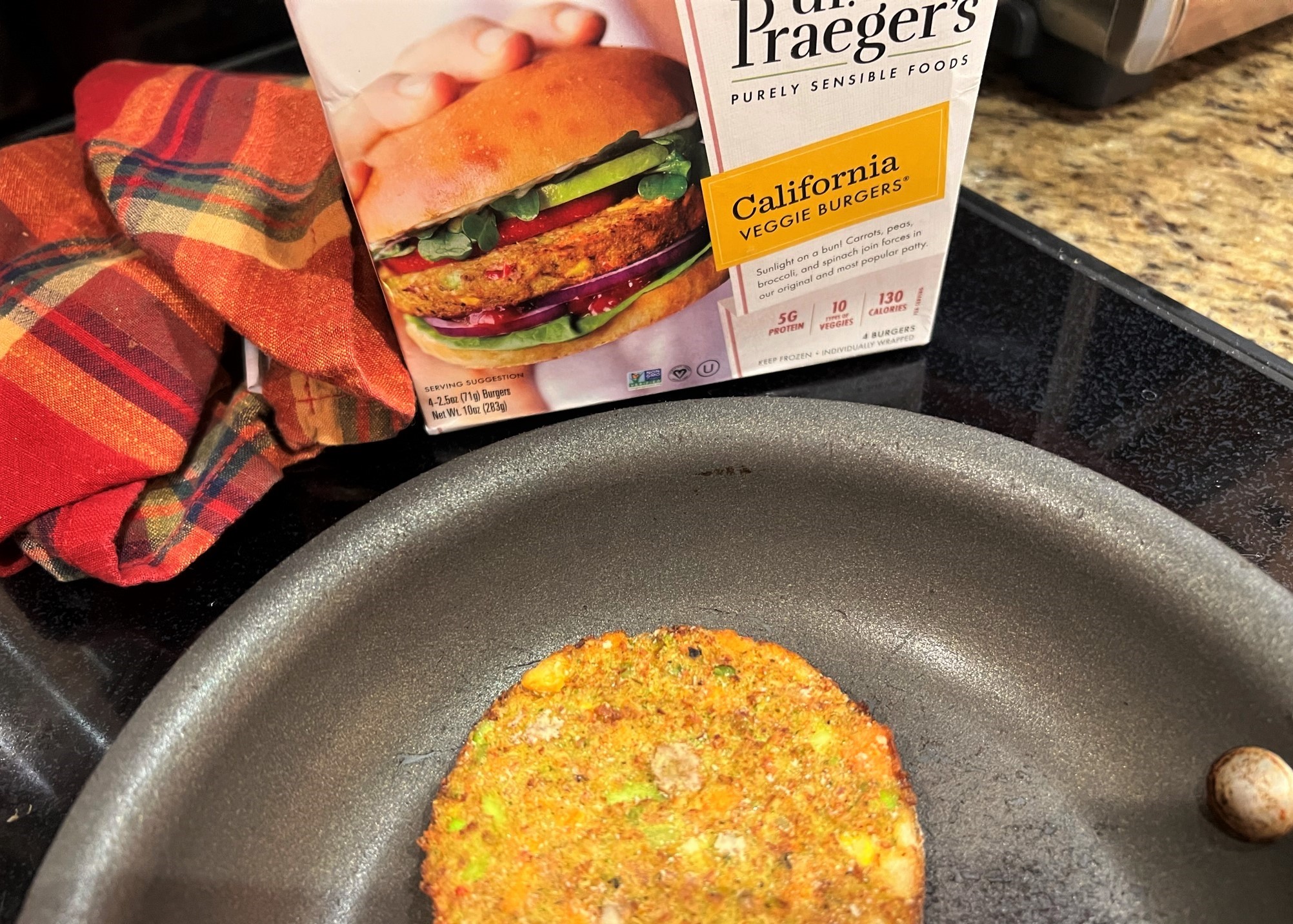 I did my own home test on Dr. Praeger’s California Veggie Burgers. It was a name I recognized after watching the video. And, besides, the package photo was appealing. To cook, you just heat for 7 minutes on one side and 5 minutes on the other. Done and delicious.

As the old saying goes, “You have to kiss a lot of frogs before you find prince charming.” The same is true of veggie burgers. If you’re looking for a restaurant burger rather than a home kitchen variety, there are lots of choices around town. You can’t go wrong with a plant-based patty, from any of these listed below—in no particular order.

(Let us know about others, you’d recommend for a veggie-burger-on-bun combo.) 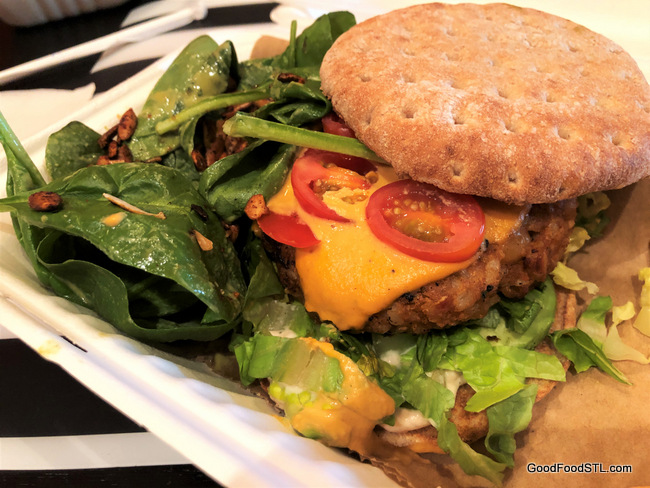 Veggie burger from Seedz in Demun 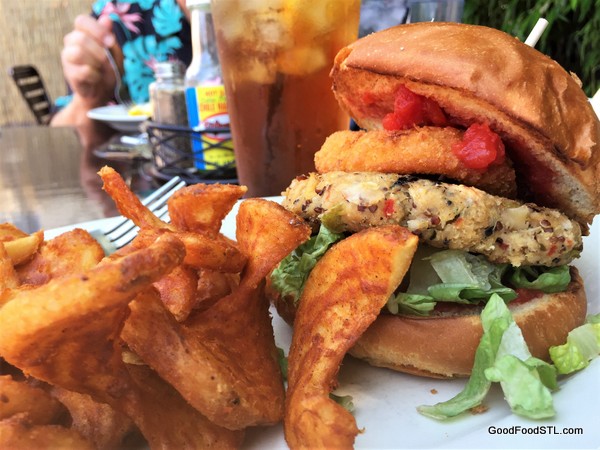 The Pros Weigh In

If you’re wanting to make your own black bean variety, the famed, food-science writer and chef J. Kenzi Lopez-Alt offers his Black Bean Burger. He calls it his favorite patty to make at home and one of his most popular recipes in the last decade among his readers.