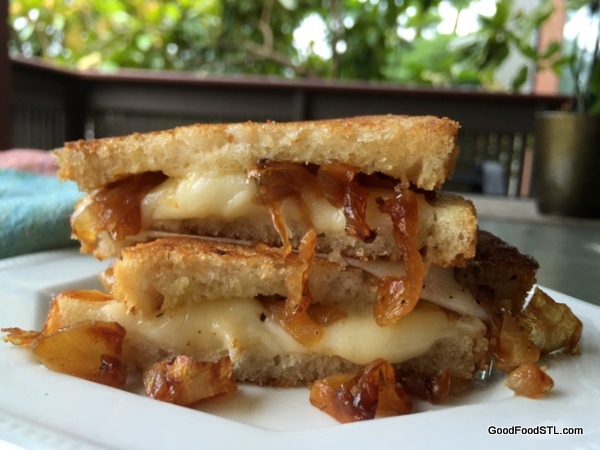 This is my usual grilled cheese sandwich, which I enhance with caramelized onions. Now I’ve found one that further ups the ante.

I recently spotted a fanciful take on everyone’s favorite—-the grilled cheese sandwich. Why, you ask, does the American classic need an upgrade? It doesn’t. But food gurus are never content to leave well enough alone.

Now I don’t usually rhapsodize over something so mundane that even kids can make, but this sandwich caught my eye. Its tower of ingredients would be the envy of Dagwood Bumstead. 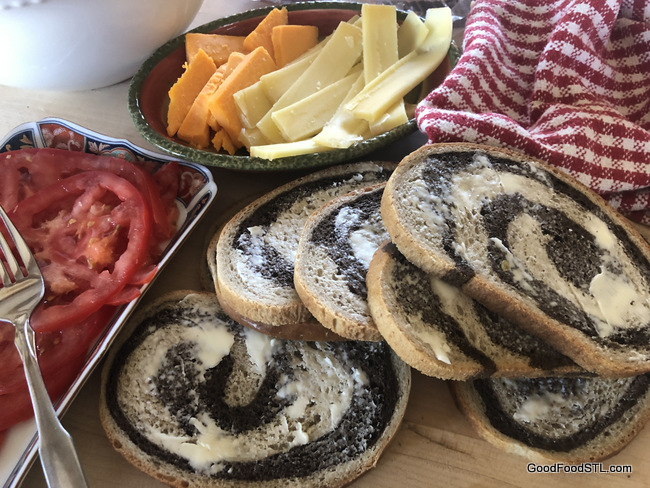 Butter the outside of the rye bread slices.

Besides Gruyere cheese, the recipe included sliced deli ham, tomato, and bacon all tucked between slices of marble rye, that had been buttered on the outside before hitting the kitchen grill.

I was surprised that the medley of ingredients tasted so much like a Reuben, even though there’s no sauerkraut or pastrami involved. Maybe it was the marble rye that gave the sandwich the punch of the old, deli favorite. 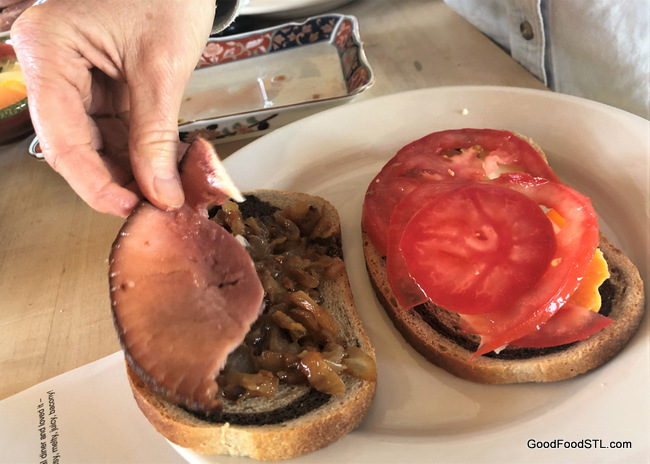 The Sweetness of Caramelized Onions

The sandwich got another blast of goodness from caramelized onions. If you’ve ever done this number on an onion, you know it takes from 45-60 minutes for the chopped onions to reach sandwich nirvana. When pleasantly browned and caramelized, these naturally sweetened onion bless anything they touch.

I sometimes make extra and freeze them to add pizzazz to a burger. The onions reduce by about half, so be sure to add more than you think you need.

What better way to greet spring, than with a playful, new recipe. 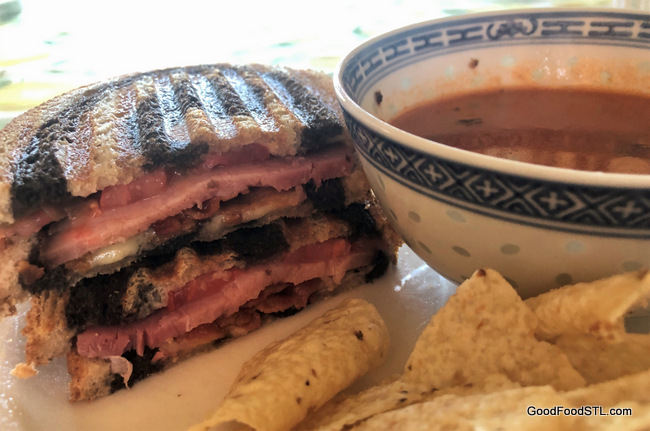 A new take on the grilled cheese sandwich. (This is the two halves atop each other, not a multi-layered sandwich.)