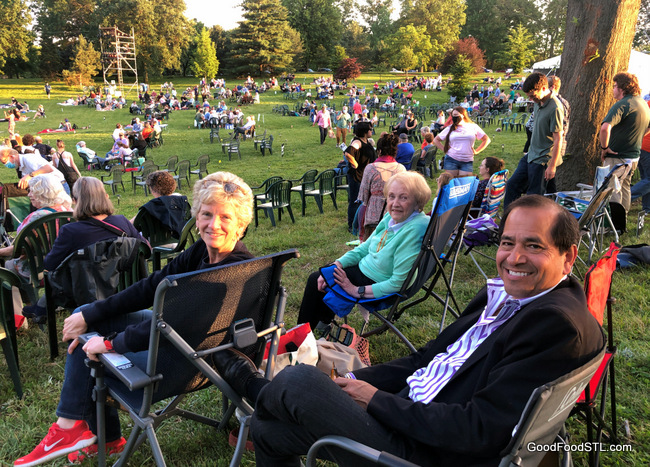 Shakespeare has returned to Forest Park. I missed him during his COVID absence last year. Yes, the Bard of Avon came to life again with the Elizabethan tragedy, King Lear. André De Shields, (Tony, Grammy, and Emmy award-winner) captivated the audience with a truly world shaking performance.

The saga of the hapless monarch testing the love of his three daughters while trying to weather the storm of his own mental unraveling is as poignant as it was more than 450 years ago.

If you’ve not had enough drama in your life this past year, here’s your chance to see a superb performance. You can BYOB (Bring Your Own Blanket) and toss it on the grassy knoll as in years past or for a fee you can have your own “pod,” a euphemism for the 7×7-foot squares scattered about the area in keeping with COVID spacing. (Ticket info) 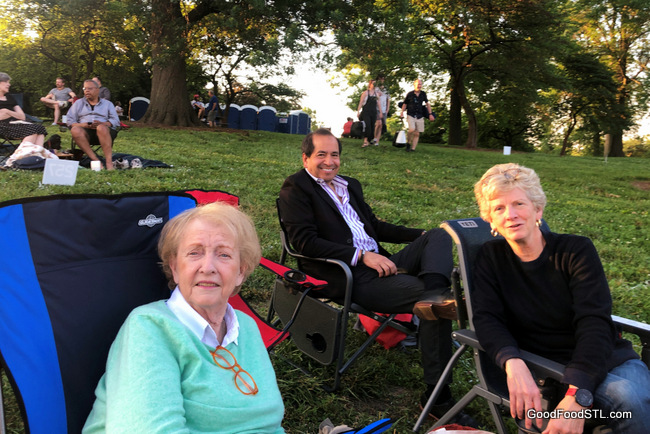 My pod people provided refreshment, which added to the enjoyment of being outdoors on such a warm/dry evening. In deference to today’s audiences, rap music filled the air before the show and performers had an updated wardrobe.

Each outlined pod hold six people. You can toss a blanket in your pod or cozy it up with a lawn chair. All I had at my condo were a few uncomfortable, wooden fold ups.

So, one evening, before the performance, I ambled into Home Depot to check their supply. They had only one variety. Upon testing it, I found it did not conform well to my anatomy. I went across the street to Menard, where they had a dozen, or more, choices, enough to fill the shelves of an entire row.

Goldilocks to the Rescue

Now the problem was which to choose from such plenty. I felt like Goldilocks trying out several chairs—one was too fragile, another too heavy and costly. Ahh, but the third was just right.

When sacked it looked like a cloth golf bag and a little cumbersome, but it was comfortable enough to get me through the performance, which is nearly as long as Gone with the Wind. I justified the price of the chair by convincing myself that I I might be able to use it at the beach sometime. 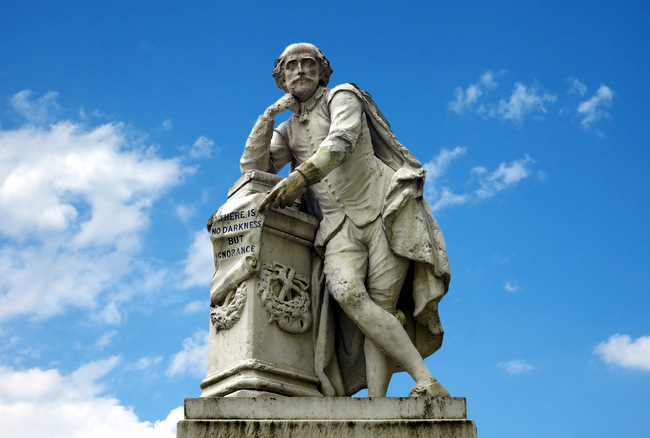 Statue of William Shakespeare in Leicester Square in London

A Man of Many Words

Being a word nerd, I’m always intrigued by Will’s use of language. If he didn’t have the right word, he invented one. I do that, too, but they are generally seen by my readers as mistakes in usage.

Of the hundreds of new words created by Shakespeare, some came into the English language and others didn’t. Those that made it include, bandit, critic, elbow (as a verb) green-eyed, lackluster, lonely, dwindle, swagger and skim-milk.

Those words are not new or strange to us, but they were to the bard’s Elizabethan audiences. He especially liked to add “un” to an existing word, creating more than 300 such newbies as unfortunate, unaware, unreal, undress, and uncomfortable.

A replica of Shakespeare’s 1599 Globe Theater in London. For a penny (the price of a loaf of bread), audiences got to stand in the open pit. For a few shillings, the more prosperous got covered balcony seats. The original Globe was destroyed by fire during a performance of Henry VIII and the replacement later demolished by the Puritans.

If They’d Had a Food Stand

If they’d had a food stand at the Globe Theater, your meal (depending on your social status) might have included, hedge hog, fried peacock, periwinkle (snails), wild boar, marzipan, sallet (salad), or posset (pudding).

Thanks heavens, Shakespeare’s plays outlasted the food of the day.