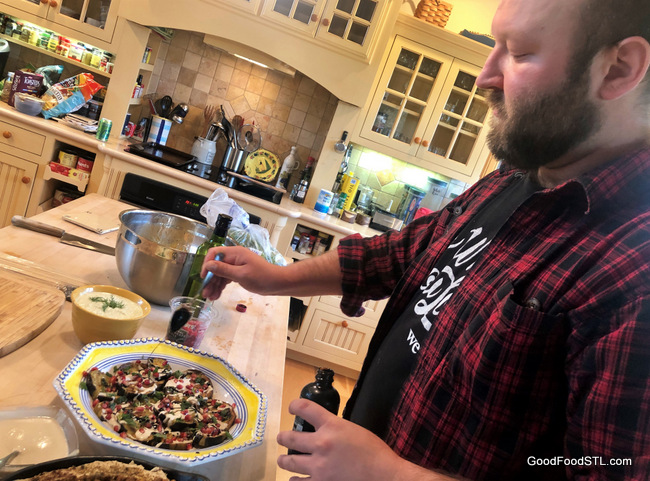 If you’ve not traveled recently, you might consider a culinary tour from your kitchen. This weekend at the farm we did just that. We “travelled” to the Mediterranean, The South, Mexico, Italy, and the Ozarks.

Here’s what wound up on our plates:

My grandson, Austin, began our weekend tour with a Mediterranean adventure. 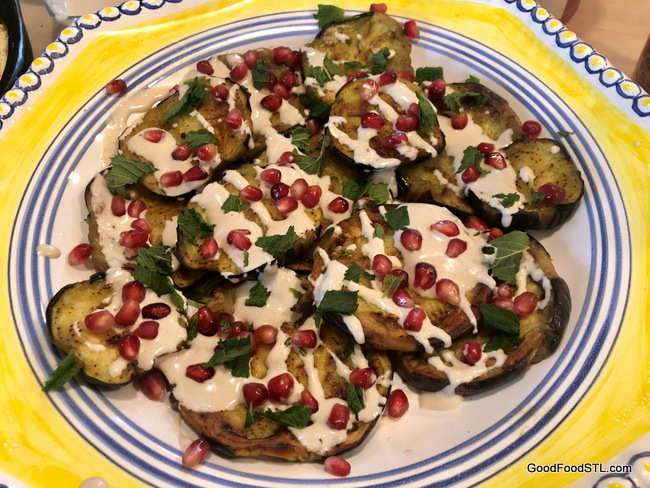 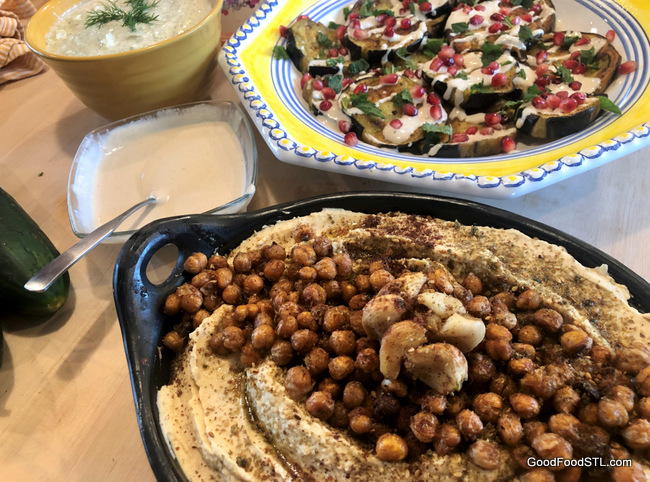 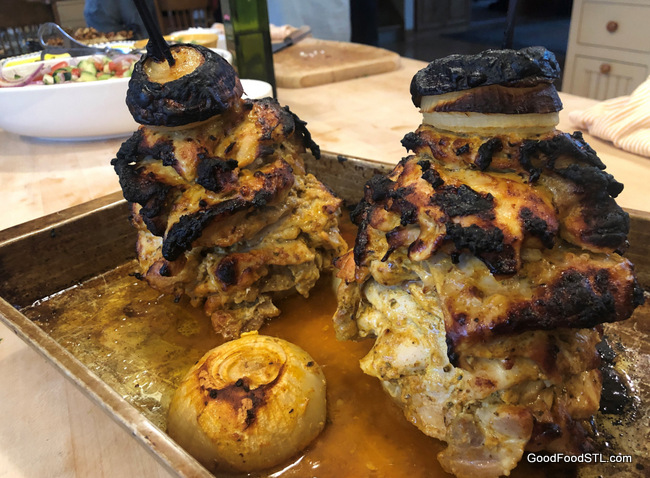 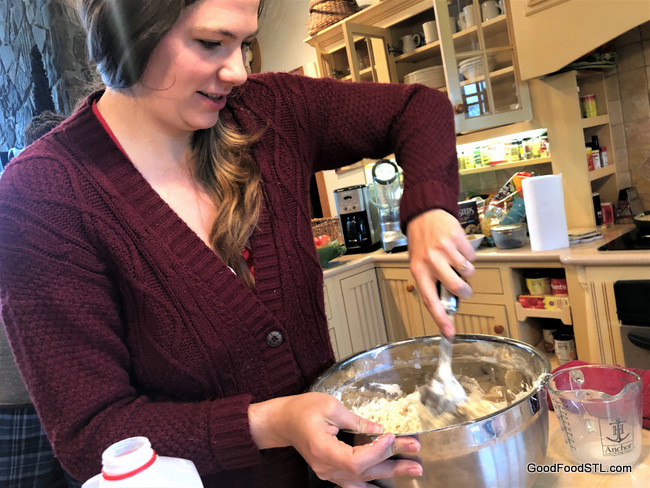 The next morning, Emily and Dylan Salata took us on a quick “trip” to The South with their homemade biscuits and sausage gravy and mixed fruit bowl. 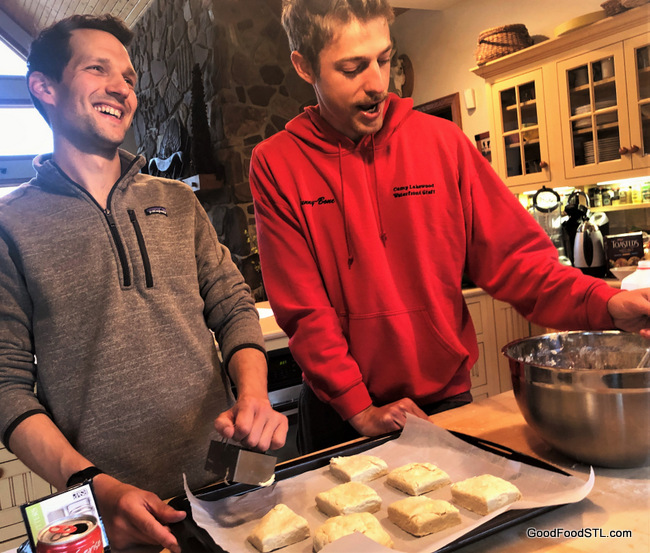 Dylan Salada gets some assist from Greg Powell in cutting square biscuits. 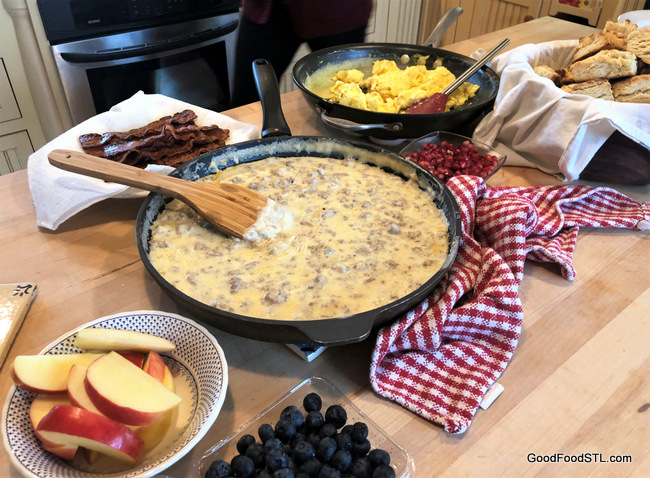 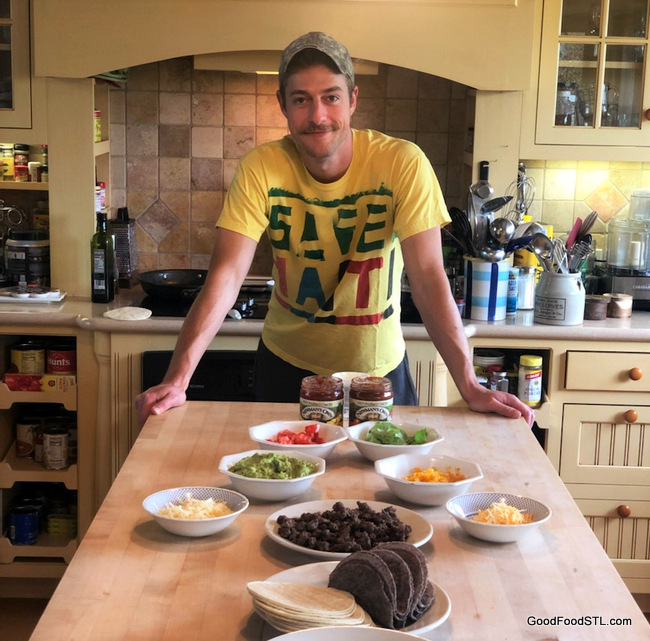 For lunch Greg took us on a “vacation” South of the Border, as we munched on his luscious venison tacos with all the trimmings.

Our Italian menu was homemade pizza prepared in the outdoor cob oven. It was one of those projects that “took a village.” Fortunately, there were lots of participants to join in rolling the dough and fashioning creative toppings. We stayed on theme with a dessert of Sicilian Orange Bundt Cake. 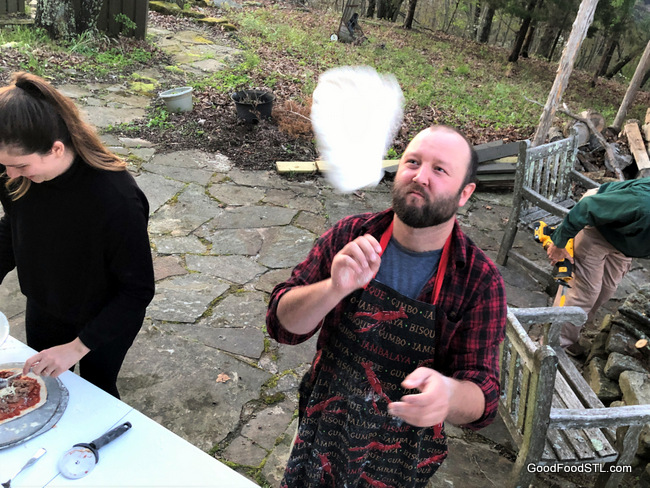 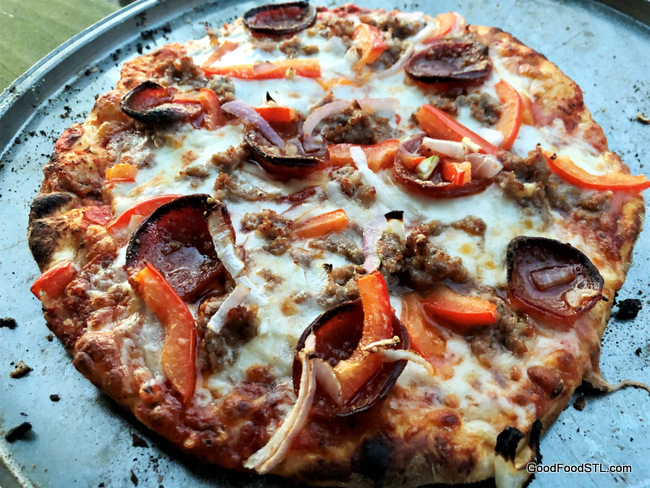 A perfect pizza pie just out of the cob oven!

Breakfast in the Ozarks

Next morning, Austin threw together a sausage-egg breakfast casserole, using many of the leftovers. 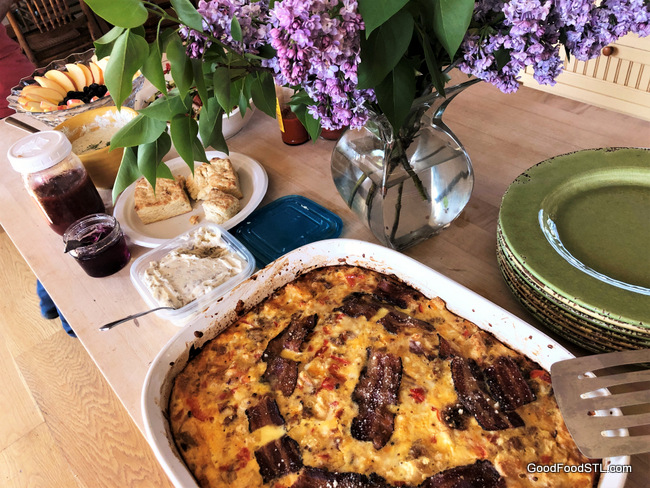 We had only apples and blueberries left for a fruit bowl. Even so, Jessica Cole was able to make an artistic presentation with what she had. 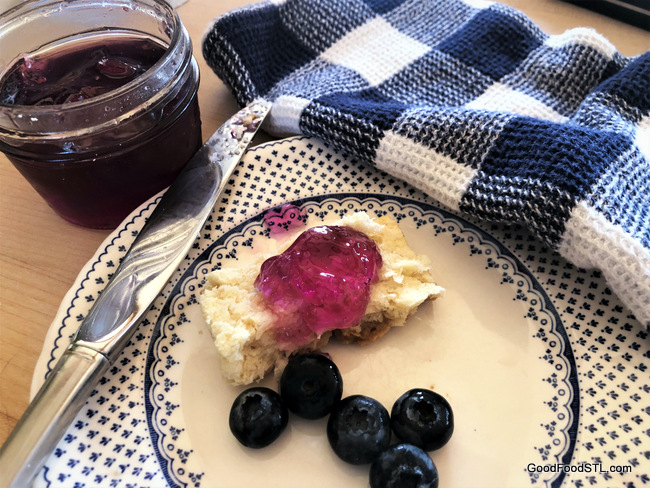 Isn’t this the prettiest colored jelly you’ve ever seen! It was made from violets by Emily’s friend Keli Snow in Kansas. Keli sent the recipe, which I will post later this week. 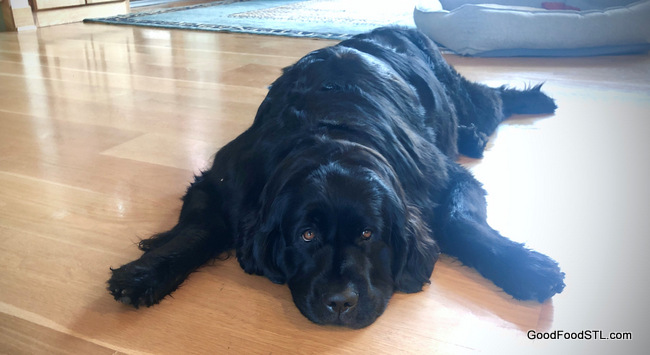 Travel can be both filling and tiring.