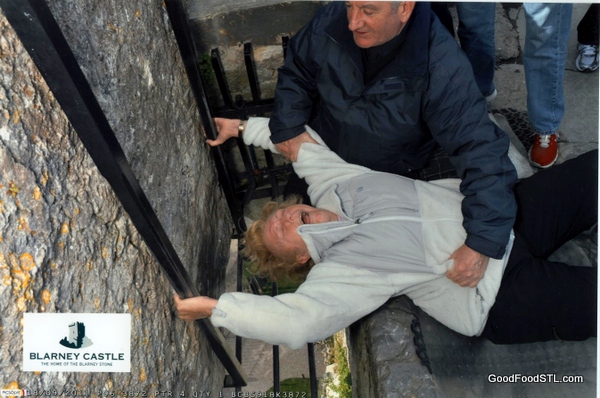 The first time I kissed the Blarney Stone I nearly “lost my head”, when the “castleman” who assisted in the backward maneuver shoved my head downward, making me think it was going to fall off and roll down the hill. As you can see I came up swinging and spouting a few words I don’t customarily use.

Top of the Mornin’ to Ye

St. Patrick’s Day is one of my favorite holidays. It requires no gifts, expensive fireworks or costumes, and no long speeches or lavish meals. You can celebrate anywhere with anybody, because everybody’s “a little bit Irish” on St. Patrick’s Day.

Truth be known, St. Patrick wasn’t even Irish. Maewyn Succat (his birth name) was born in the British Isles to Roman parents. So I guess that makes him Italian. All the more reason to observe the day on The Hill, if you chose. 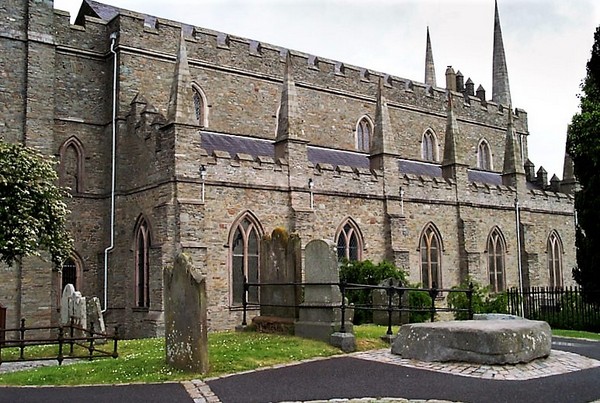 St. Patrick’s gravestone at Downpatrick, North Ireland. When I first visited Ireland in the 90s, there were no long lines; no tourist shops or tee-shirt and trinket sellers at the site. Neither were there any highway signs hawking the location. There was just an ancient and unpretentious flat, stone-marker on the lawn of the local cathedral.

If you just want to add a little green to your menu—something besides lime Jello, tinted cupcakes, or green beer, this old Irish recipe should please your clan: Irish Shepherd’s Pie. It’s one of those dishes that comes from humble beginnings, having been born out of food shortages and hard times. Perfect for 2020-2021.

While Americans eat the ancient pie primarily on March 17th, it’s year round pub grub in the Irish and English countryside. The meaty-vegetable concoction topped with mashed potatoes is so named because it contains lamb. Mid-westerners are traditionally beef-eaters rather than lamb-lovers, so the beef version is often called Cottage Pie or Cowboy Pie. 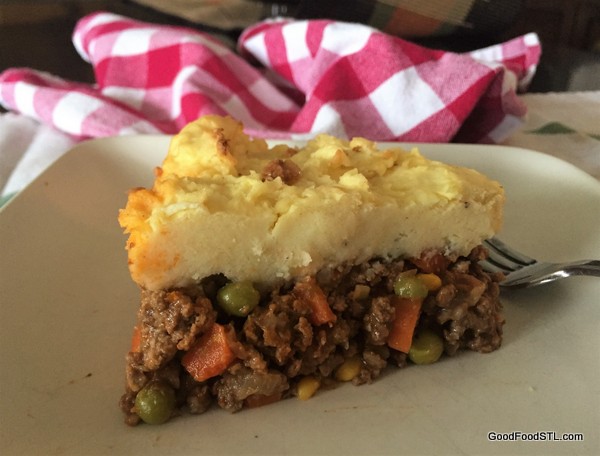 I read Alton Brown’s take on the Celtic meat pie. Alton has never let me down, so I was inclined to his recipe from the git go.

I read through some of the 400 comments on the dish—more than 90% were favorable. I like reading the comments, because you find hints from others who have made the recipe.

Most thought that lamb was the perfect meat to use, albeit a bit pricier than ground beef.

I usually add some chopped celery and increase the amount of potato topping. A sprinkle of grated cheese atop the potato layer adds a nice touch. 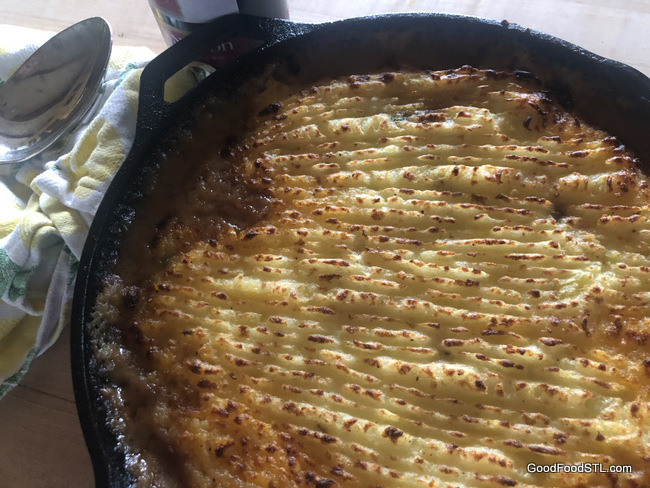 My grandson, Austin, showed me how to use a fork to make ridges in the potato topping so the dish browns more interestingly.

Noteworthy: Sadly, the Ancient Order of Hibernians’ Dogtown parade in St. Louis was cancelled this year. And the City’s march went virtual.

The Knights of St. Patrick at MS&T mask up for their “reverse parade.”

At MS&T in Rolla, students designed an innovative, reverse parade this past weekend. Viewers drove their cars down the parade route to observe the parked floats and entertainment. You can’t keep a good saint down.

« Foods We’ve Bid Farewell
Collecting in the Kitchen and Elsewhere »