This simple egg, milk, sugar, bread and vanilla concoction is one of my favorite go-to desserts. It’s quick to assemble from on hand ingredients and loved by young and old.

But have you noticed how much bread puddings can differ in looks, texture and taste?

I scanned my photo file and found that I’d eaten (and photographed) a number of bread puddings around town. They vary so widely, I can’t believe they all have the same name. Apparently, there’s a lot of customizing of the old, family recipe. Take a look:

A Gallery of Puddings I’ve always added raisins, believing a respectable pudding should have at least a handful. In recent years, I’ve turned to dried cranberries as a colorful alternative with good results. If you have time to soak the cranberries (or raisins) for a few hours in bourbon, all the better. I also give my bread puddings a water bath. That is, when cooking I set the baking dish inside a larger dish that’s half-filled with water. It prevents delicate foods like puddings and custards from burning, drying out or curdling. I’ve also tried various bread mixtures, but settled on biscuits (torn into pieces) as my preference. 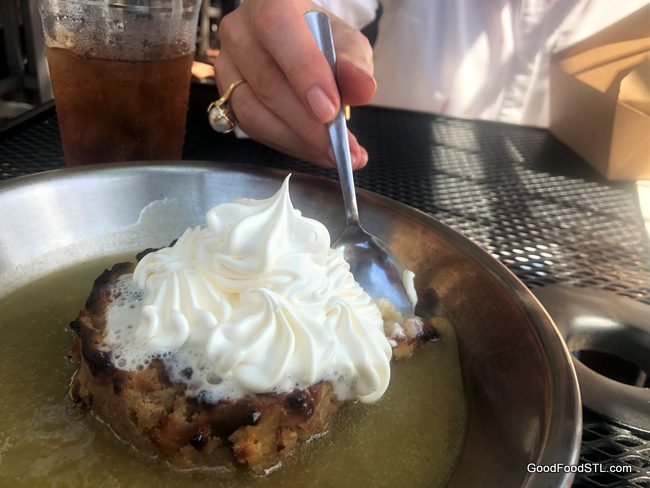 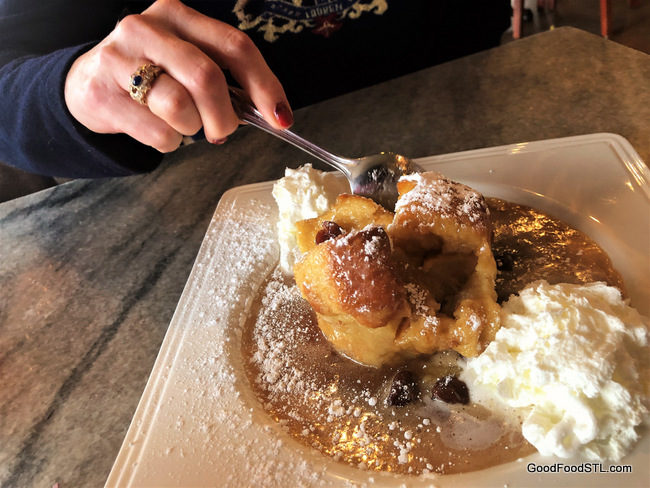 The eggy concoction can be enjoyed topped with ice cream, whipped cream, or maple syrup. But a rum or whiskey sauce will also enlivens the dessert. In recent years, I’ve cut the amount of sugar in my recipe by half, which I much prefer. Best of all, the versatile dish can be served hot or cold for breakfast, brunch, lunch, dinner or as a snack. Yes, bread pudding is an art form open to individual expression. Some recipes include mixed fruits and even chocolate.  I’ve not yet used cinnamon bread in the mixture, but have been told it works well. Hmm . . . maybe a blend of cinnamon bread and biscuits.

Find the one that suits you and go for it!

« It’s a Wrap: Lettuce Wrap That Is
Sicilian Stuffed Peppers »