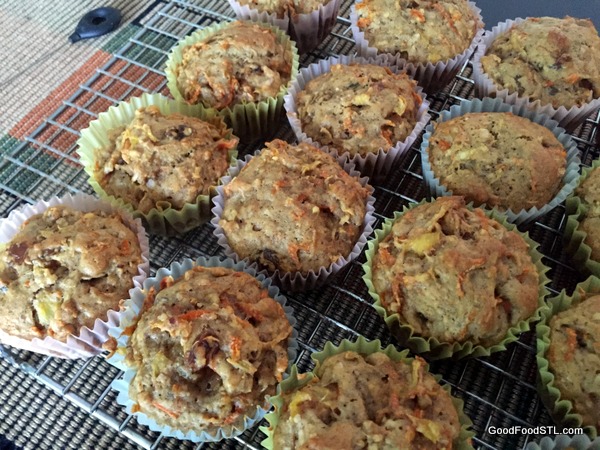 We often remember important happenings by recalling, where we were or what we were doing at the time. When Pearl Harbor was bombed, I was in the family Oldsmobile, listening to the radio while on a carefree, Sunday afternoon drive.

When I heard that Kennedy was shot, I was standing in line at a church supper. The meal continued, but with everyone in a very somber mood.

Last week’s election news found me in the kitchen preparing to make Morning Glory Muffins. Given the long-awaited outcome, the recipe name was quite fitting. I continued my baking with a song on my lips and a spring in my step. 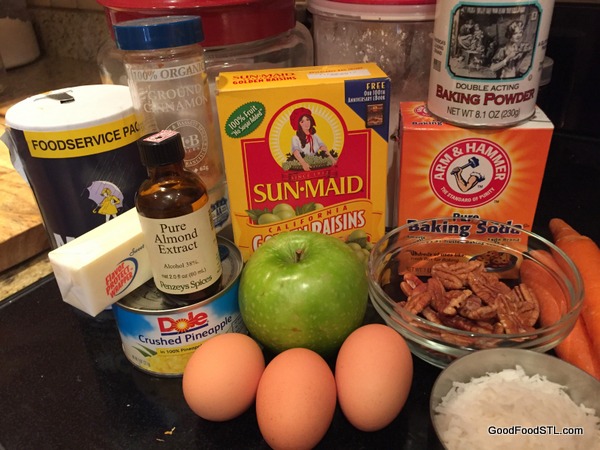 I had made these muffins before. The recipe is in Chris Kimball’s The Complete Cook’s Country TV Show Cookbook, that I bought when he spoke in St. Louis several years ago. The hefty 564-page volume includes every recipe from all eight seasons of the show.

There are several versions of this classic on the Internet, most include oil. The one at Taste of Home is supper zippy. But America’s Test Kitchen removed the oil and cut the fat in the original recipe by half. That’s the recipe I’ve shown below. So take your choice in keeping with your dietary concerns. Whichever you use, I think that chopping the apple into small pieces rather than grating it, adds even more to the muffins’ chunkiness and flavor.

The recipe includes many of the ingredients found in Hummingbird Cake, the old favorite, that every housewife made in the seventies. (The banana-pineapple-coconut, walnut concoction was Southern Living’s most requested recipe in the magazine’s history.) Any kin to that cake is bound to be good. 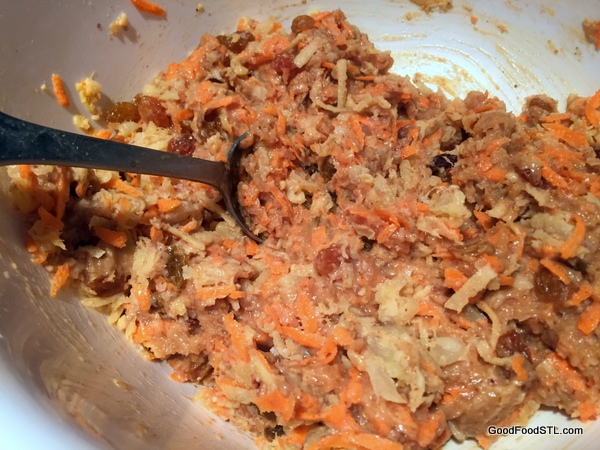 Batter of carrots, nuts, raisins, pineapple, apple, and spices. I’ve made these in a mini-muffin tins, but prefer those made in a regular size pan.

Divide batter evenly among muffin cups. Bake until toothpick inserted in center of muffin comes out clean, 24 to 28 minutes. Cool in tin for 10 minutes, then turn out onto wire rack. Serve warm. (Muffins can be stored in airtight container for 3 days.)

« Joe Biden: My Heartwarming Story
Who Was That Masked Man? »