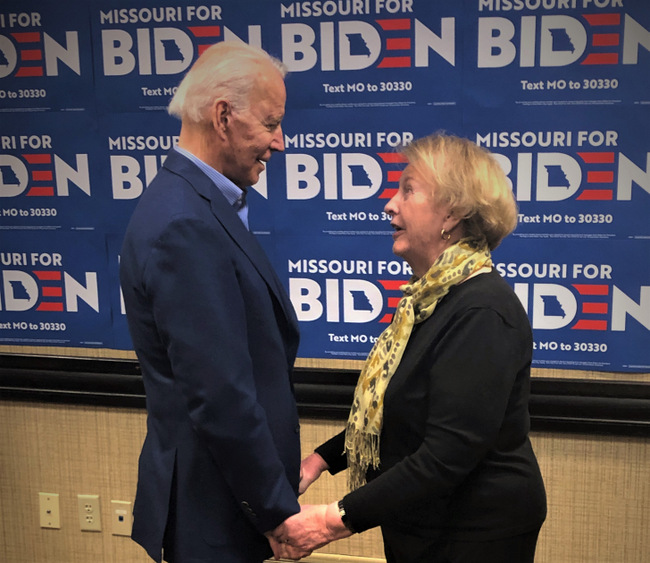 Before the Covid outbreak, when we could hold hands and speak to each other eye to eye.

It’s always a treat to see my old friend Joe Biden. I last saw him when he was in St. Louis for a fundraiser, pre-Pandemic. I reminded him how much his thoughtful words had meant to me when we served in the Senate together.

I recalled a story Joe told me in 2001, when I was sworn in as Missouri’s first woman Senator three months after the loss of my husband, son, and friend in a plane crash. In my book, Don’t Let the Fire Go Out, I related the incident and tell it today, because the memory always warms my heart. 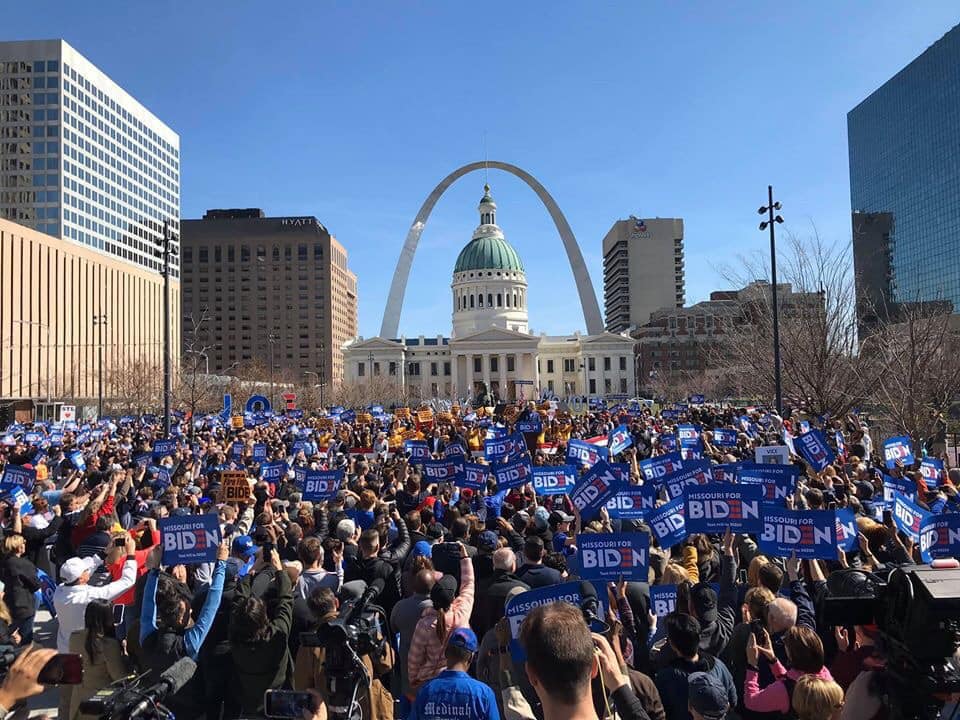 A sea of BLUE!

“I Want to Tell You Something You Need to Know”

Back in 2001, I had just taken my oath of office in the Old Senate Chamber of the U.S. Capitol. It was the same place Henry Clay, John Calhoun, and Daniel Webster had served during the early days of our country.

As I stepped down from the historic dais, waiting there for me was Sen. Joe Biden, who had just been sworn in for a new term. He had lingered behind with the express purpose of speaking to me. Taking my hand, he looked me straight in the eye and said, “I want to tell you something you need to know.”

Joe said, “I first came to the Senate just weeks after I loss my wife and daughter in a car accident.” I nodded my head acknowledging that I remembered the tragic incident. In 1972, his wife and one-year-old daughter had been killed while Christmas shopping.

He pointed up toward the dais on which we had both just stood and said, “Back in 1973, just as I stepped off that dais, angry and deeply grieved by the loss of my family, waiting for me right here in this very spot was Sen. John McClelland of Arkansas.

“McClelland grabbed my hand and looked me sternly in the eye and said, ‘Work—hard work—that’s what you need for what you’re feeling now’ . . . and he turned and walked off.”

Biden said, “I thought to myself, you old buzzard.” (Though as I recall Biden used a bit harsher word.)  “How do you have the nerve to say that to me? You have no idea how bad I’m hurting or how tender my heart is with pain.”

Joe paused before he continued. “Later I found out something I didn’t know about McClelland. The Arkansas senator had lost his wife some years earlier to spinal meningitis, followed by the death of all three of his sons—one in World War II . . . one in an auto accident . . . and another in a plane crash.”

Joe was passing on to me—in a much more gentle way—the wisdom he had gained from the old senator. I took the message to heart and dived into my duties headfirst, working 12 to 14-hour days six to seven days a week. I have been forever thankful for his stern, but meaningful counsel. His advice helped me heal.

Albert Schweitzer spoke of “the fellowship of those who bear the mark of pain.” Indeed, there is such a common bond that exists. I found it among members of the U.S. Senate on both sides of the aisle.

Yes, Joe understands healing. The greatest task of his life will be to heal our land. Godspeed, my friend!