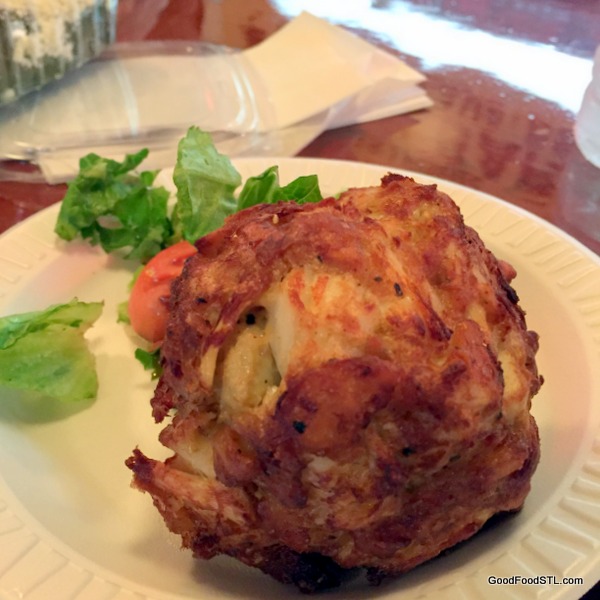 I hate to admit it, but I’ve found few crab cakes in the Midwest worth re-ordering. I’m spoiled. I’ve been to crab cake mountain. There’s nothing to compare with Faidley’s krabby croquettes. For the last 30 years I’ve enjoyed these stupendous baseball-size bits of joy. Four generations of my family have eaten them, as well. We’re hooked.

The only problem: Faidley’s is located in a fish market at the Baltimore harbor. You can buy their frozen crab cakes on line, though the cost will put a dent in your retirement account. And no wonder. It takes 40 lbs. of crab to harvest one pound of jumbo, blue lump crab meat! 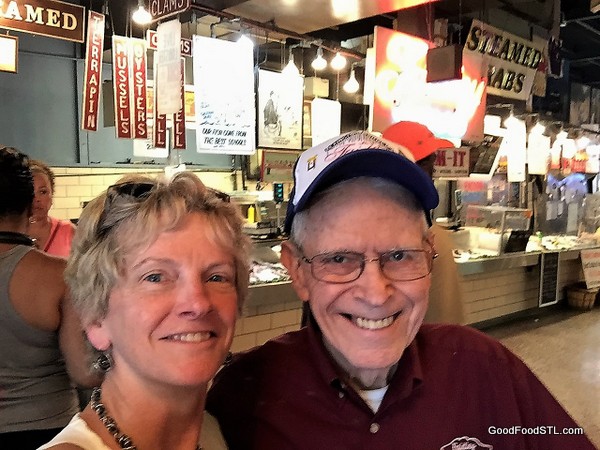 Robin visits with Bill Devine, co-owner of Faidley’s Seafood. He’s a Missourian. Though I only see him every 3 or 4 years, he always recalls that my father-in-law often stopped by when he lived in DC during his time in Congress.

Woman’s Day magazine, many years ago, printed Faidley’s recipe. I was so excited! Since then, when I get an urge for an honest-to-goodness crab cake, I pull out the instructions. In recent years my family has made and served them each Christmas. 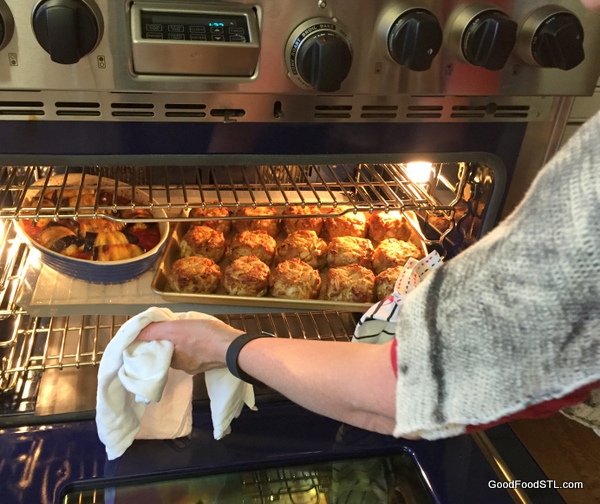 Crab cakes can be fried or broiled 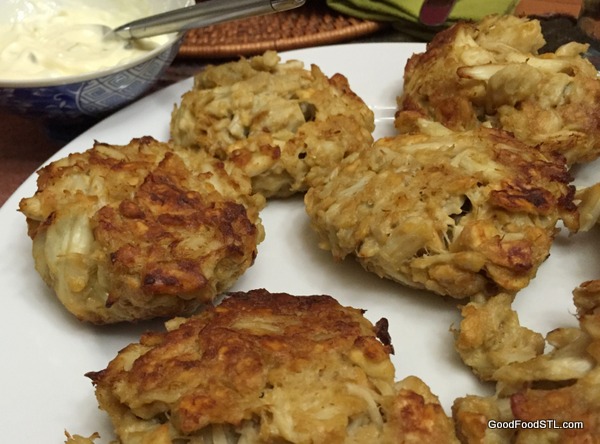 Advice from a Pro

The key to a fluffy crab cake is to use large, lump pieces and to handle them as gentle as you would a newborn kitty.

Surprisingly, Bill Devine’s recipe doesn’t call for Old Bay Seasoning. Bill once told me (while I was downing the best crab cake I’d ever eaten), that spice mixes mask the flavor of the crab. He also noted that cracker crumbs make for a better texture than bread crumbs.

A good crab cake starts with the best crab and the least handling.