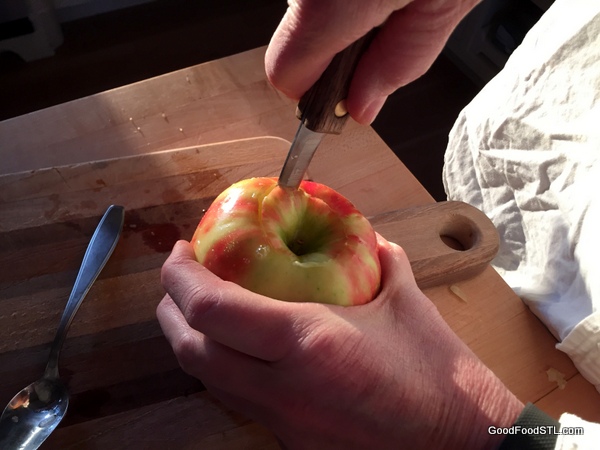 A old Welsh proverb says: “Eat an apple on going to bed and you’ll keep the doctor from earning his bread.” Americans, of course, shortened it to: “An apple a day keeps the doctor away.”

Researches at Cornell University say there are health benefit from eating apples, but only if you eat the skin, too. The nutrient-rich skin has anticancer and antioxidant properties. The antioxidants in one fresh apple equals 1,500 milligram of vitamin C.

Their findings caused researchers to conclude that eating whole fruits and vegetables was more beneficial than dietary supplements. The study also found no statistical difference in doctor visits among those who ate a daily apple and those who did not. But when it came to medications, it was a different story. Daily apple eaters used fewer prescription drugs.

Are We Getting the Benefits? 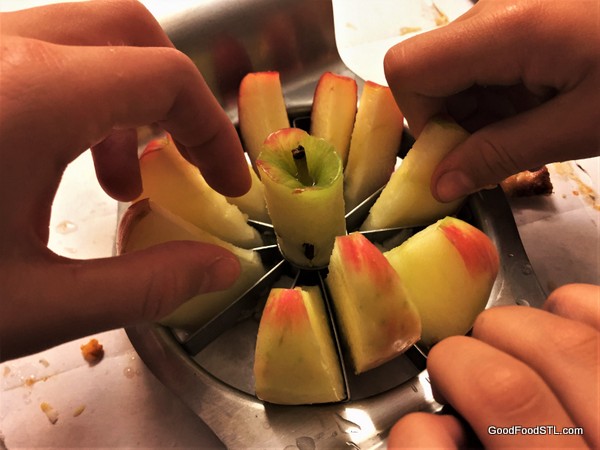 The easy way to core an apple.

So how many apples are we eating? Americans consume about 20 pounds a year, about one apple a week. Not near enough to get the full benefit apples have to offer.

Apples can be eaten in many form, for any meal, as well as for snacks. Think about these little gifts of Eden. They can be fried, baked, made into pies, cobblers, cakes, muffins, jelly breads, fritters, tarts, salads, sauces and vinegar. Or just enjoyed raw.

One of my earlies memories is sitting in my grandmother’s lap while she fed me scraped apple. She had bad teeth, so she would cut an apple in half and scrape the inside with a spoon. I thought it was especially juicy, almost like applesauce. I tried later to replicate what she did, but apparently they don’t make apples like they used to, because it turned out to be a  juicy mess. 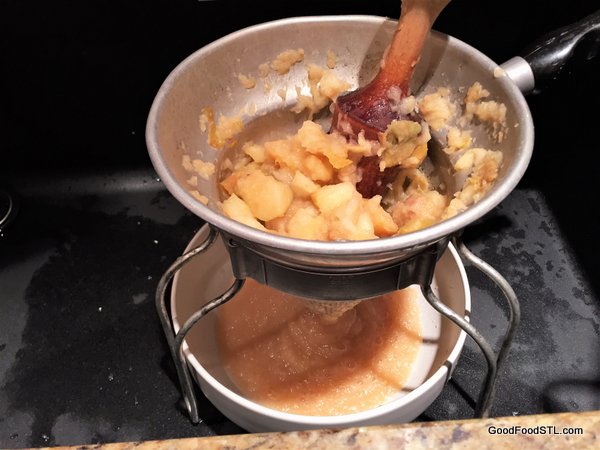 I eat about a half apple a day, usually with my morning fruit-yogurt breakfast. Research indicates that just three apples a week delivers on the health benefits. I guess that puts me in the safe zone.

More Reasons to Eat An Apple a Day 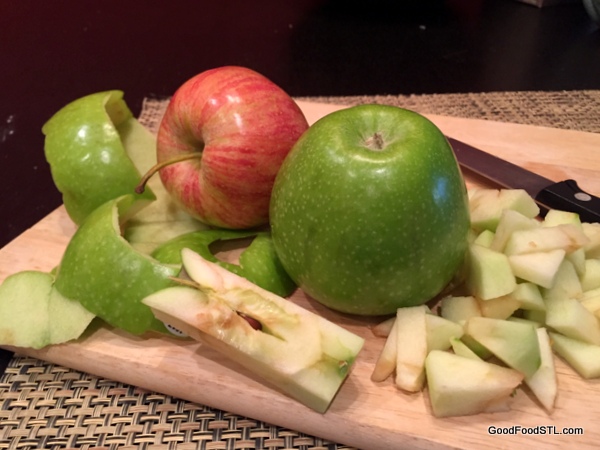