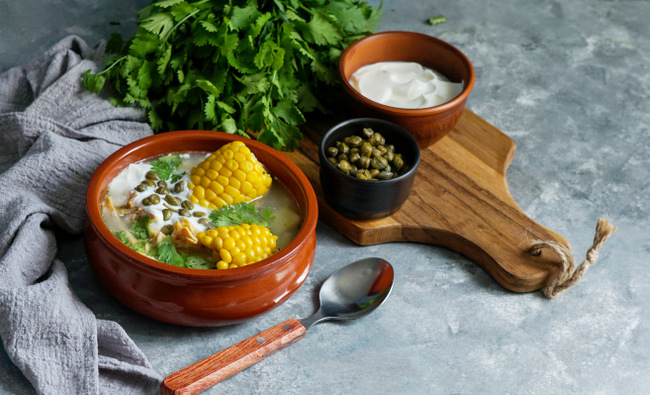 I hung out with Robin and JC at the farm this past weekend. We decided to make our meals from whatever we could uncover in the deep freeze from times past. JC came upon a freezer bag of Ajiaco.

Now that might not sound like something exciting to you, but he was thrilled by the discovery. It’s the national dish in Bogota, Colombia, and he grew up eating it.

Basically, it’s a chicken soup made with three kinds of potatoes and chunks of fresh corn. No cream or thickener is needed since the potatoes makes the broth. We didn’t have all the recommended toppings—avocados, capers—but it was still delish.

Putting the Sock in Sockeye Salmon 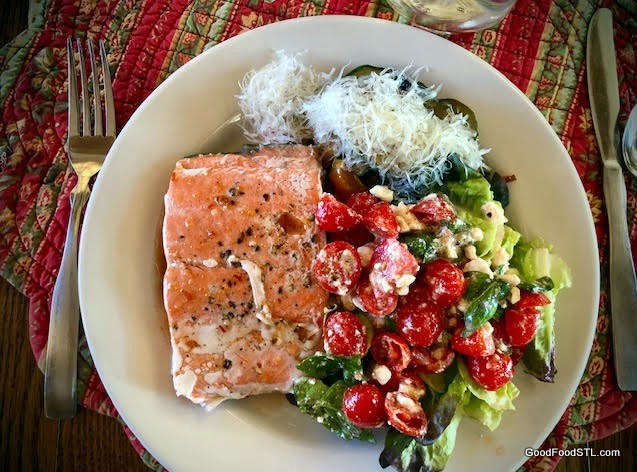 For another meal, Robin cooked up some sockeye salmon she had ordered recently from Wild Alaskan Salmon and Seafood. It comes in frozen, serving-size portions just right for a quick meal.

There’s something about eating freshly caught and quick frozen salmon that makes you feel both healthy and virtuous.

She transformed a few aging zucchini and a yellow pepper by sautéing them with tomatoes and caramelized onions. I don’t often take time to caramelized, but I’m glad she did. It’s always worth the effort.

A Netflix Comedy: “Travels with My Father” Travels with My Father. Photo by Netflix

Even our Netflix selection for the evening was food related. We binge watched Jack Whitehalls’s Travels with My Father. The British comedy/travelog is about a freewheeling son and his stogy father, who decide to bond more closely by going on a 14-country trip during the 5 part series.

The father is distraught as he confronts people, accommodations, and foods that are way out of his comfort zone. Their experiences are laughable and watching the evolution of the two is heartwarming. 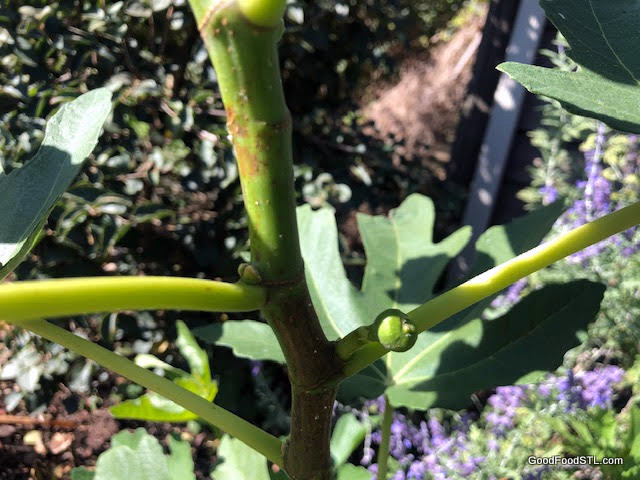 Sound the trumpets! There’s a few small figs on my tree. And this is its first year.

Seeing the marble-size fruit was encouraging, even though they’ll soon be nipped in the bud by frost. But it’s a good omen for next year.

The Stones Are on a Roll 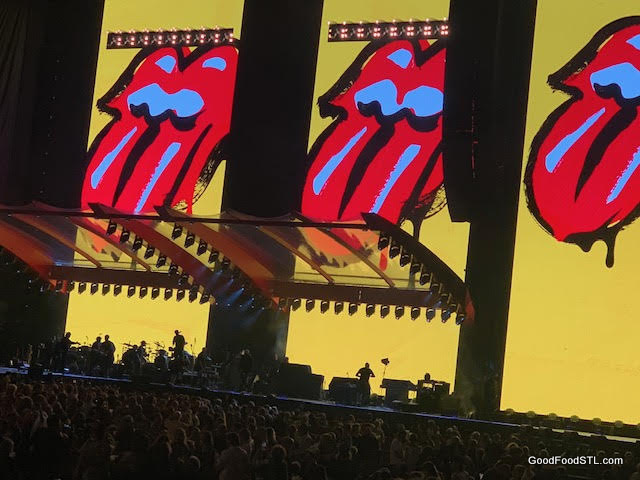 Performance stage for the Rolling Stones

We hurried back for the Rolling Stones’ concert in St. Louis. But I didn’t go. “I Can’t Get No Satisfaction” watching an ageing singer try to put the band back together again . . .  though I might make an exception for Tom Jones.

Kudos to Bernie Lee of Akar restaurant in Clayton for snagging the singer for a meal. I’m told that Mick selected the soft shell crab. Good choice! 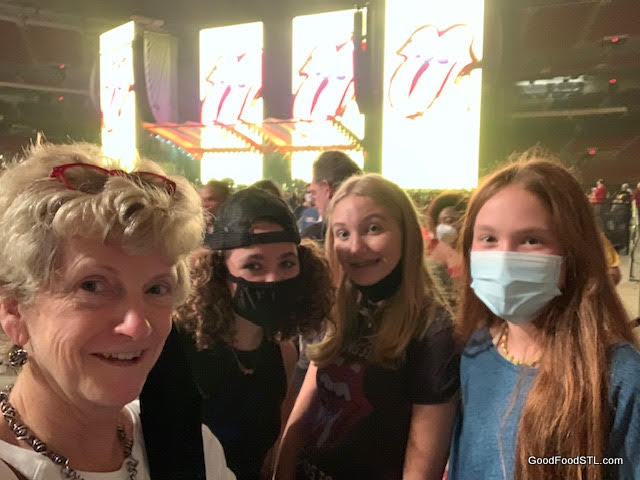 Two generations of fans: Robin (on left) and Harper (on far right)