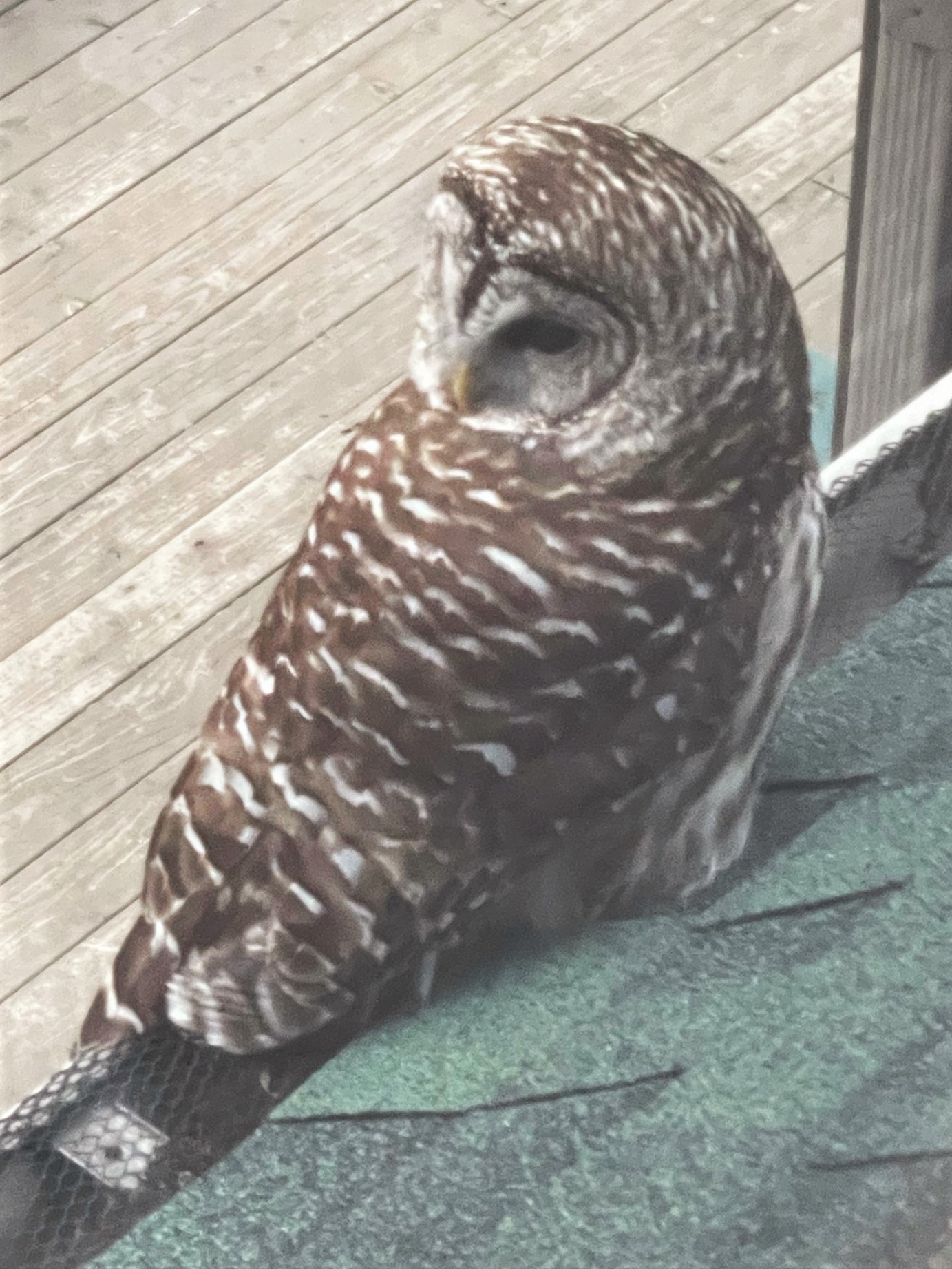 A Peeping-Tom (or maybe I should say a Hooting-Tom), staring in a bedroom window.

Locals tell of spotting black bears and they have Bigfoot-like photos to prove it.

Why Aren’t You in Bed?

But until this weekend, I’ve heard owls, but never seen one up close. Maybe that’s because our sleep patterns don’t coincide. But JC spotted one standing on the roof, actually on the gutter, staring into his bedroom window. From the photos, it looked like a young owl, perhaps one who’d gotten his days and nights mixed up.

An internet search showed him to be a Barred Owl, common in this neck of the woods as are the Great Horrn, Barn, and Screech Owls. The Barred is recognizable in the wild by it’s distinct sound. Not the typical hoot, but something that sounds like “who cooks for you.” 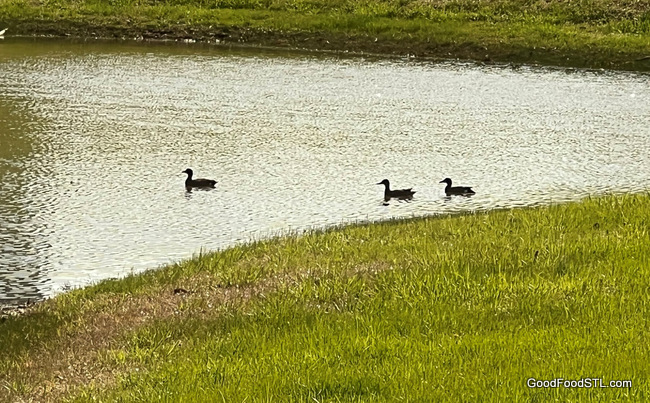 From my kitchen window, I watched the antics of the green-headed Mallard ducks on the pond.

A View from Another Window

The most welcoming sight was the scattered patches of daffodils, forsythia, and rhododendron in the rock garden. The rhododendron had taken a beating from recent wind and rain, causing many of the fallen blossoms to form a colorful carpet along the stone walkway. 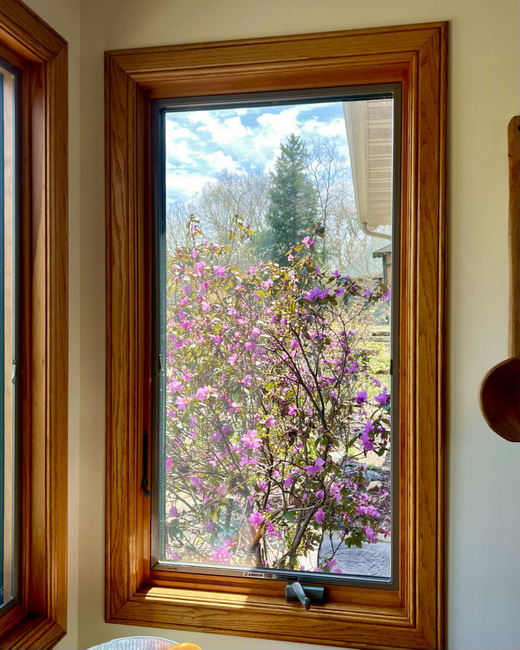 I thought this rhododendron looked like a framed picture.

A Visit from the Easter Bunny 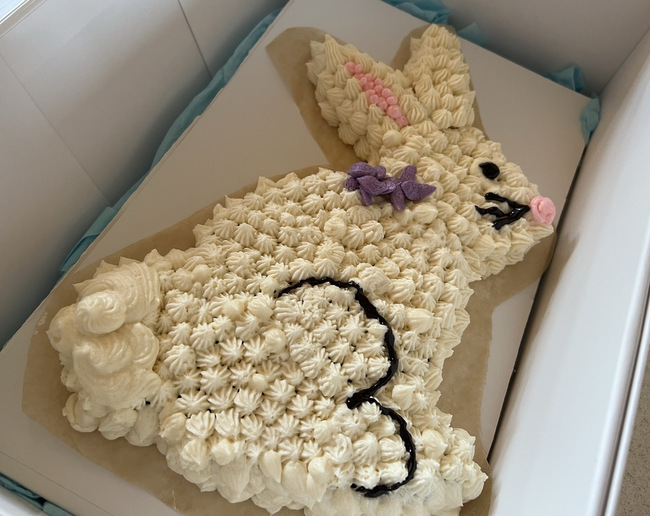 Addie baked and iced this rabbit cake for Easter and carefully transported it to the farm. It was delicious and amusing. It’s good to have a budding baker in the next generation. 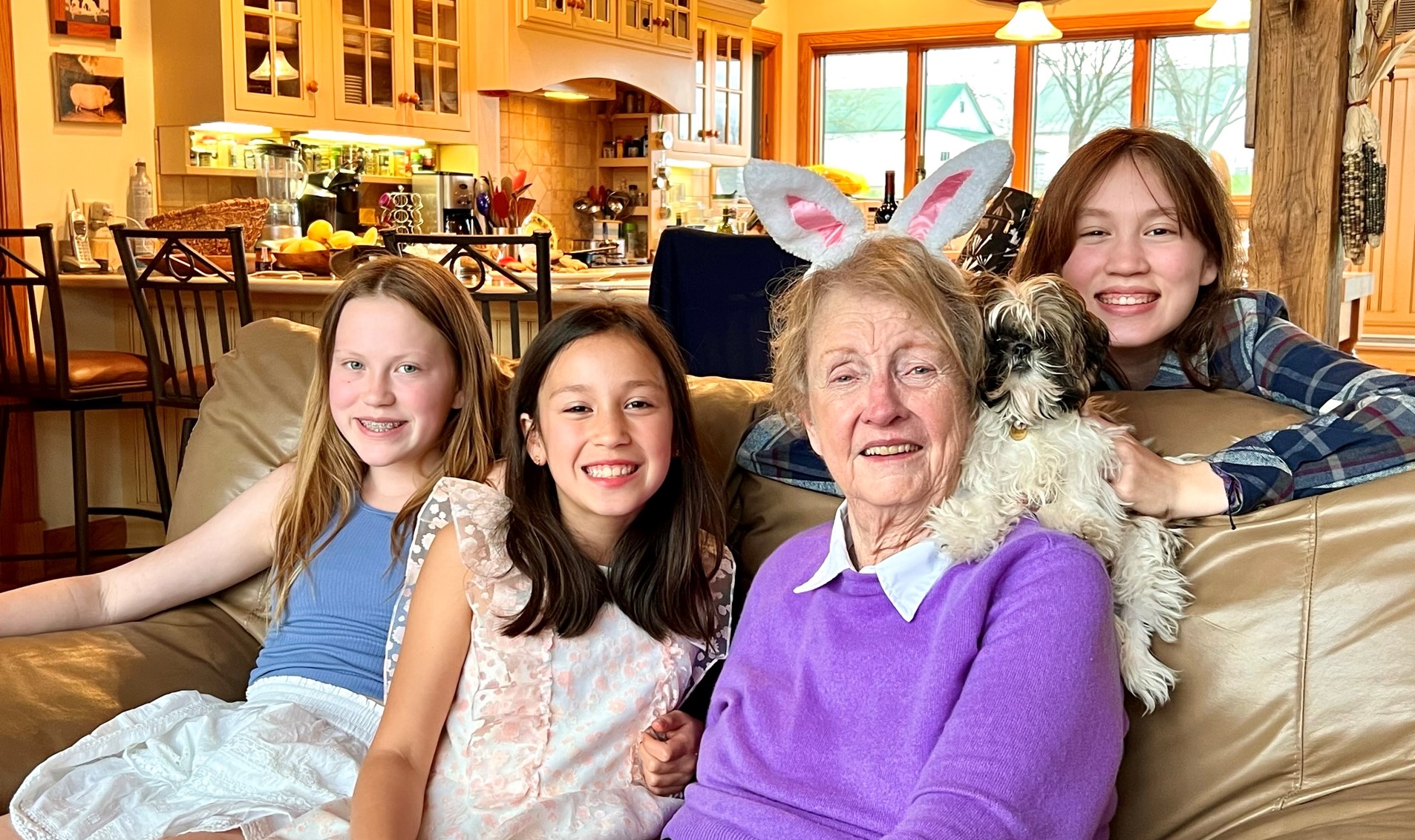 Addie, Coco, Harper, and I with my granddog, Mochi, on my shoulder and rabbit ears on my head. 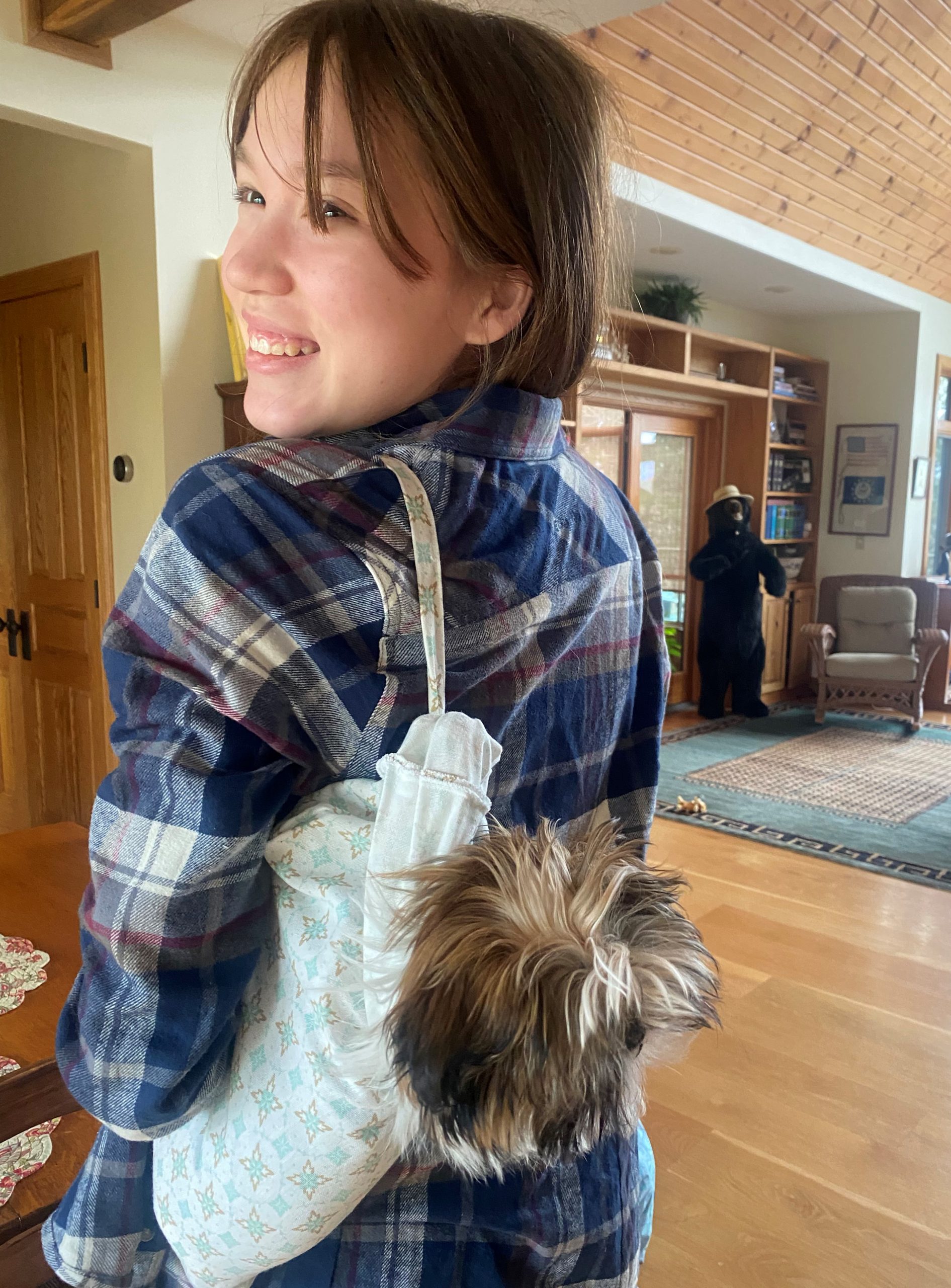 My friend, Lucy, brought me a baguette bag from France. Not having a long, French baguette on hand, my granddaughter repurposed the bag as a puppy pouch. 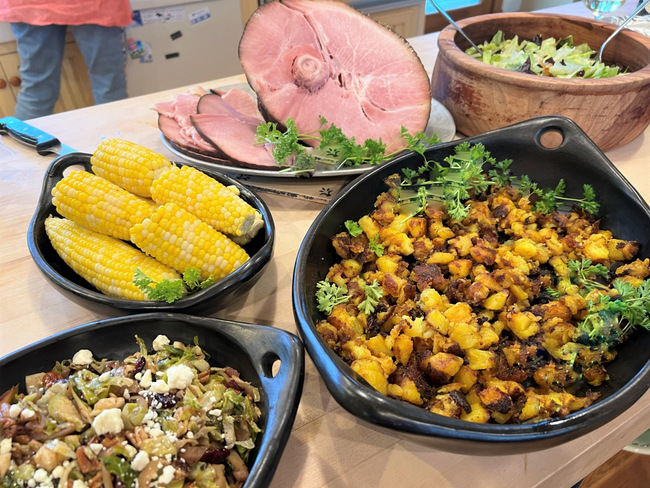 And because you get hungry playing with kids and animals, food is a big part of any weekend. (Lower left clockwise: Shredded Brussels sprouts with cranberries, pecans, apples, and feta cheese. Corn on cob. Honey-baked ham. Mixed Greens with Pears and Gorgonzola and White Balsamic Vinaigrette. Roasted Turmeric Potatoes, Sourdough Bread—not shown)

“Spring comes and so will happiness.

Life will get warmer.”

« Carrots: The Perfect Easter Side Dish
The Lost and Found Under the Kitchen Sink »