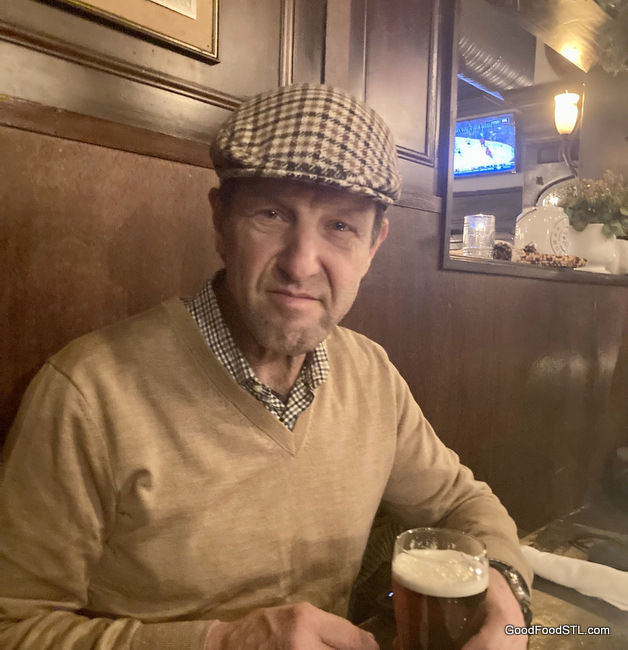 As Russ shows here, it’s time for a plaid shirt, a pork pie cap, and a pint, when celebrating Burns’ Night at the The Scottish Arms.

Burns’ Night: An Excuse to Be Scottish

In the spirit of full disclosure, my maternal grandmother was a lassie of the Armstrong clan. But those who have even a wee bit of Scottish blood a-flowin’ in their veins know that this week, (actually January 25), was Robert Burns’ birthday. And what better way to celebrate the revered bard than with traditional food and fanfare.

Russ and Deb observed the occasion at the The Scottish Arms, during an evening, that featured bagpipes, a reading of Burns’ poem, “Haggis,” and a platter of the national dish held high and used as a prop for the poem reading. 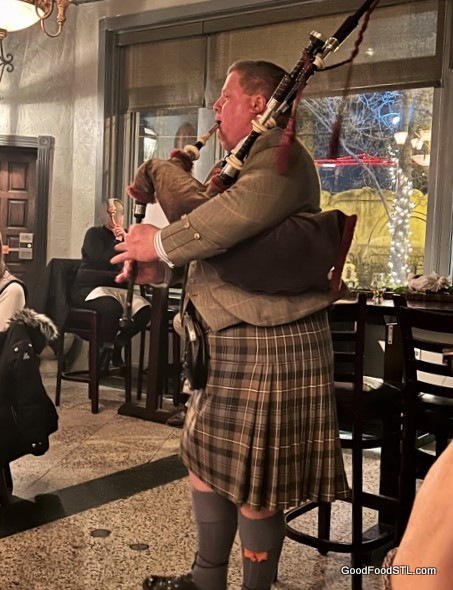 Hmm. . . wonder how those bagpipers keep their knees warm?

I must admit that I’ve never eaten haggis, but am no less a fan of the poet. I’m told that the mishmash of pig innards (heart, liver and lungs combined with onion, oatmeal, suet, and spices) has the look of crumbled sausage. Think of it as Scotland’s version of the hotdog.

Deb spoke highly of the haggis, as well as the butternut squash salad and the side dish of Brussels sprouts served with a splash of lime and fish sauce. 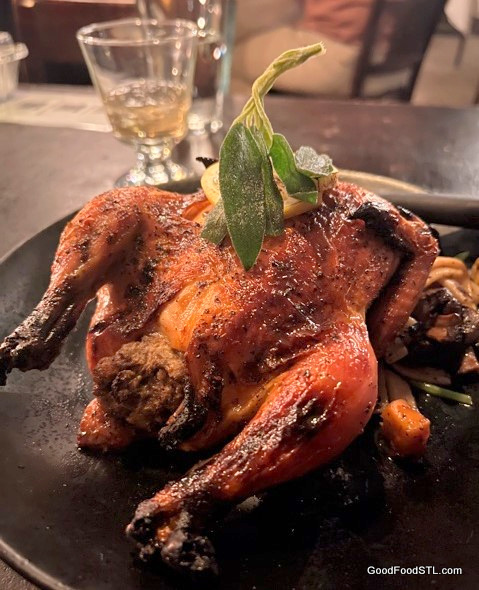 Peat-Smoked Balmoral Hen stuffed with homemade haggis and glazed with a wee dram of orange whiskey to ward off the winter chill.

Kudos to the Balmoral Hen & Haggis

The star of the evening, Deb said, was the hen stuffed with haggis. She described the bird as “pleasantly mild with a perfectly crisp, brown skin and moist breast meat.”

The pièce d’ résistance was surrounded by spaetzle lightly tossed in a broth studded with mushrooms and root vegetables. Traditionally, the Scots have served haggis with “neeps and tatters”—turnips and potatoes.

“Heavens! I would go back this weekend,” Deb said, “just to eat that dish again.” 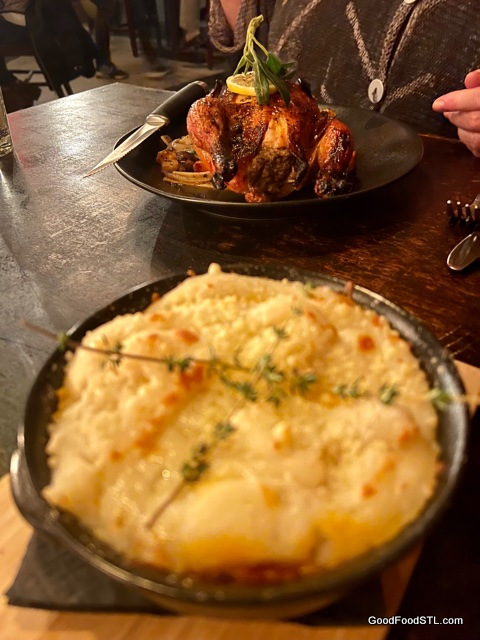 Russ and Deb shared another national favorite: Shepherd’s Pie, a dish of chopped meat and vegetables crowned with mashed potatoes.

For those sensitive to the thoughts of eating haggis or even a meaty pie, Scottish Arms offers a vegan adaptations of both. The healthier Shepherd’s Pie comes with lentils, carrots, turnips, smoky tomatoes, all topped with a cauliflower mash. 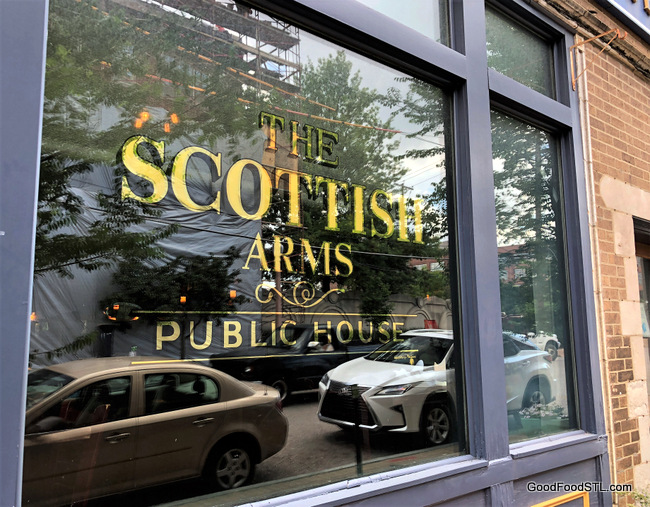 The Wisdom of Robert Burns for Today

“While Europe’s eye is fix’d on mighty things,
The fate of empires and the fall of kings;
While quacks of State must each produce his plan,
And even children lisp the Rights of Man;
Amid this mighty fuss just let me mention,
The Rights of Woman merit some attention.”
― Robert Burns

. . .  and when you sing Auld Lang Syne on New Year’s Eve, it’s the poetry of the revered Scotsman that brings a bit of a tear to your eye.

(Pronounced slanj-a-va and meaning “to your health.”