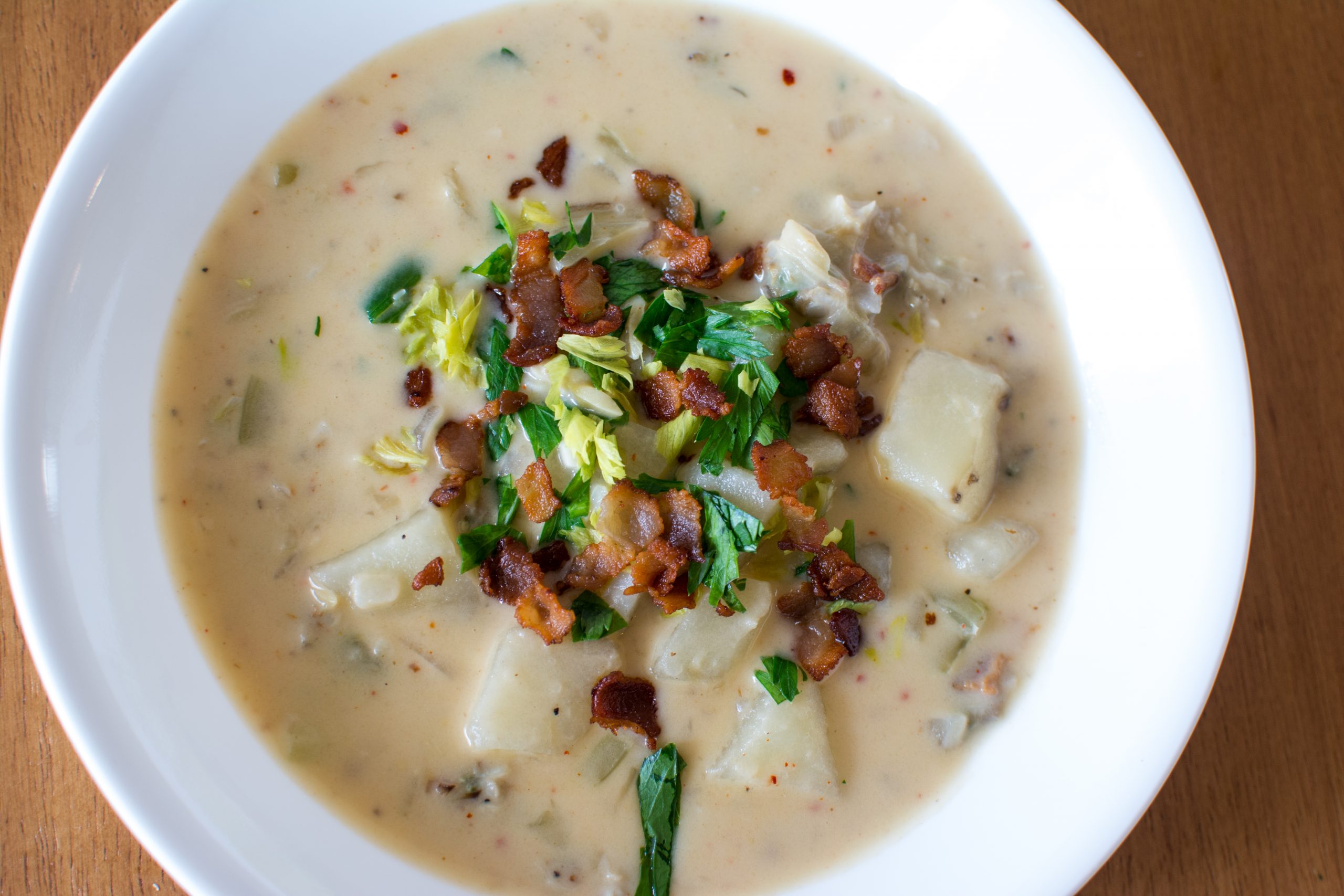 A Dish Worthy of Song

I never think of chowder without having the words of the Bing Crosby melody pop into my head: Who Threw the Overalls in Mrs. Murphy’s Chowder?

In the Irish folk tune, Tim Nolan gets fuming mad and declares he’ll “lick the mick,” who did the dastardly deed. No one owns up.

Finally, Mrs. Murphy recovers from having fainted upon seeing the pants at the bottom of her cooking pot. She confesses that it was her fault. She’d been washing laundry earlier in the day and had neglected to remove the pants.

Whereupon a song was composed on the spot to commemorate the incident. It seems the Irish can find humor in most anything. 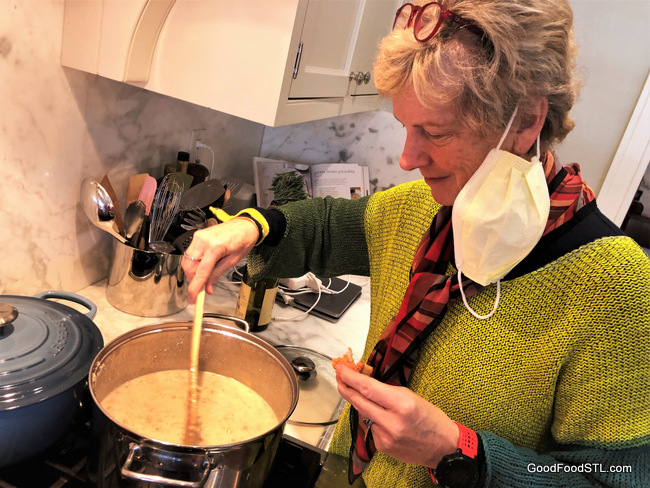 Truth be known, our forefathers weren’t much on clams. The Pilgrims fed them to their hogs. But today people react to chowder a lot like they do chili. Preparing it is often a matter of local preference and one with little agreement even among New Englanders. 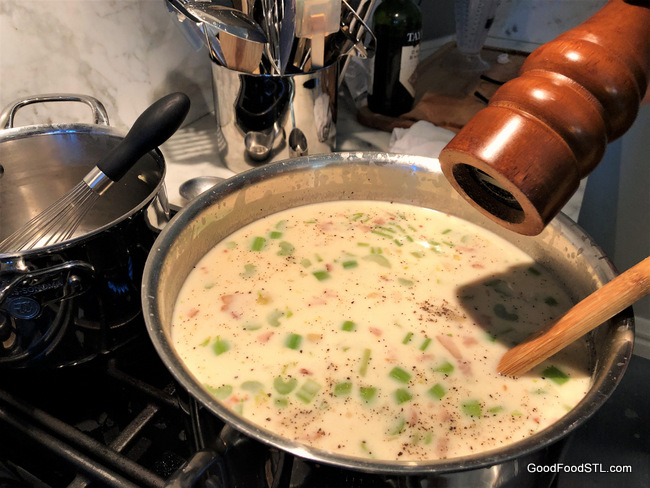 Tom’s version of the famed chowder

Everyone has a “best ever” recipe. There’s a thick, creamy-based variety. A thin chowder. One that’s clear. And a white (New England) version and one with a red, briny broth from the addition of tomatoes (Manhattan).

Chowders can come with fish, corn, or other vegetables. Some vintage recipes call for “two gills of wine,” which is equivalent to a half cup of vino. It seems the versatile fish stew is adjustable to about any taste and locality. 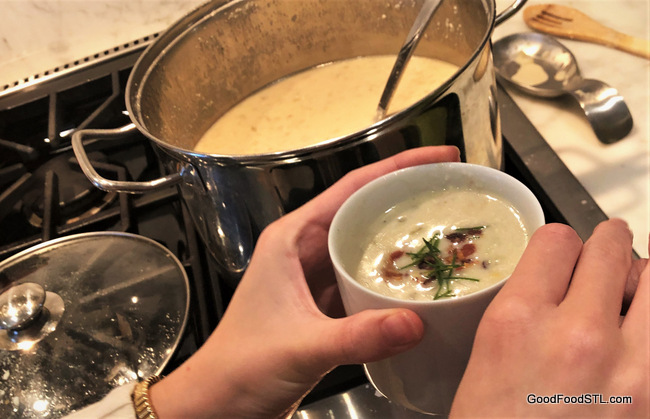 Praise the Chowder and Pass the Oyster Crackers

The Mark Twain of Cape Cod, author Joseph C. Lincoln, went overboard in his praise, calling the fish stew “a dish to preach about and to chant praises. One to sing hymns and burn incense before. To fight for. It’s Yankee Doodle in a kettle.”

Hmmm. . . sounds like ol’ Joe put a few more gills of wine in his chowder than the average recipe calls for.

For those wanting a professionally made chowder, there are a number of places around town where such can be had year round: Oceana Bistro, 801 Fish, Peacemaker, Broadway Oyster Bar, Annie Gunn, and Yellowbelly to name a few. So there’s no need to wait for a special occasion to slurp the old-time delicacy.

Still, it’s great to enjoy a homemade chowder whenever you can, especially one made with ample TLC and a few gills of wine. 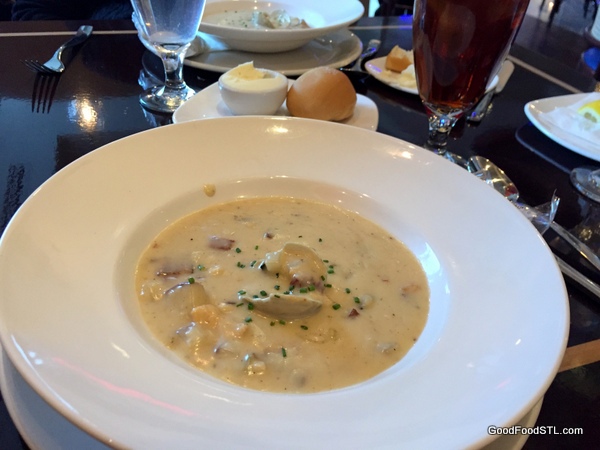