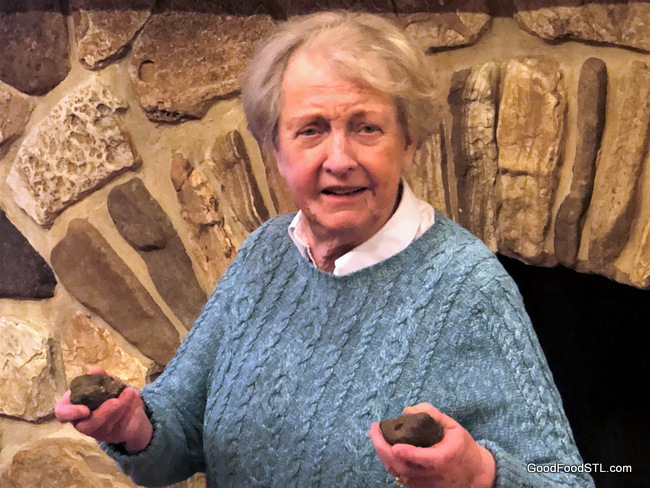 Last week my geologist friend, Robert, brought me several pieces of hematite, that he had found in the creek bed near my farmhouse.

Now, when it comes to hematite, I’ve always thought it was the source of a reddish substance—the powder our ancestors used to draw on cave walls, decorate Egyptian tombs, or paint their bodies before we had professional tattooists. 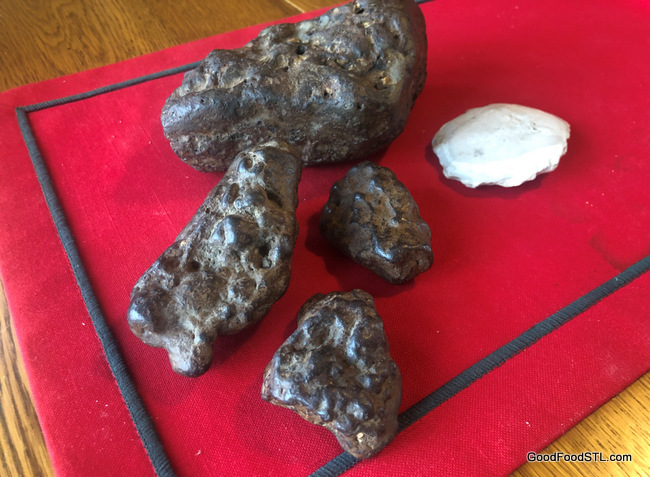 This is the raw, unpolished rock. (The white item is an Indian relic, that’s been shaped around the edges.)

I have since learned that the ancients thought the heavy stone had calming and protective properties. They used hematite as a shield against curses, spells and spears.

Supposedly, these powers can be unleashed by holding a rock in each hand while mediating. This exercise is thought to make you feel more grounded. (Hey, I already feel “grounded,” having endured home confinement for the last 9 months.)

A Connection with the Earth

Hematite also connects you with the earth. I’m okay with earthiness, so I gave the rocks a try, thinking they might improve my gardening skills.

While holding the hematite, the only thing I noticed was that my hands got cold, maybe because the rocks were cold. Or maybe it was because holding my arms in an awkward position lessened my blood circulation. Or maybe someone had turned down the thermostat.

A Cure for What Ails You

Still, I was intrigued. I went online to discover more about the revered rock.

I read that hematite boosts self-esteem, concentration, courage, strength, will power and confidence. (Something we could all use during these Covid-trying times.)

Some call it “A Stone for the Mind,” because it stimulates concentration and focus, enhances memory, and creativity. Medicine men of yore found it effective for treating blood related health issues.

What’s more, the rocks are far cheaper than the new, weighted blankets thought to relieve anxiety, sleeplessness, and arthritis pain.

Before returning to St. Louis, Robin dropped the rock collection into my purse without forewarning me. When I picked up the purse, I nearly dropped it on my foot. I thought I’d weakened so much from my 9-month confinement, I was no longer able to cope with an overloaded handbag. 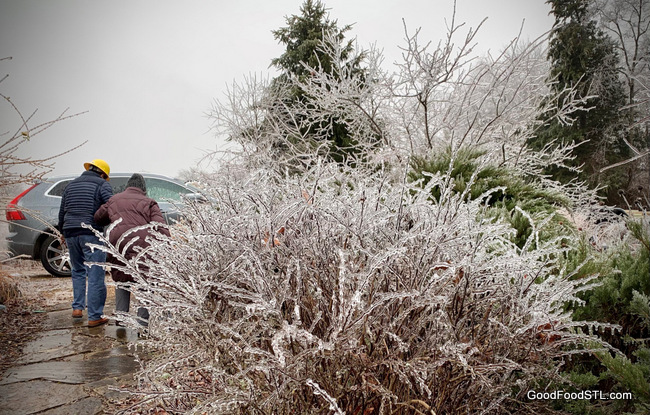 Walking up a slippery slope with my rocks in tow.

Supposedly, all I have to do now is to sit around with rocks in my hand. If I have the proper attitude, they may, or may not, release their physical and mental benefits.

But while my hands are occupied, who writes my blog, takes out the trash, and runs the vacuum? This was not covered by Robert or my online research.

Then I learned that a more continuous grounding could be achieved from a piece of hematite attached to a necklace, that Robert had included. I put it on.

Hmm. . .  could this cold rock have some Covid deterring powers? After all the ancients didn’t have any outbreaks of Covid, so it must’ve worked. (Though the magic rock didn’t seem to help them with The Plague.)

Even so, if you’re wanting to give the rocks a try, there’s a town in nearby Jefferson County named Hematite. I suspect there’s plenty to be had there.

I now keep my rocks on the table next to my Lazy Boy recliner. If you call and I don’t answer, I may be working on my grounding—or asleep.

« Eating Out the Old Year
Sole Meunière, a Salute to Julia Child »