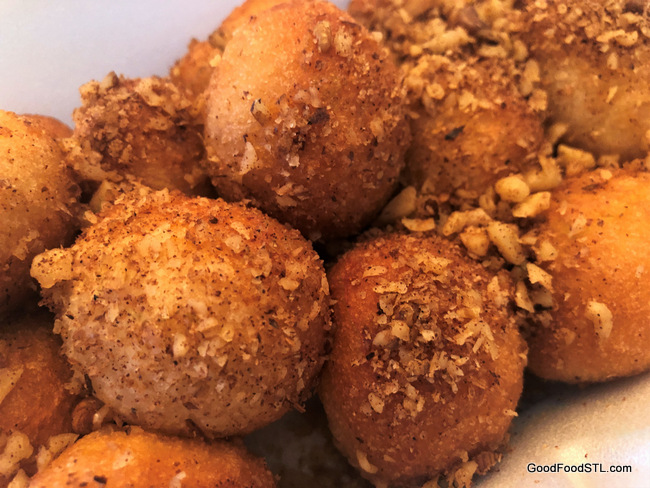 Perfection on a Plate

One fan of loukoumades wrote on line, “If you’ve never had this fluffy, Greek delicacy, drop everything you’re doing and get on a plane to Athens!” (Obviously, that was written pre-pandemic.) It’s been awhile since I’ve eaten the mini-donuts in Greece, but my memories linger.

This past weekend I indulged in the golden puffs of goodness offered by the St. Nicholas Greek Orthodox Church at their Festival II—the final until next season. 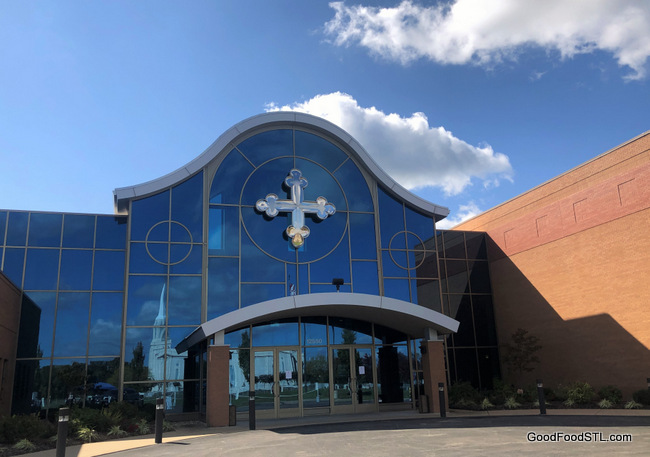 The Family Center for St. Nicholas Greek Orthodox church is located directly across Hwy. 40 from the Mormon Temple (You can see the reflection in the glass).

Robin, JC, and I did a curbside pickup at the church’s Family Center on South Hwy. 40. We had pre-ordered the usual favorites: gyros, spanakopita, baklava, shish kabobs.

But the pièce de résistance was their loukoumades. The golf-ball size pastries of fried yeast dough are a bit crispy on the outside and soft on the inside with a light drizzle of honey and nuts. (Unlike baklava that sometimes swims in honey.) 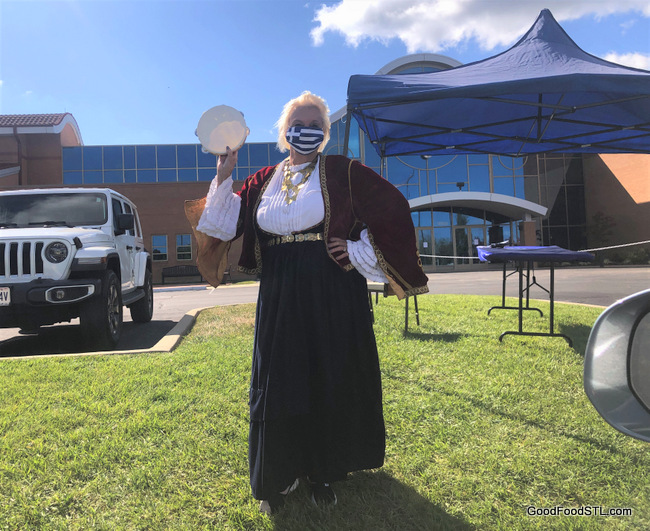 We were greeted by a friendly, masked woman wearing traditional Greek dress and jangling a tambourine. She directed us to the backside of the building, where the curbside pickup was taking place. 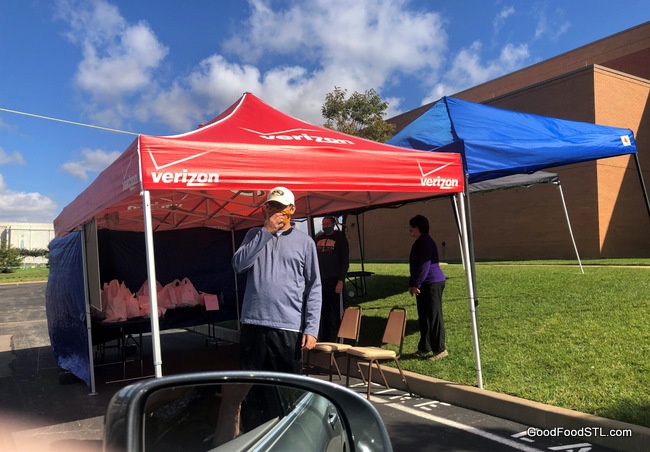 Our order was packaged and ready for pickup at the assigned time.

The Ancient Delicacy Lives On

The ancient Greek-Roman dessert can be found today on menus in Greece, Turkey, Cyprus, and Egypt. But trying to find it in the Lou is more problematic.

I went on line, but didn’t see any local restaurants that offered loukoumades. If I’ve overlooked one, please let me know—seeing as how a trip to Athens is out of the question in my foreseeable future.

There’s a great You Tube recipe here. If you’re making a batch at home, I’ll be glad to do a taste test for you. 🙂

« Chicken Pot Pie, the Comfort Casserole
Vegetable Soup, a Meal in a Bowl »