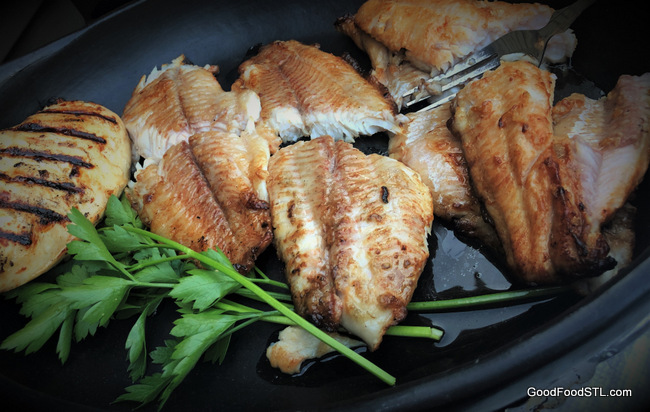 Labor Day is upon us. So crank up the grill and prepare for the last taste of summer. (Though, hopefully, fall will provide several more sunny, backyard weekends.) The question is: what to cook for the holiday? Brats, burgers, chicken, or ribs are traditional for the outdoor grill, but fish, that’s lingered in a flavorful marinade, is a good alternative.

A short, flavorful soak can turn an otherwise bland piece of fish, poultry, or meat into a show stopper. I’ve used this classic combination for years, especially on fish, where you want to avoid dryness and impart flavor.

Keep in mind that there are two kinds of fish: firm (tuna, halibut, marlin) and flaky (cod, catfish, salmon, trout). The firm fish can stand longer marinating (an hour or so), but the flaky fish needs only 30 minutes or it will get soggy.

Just place 4 fish fillets in a mixture of 1/2 cup wine, 1/2 cup soy sauce, 2 Tbs. oil, 1 lemon, squeezed, and 2 minced garlic cloves. Sometimes I throw in some red pepper flakes to kick it up a notch. Put in plastic baggie and marinate in fridge, turning once.

Grill fish 4-5 minutes over a hickory wood fire. Brush with marinade, turn and grill for about 5 minutes more, or until fish flakes easily with a fork. 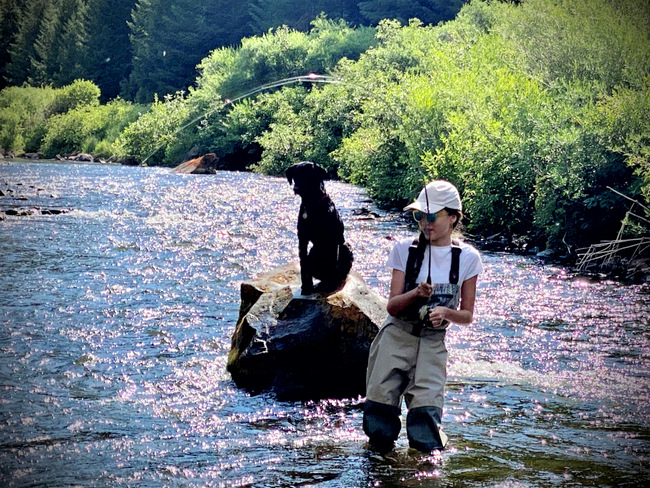 My granddaughter, Harper, is into fly fishing, which is more exciting than trying to catch catfish from our farm pond.

Making a Meal of It

Okay . . . now what should you serve with your grilled catfish? Hush puppies are de rigueur in the Ozarks—though the artery-conscious might prefer cornbread. Side dishes of macaroni and cheese, slaw, collard greens, and applesauce all pair nicely.

My Mac and Cheese Fiasco

You will notice that the listing of macaroni and cheese sited above has no link to a recipe. I’ve learned not to tamper with anyone’s recipe or boxed version of this old, childhood favorite. Let me explain . . . 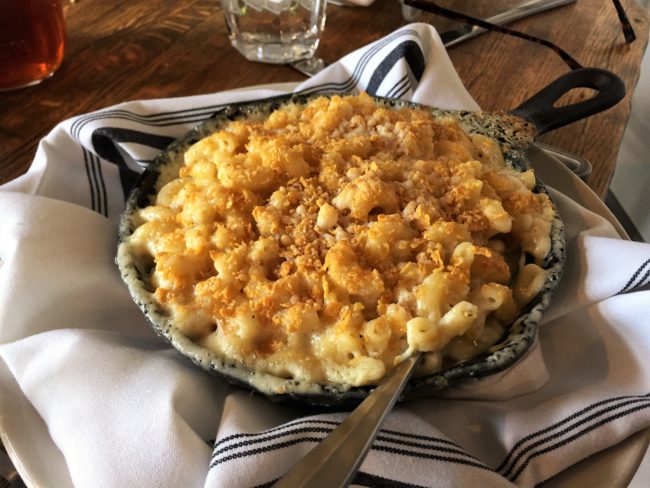 It all happened, several years ago, when I was at the farm with my three, young granddaughters. I asked what they wanted for dinner. There was immediate consensus: mac and cheese. When I looked in the cabinet, there was not a single box left. Hmm. . . I thought to myself, I have cheese, I have macaroni noodles, I have milk. Why not make it from scratch.

When the three sat down at the kitchen table, I proudly served up my version of the noodle dish on each of their plates. 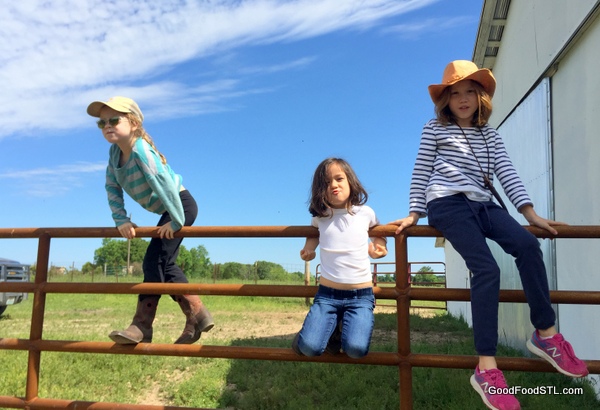 I think they’ve each grown a foot since I took this photo a few years ago.

I was crushed. But I learned a lesson: Don’t try to duplicate Kraft’s Mac and Cheese. You can’t fool the experts. Hmm . . . I’m  wondering if marinating those noodles would’ve made them more acceptable.

« I’m Becoming a Pandemic Pupil
Home Remedies from the Kitchen »