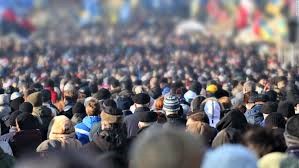 During a Pandemic, how would presidents of the past answer the question: “What do you say to people at home, people who are scared?”

FDR: “My fellow Americans, we have nothing to fear, but fear itself . . . and perhaps Eleanor.”

Harry Truman: “I say horsepucky! We beat the Nazis and we’ll beat this as soundly as I did Tom Dewey. Now get up off the sofa and call your mother.”

Eisenhower: “Here at Camp David, Mamie and I are having some cookies and warm milk and you should, too.” (Flashes “V for Victory” hand sign)

Richard Nixon: “I just want to say, I’m not a crook and my little dog, Checkers, is not a crook. That said, if you get caught with a virus (or anything else) hunker down and cover up.” (Wink, wink)

Jimmy Carter: “Y’all don’t worry. We’re working on a peanut vaccine that should be ready by harvest time in Georgia. Meanwhile, best stick with prayer.”

George H.W. Bush: “Everybody just calm down. Get on your yacht (making sure it’s well stocked with arugula) and set sail for a few months.”

Clinton: “I just ate a batch of Hillary’s chocolate chips cookies, I feel your pain.”

George Bush: “Just zen out, people. I’ve put Cheney in charge of this mess. Nobody’s better at messes than he is. And, besides, it’s all Obama’s fault. Opps! He’s not been elected president yet . . . no matter.”

Obama: “They don’t call me No Drama Obama for nothing. I’ve put every government, industry and medical expert on the job. Meanwhile, I’m calling on all Americans—regardless of race, creed, color, or sexual orientation—to stand on their porches and join me in singing “Kum By Yah.”