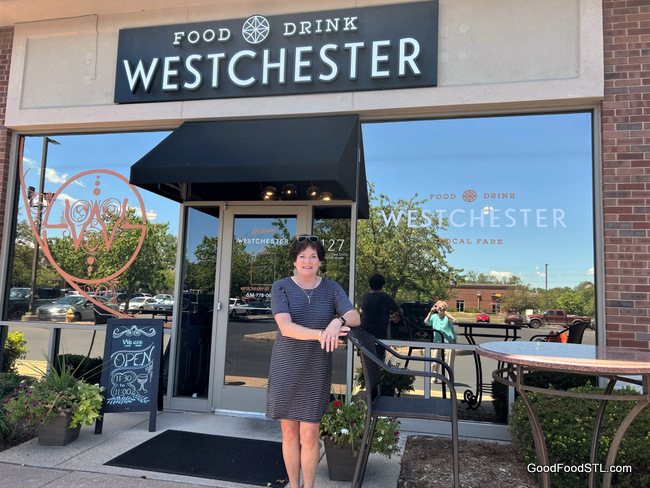 Another way of taking a selfie. Capture yourself in the window taking the photograph.

Cyndy lived in Chesterfield for years, so she keeps me posted on what’s opening and closing in the area. She was especially excited about Westchester, the spiffy, new restaurant that opened last January.

So Off We Went

It was noon-ish when we arrived and the place was jumping. I usually prefer sitting outdoors, whenever possible, but not this day. My watch read 93 degrees! 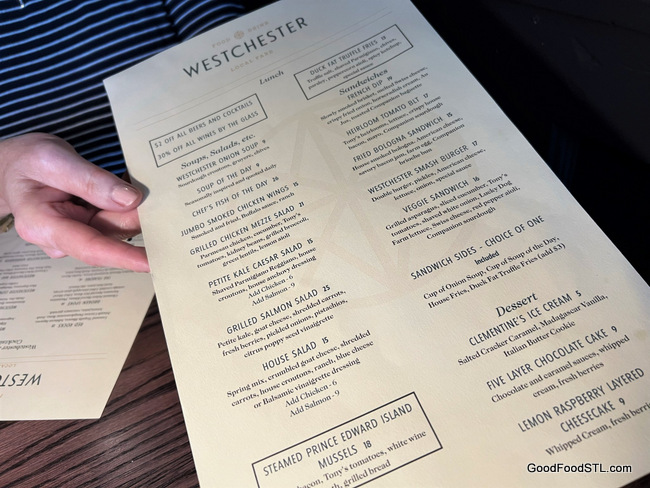 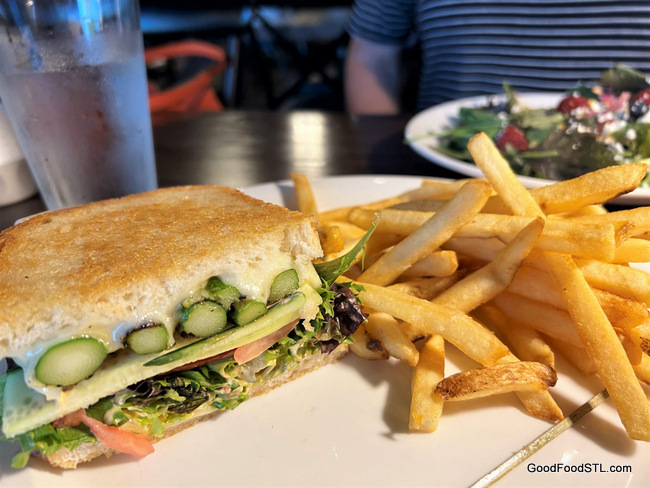 I went with this impeccably crafted Veggie Sandwich. It was a work of art. Both sammy and fried were as good as they look. (Ingredients: Grilled asparagus, sliced cucumbers, Tony’s tomatoes, shaved white onions, Lucky Dog Farm lettuce, Swiss cheese, and red pepper aioli on Companion sourdough.) 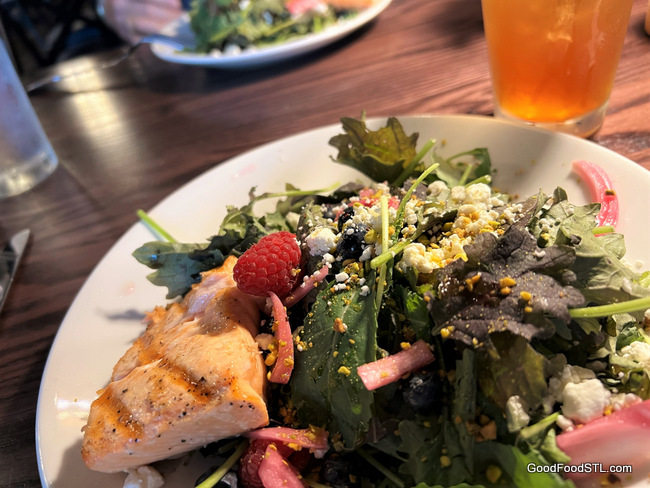 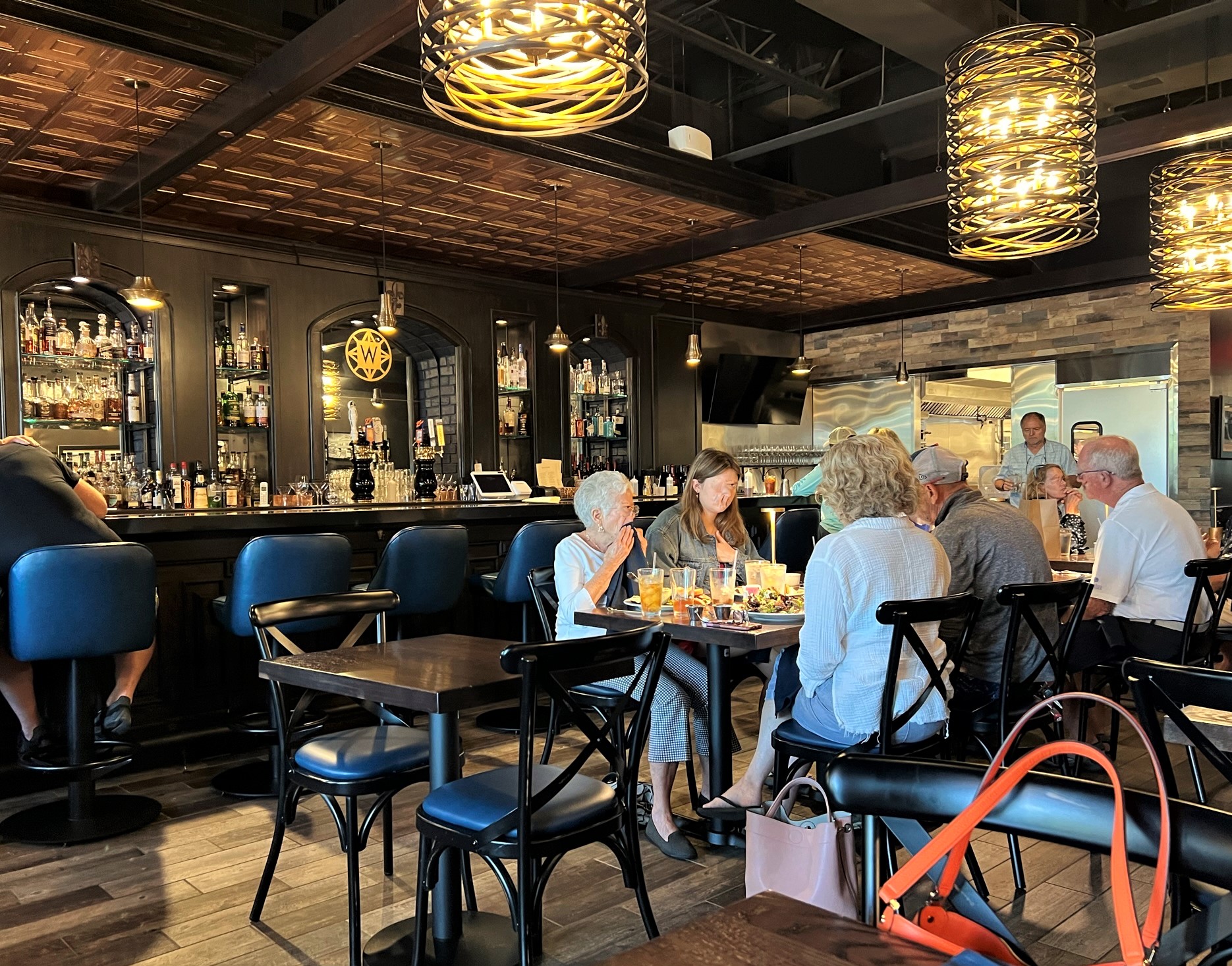 A handsome space, inside and out. Owner John Cowling, gives personal attention to the details and that makes the difference. Here he’s pictured standing in the kitchen.

John greeted us at the door and handed us menus as we sat down. When I learned, that the chef formerly worked at the old Cardwell’s in Frontenac. My face lit up!

“I loved their Chinese Barbequed Chicken Salad!” I said excitedly.

“Everybody did,” he smiled and promised to tell the chef of my fondness for the dish.

Note: In my desperation to preserve this masterpiece, I’ve made the Cardwell’s salad myself, which I feel compares favorably with the original. 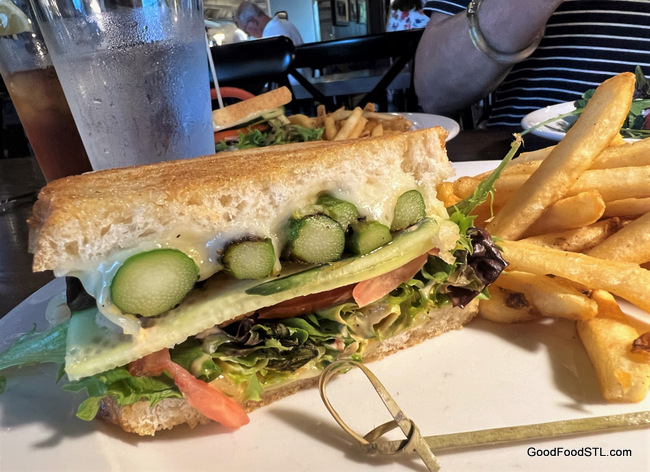 An alliance of flavors

Let’s Go Half and Half

The Veggie Sandwich and Salad caught our attention. We asked if the kitchen would do a “half-and- half” version: half of my sandwich would go on Cyndy’s plate and I’d get half of her salad. That was no problem. Even so, the portions were ample.

Between bites, I kept hearing Cyndy say, “I must bring Joe here for dinner.”

You’re in for a treat, Joe.

« Diana’s: Baking the World a Better Place
The New Refrigerator »