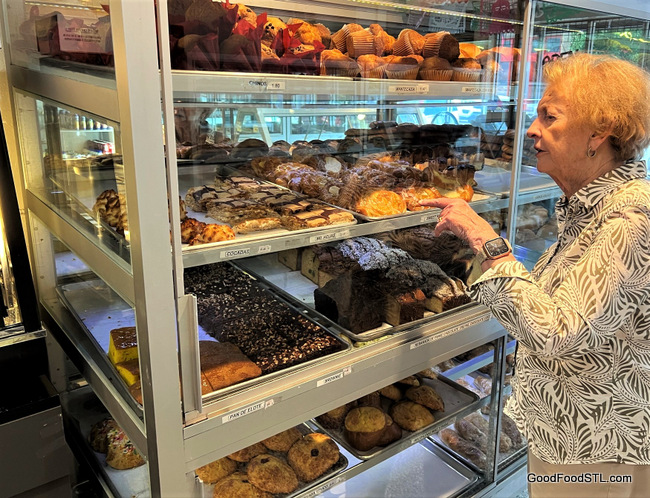 You Can’t Be Sad When You’re Eating a Cupcake

I don’t frequent bakeries very often. That might be just as well. But occasionally, when I’m in a neighborhood with a good, sweet shop, I indulge—moderately. 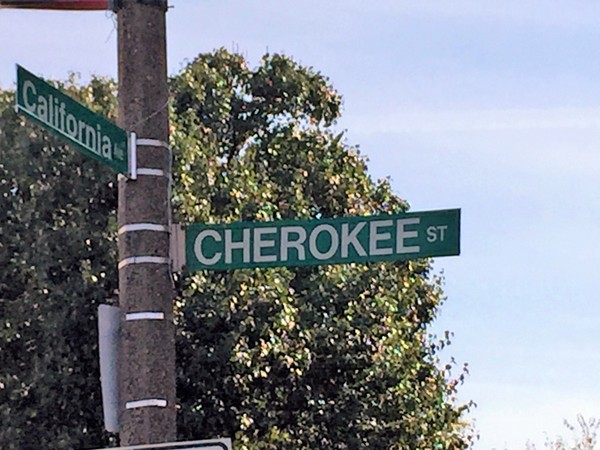 The Best Things in Life Are Sweet

The first time I visited Diana’s Bakery on Cherokee, I put an “X” on the door—figuratively. I wanted to remember this place. Like Gen. MacArthur, I declared, “I shall return.” (Or was it Elvis who said that?) 🙂

Then along came the COVID era and I did more home baking. But I still yearned for those unique and tasty pastries at Diana’s.

Recently, Russ and I were searching out Mexican cantinas along Cherokee Street, I spotted Diana’s Bakery. (But the 13-fool, fiberglass statue of the Cherokee Indian, that once marked the entrance to the business district was removed last year.) Fortunately, Diana’s still remains, though, at first, I hardly recognized the little shop. 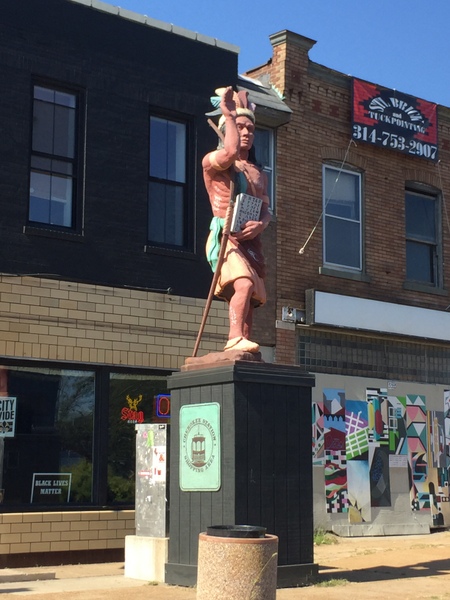 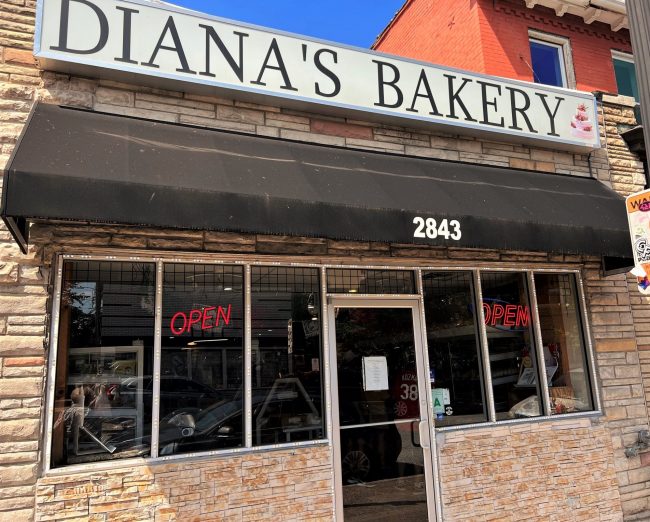 Diana’s has had a facelift since I was last there. The once funky, pastel exterior now sports a sleek, classic look. It still remains a haven for those with a sweet tooth or for those wanting a small something to nibble on during a stroll in the historic district.

Indoors all the usual Mexican treats are still available. The regulars know the new routine. Post-COVID, customers made their selections from the pastry-lined cases, using a pair of tongs. Items were placed on a cafeteria tray and presented to the clerk behind the counter, who efficiently calculated the bill.

Today customers use a thin, plastic glove to put sweets in a small sack before checking out. Good idea.

The problem is making the selection. Hmm . . .  should it be the blueberry empanada or the apple? A flan or a sack of churros—those elongated Mexican donuts you dip in chocolate rather than your coffee. Or the heavenly Tres Leches cake? A croissant or, maybe a lunch tamale. 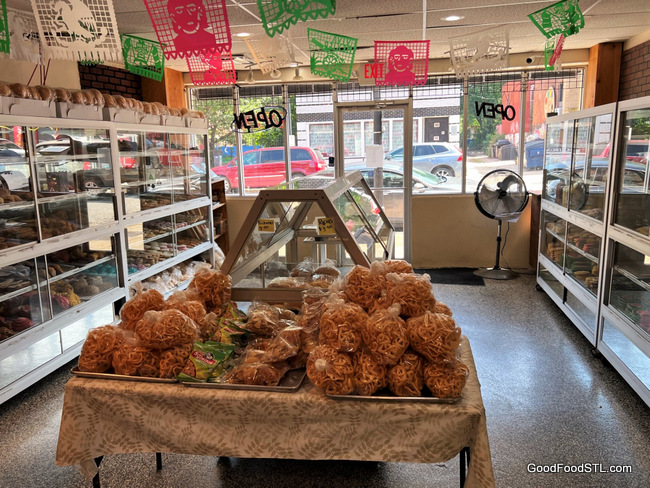 I passed up these sacks of swirly-looking chips. I should’ve asked for a sample. Oh, well, “Tomorrow’s another day.” (Was that Scarlett O’Hara’s farewell line? Hmm . .  . could’ve been Humphrey Bogart’s.)

Useless Information of the Day: Did you know that thousands of years ago women bakers were know as bakesters. Women weavers were called websters.

Diana’s Bakery, 2843 Cherokee Street in the historic Cherokee district. Open: Wed-Tue. 6a-8p. Closed Monday. Carry out only. I couldn’t find a website, though there is an active FB presence.

« Cajun vs. Creole Cuisine: So What’s the Difference?
Westchester Comes to Chesterfield »