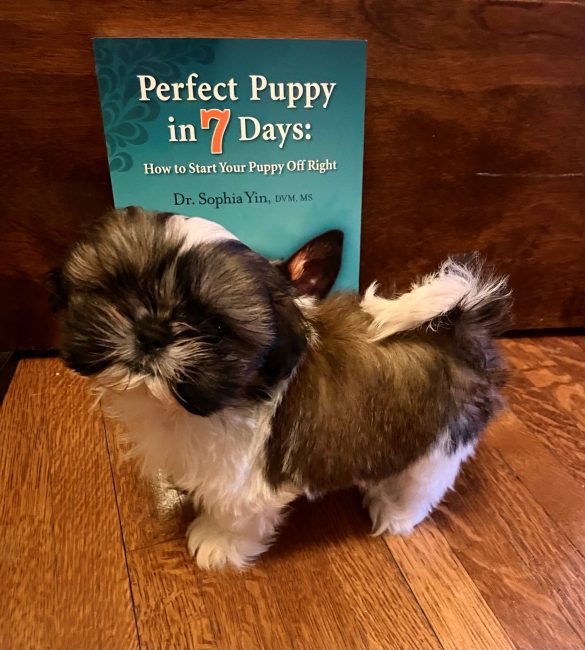 I Have a New Granddog!

Yes, Tom, Lisa, and the girls now have a Shih Tzu puppy. He’s a few months old and about as big as an over-sized gerbil. I have to laugh when I see the tiny-legged little fellow run across the floor like a wound up toy. 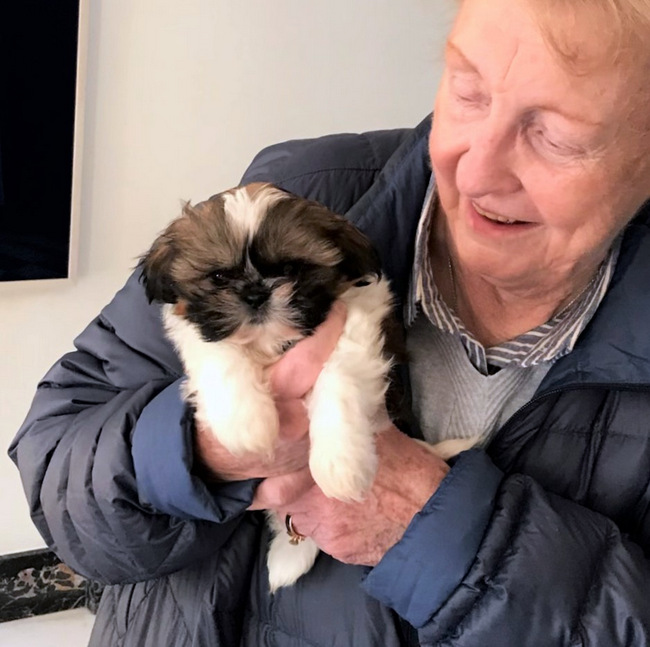 The puppy eats about a half cup of food a day.

Naming the pint-size puppy took awhile. There were dozens of suggestions, ranging from Fang to Muffin. (Of course, no one but me remembers that Phyllis Diller’s called her husband Fang.)

I must admit my pet naming skills are weird. We had a parakeet when I was  a kid that I dubbed Waldo Sebastian. He could say: “Waldo’s a pretty bird,” but warbling the word Sebastian was just too much for his limited vocabulary.

After I got married, out first dog was a French Poodle (“Bouffee” named after the popular bouffant hairdo of the day.) After moving to the farm, we went with bigger dogs. We had various pets and animals: a yellow lab (Dexter), a St. Bernard (Otis); a Newfoundland (Beaumont); an Angus bull (Sweet Pea); and a number of horses.

By now you’re beginning to wonder what Tom and Lisa’s family named their pet Shih Tzu puppy. (The breed is pronounced she-dzoo). After a few weeks of indecision, they settled on Mochi (pronounced mō-chi). I jokingly noted that a sushi bar on South Grand has the same name. But since Shih Tzu is an Asian breed, the Japanese name works. The term describes an ice cream dessert wrapped in a sweet rice cake.

Naming puppies and other pets can be great fun, though often a challenge for opinionated families. I think the name Mochi will do just fine—now, if I can remember how to spell and pronounce it. 🙂 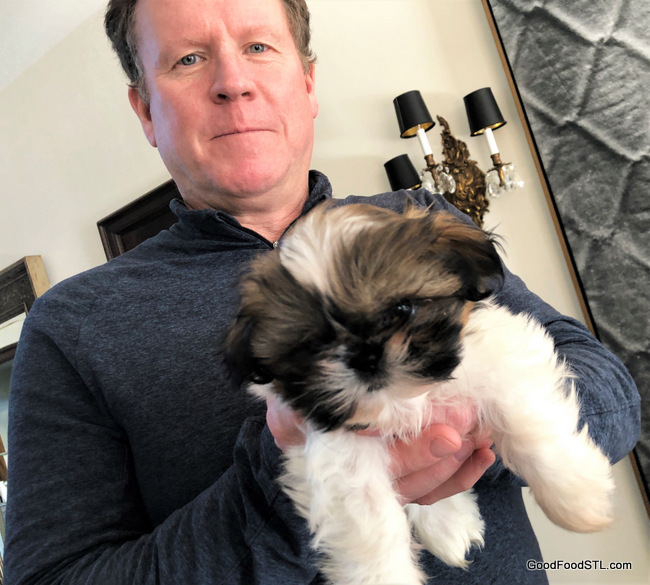