Robin called to tell me she had made Braised Leeks. A terrific recipe, she said, that was recently featured in the New York Times. The superb, 4-ingredient side dish was so good and healthy, she wanted to pass it on. You simply braise leeks in wine with some added water or stock. Top the softened leeks with Parmesan and place under the broiler until the cheese melts and forms a crunchy topping.

The gift of a good recipe lasts a lifetime.

More food gifts arrived by mail. My nephew and wife, Bob and Peggy, recently sent me a jar of sauce made from their garden-grown Super Sauce tomatoes, peppers, sweet onions, and celery. 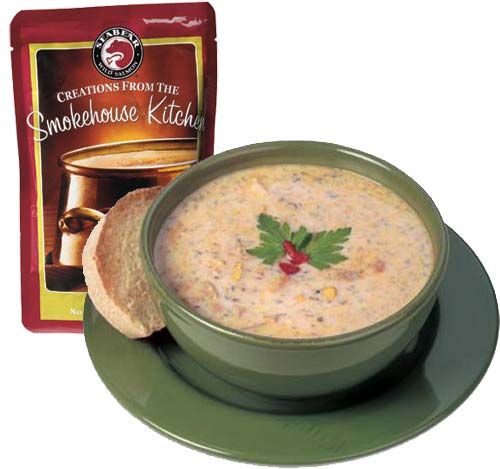 The ingredients in this delicious Alehouse Clam Chowder include hickory smoked bacon, herbs, and draft beer. A 12-oz packets sells for $9 and serves three. Soups come in vacuum-sealed, BPA-free pouches and require no refrigeration.

From a photo in my recent post about vinegar, my friend, Anne-Sophie, noticed that I was running low on Maple-Bourbon Balsamic. She thought that was not a good condition to be in during a lockdown and sent me a new bottle! 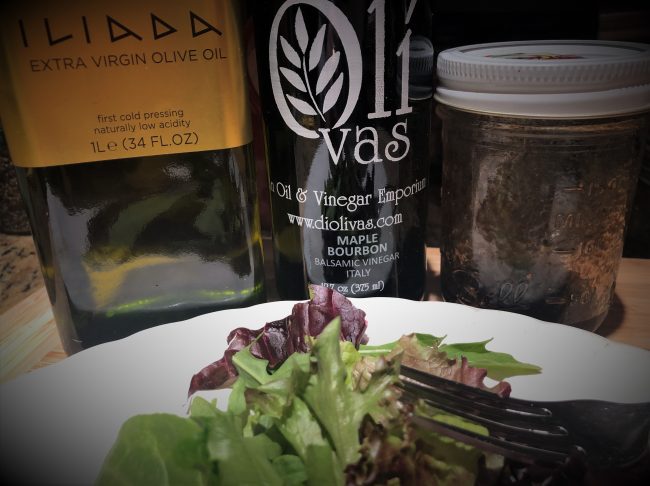 Russ and Deb don’t live far from Soulard Market. Knowing how much I like the bakery’s Mediterranean Olive Sourdough Bread, they often get me a loaf.

When I’m at the farm, my neighbors, Martha and Paul pick up my order of greens, fresh eggs, and asparagus, or whatever is currently being offered at the Meusch Farms’ drop off center in downtown Rolla. 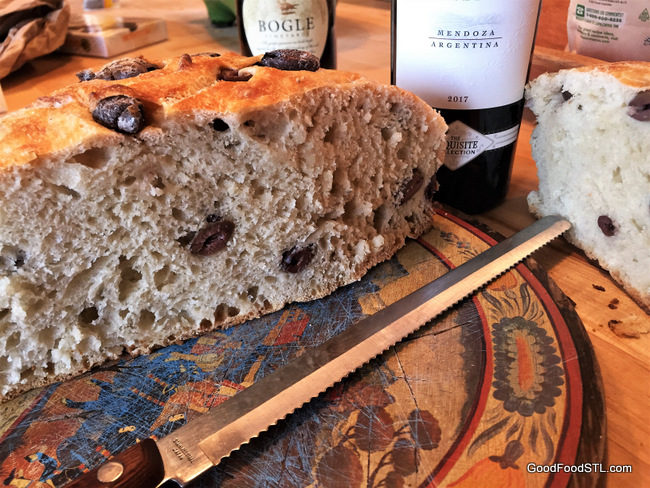 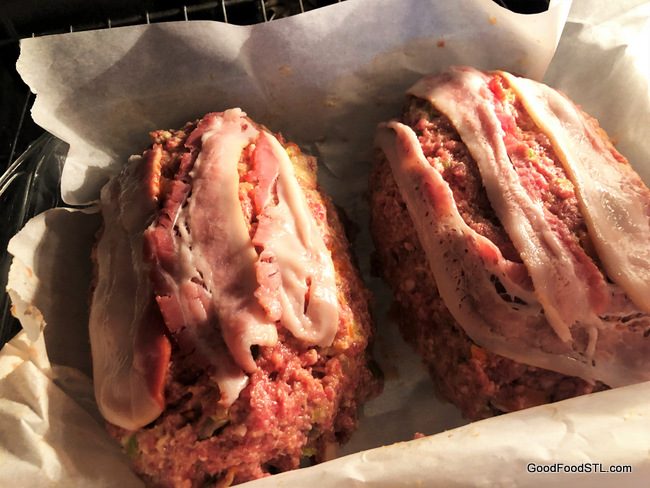 Another neighbor, Steve, dropped a large cooler of beef from the two cows he’d just had processed for his freezer. The ground beef made great meatloaves, shown above, ready for the oven.

In the days ahead, as we all join the fight against the “invisible foe,” let’s remember to look out for each other. Remember, wearing a mask and social distancing is our gift to one another.