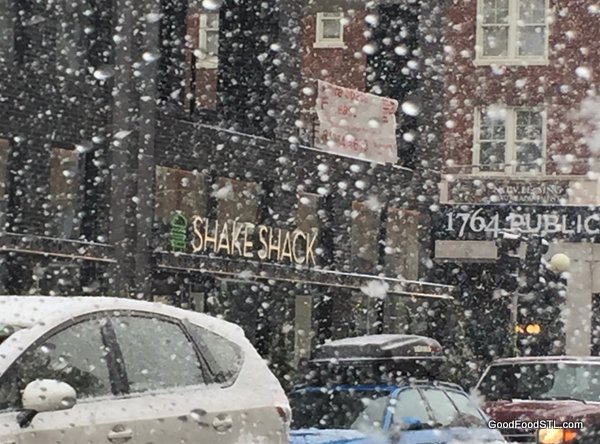 One of my favorite snow photos, that I took several years ago.

The Weather Outside Is Frightful

This week with COVID still in the air and snow on the streets, we are back in lock down mode once again. Adding to the containment here at my condo, the elevator is out of whack, my internet temporarily disrupted, and my grocery delivery delayed by the inclement weather.

I am taking the advice of St. Paul, who suggested that we “do not despair.” So I’ve taken to singing cheerful tunes of my youth. I had fun with Mairzy Doats and Dozy Doats, a nonsense ditty that captured the airwaves and led the 40’s Hit Parade for weeks. 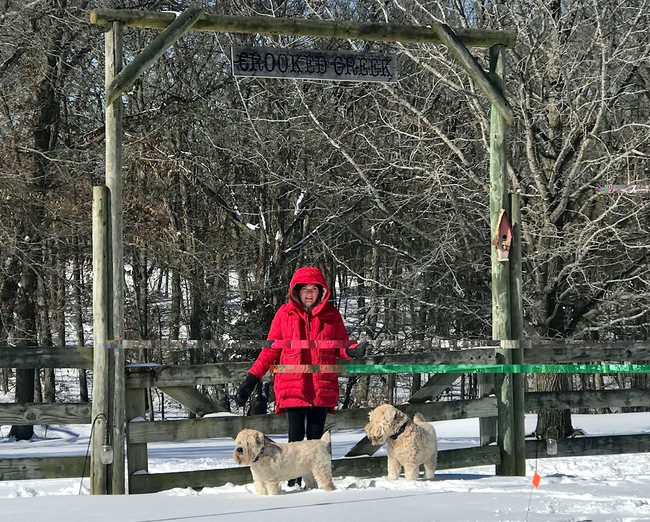 All the Way Home I’ll Be Warm

Then my thoughts turned to the snows of yesteryear. Ahh. . . those halcyon days of yore, when I’d wake up after an overnight blizzard. I’d quickly turn on the radio to see if Benjamin J. Orr Elementary School had closed for the day. Most sidewalks were quickly cleared by homeowners. So that made it easy to walk the near mile to school—uphill both ways, as I would later tell my kids. 🙂 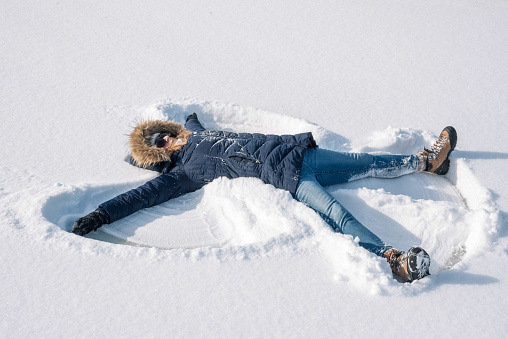 With an abundance of fluffy flakes on the ground, I wanted to go outside as soon as I bounded from bed.

“You’re not going anywhere,” my mother would say, “until you finish your Cream of Wheat and orange juice.” We only had hot cereal in the winter, so I grew up thinking it had some warming properties. “I’ll have hot chocolate ready when you come back in,” Mama would call out as I ran to get the rickety, old sled from the basement.

Dressing for the occasion was equivalent to suiting up for a space voyage. A one-piece snow suit or wooly, bib-front leggings were standard fare. Galoshes, a rubberized shoe that slipped on over your regular shoes, kept the feet dry—well, somewhat.

One year my mother knitted me a scarf, which was quite cozy and came around the lower part of my face much like a COVID mask.  A warm pair of mittens topped off the ensemble. But building a snowman, making a snowbird, or having a snowball fight quickly left hands and feet soaking wet.

The Warmth of Home

Eventually, when my little fingers got so numb, I couldn’t feel them, I’d head back indoors. Sure enough, the hot chocolate was sitting on the stove. But first Mama would take my little hands in hers and rub them gently.

Today when I looked out upon the snowy streets, I was tempted to go out to play. But there was no Cream of Wheat to warm my innards, no snug mittens, or rickety sled

I gave up on the idea (though Robin and my granddaughters made a few treks up and down Art Hill). Instead, I had a cup of hot chocolate, which I sipped slowly and with many happy, snow-filled memories. 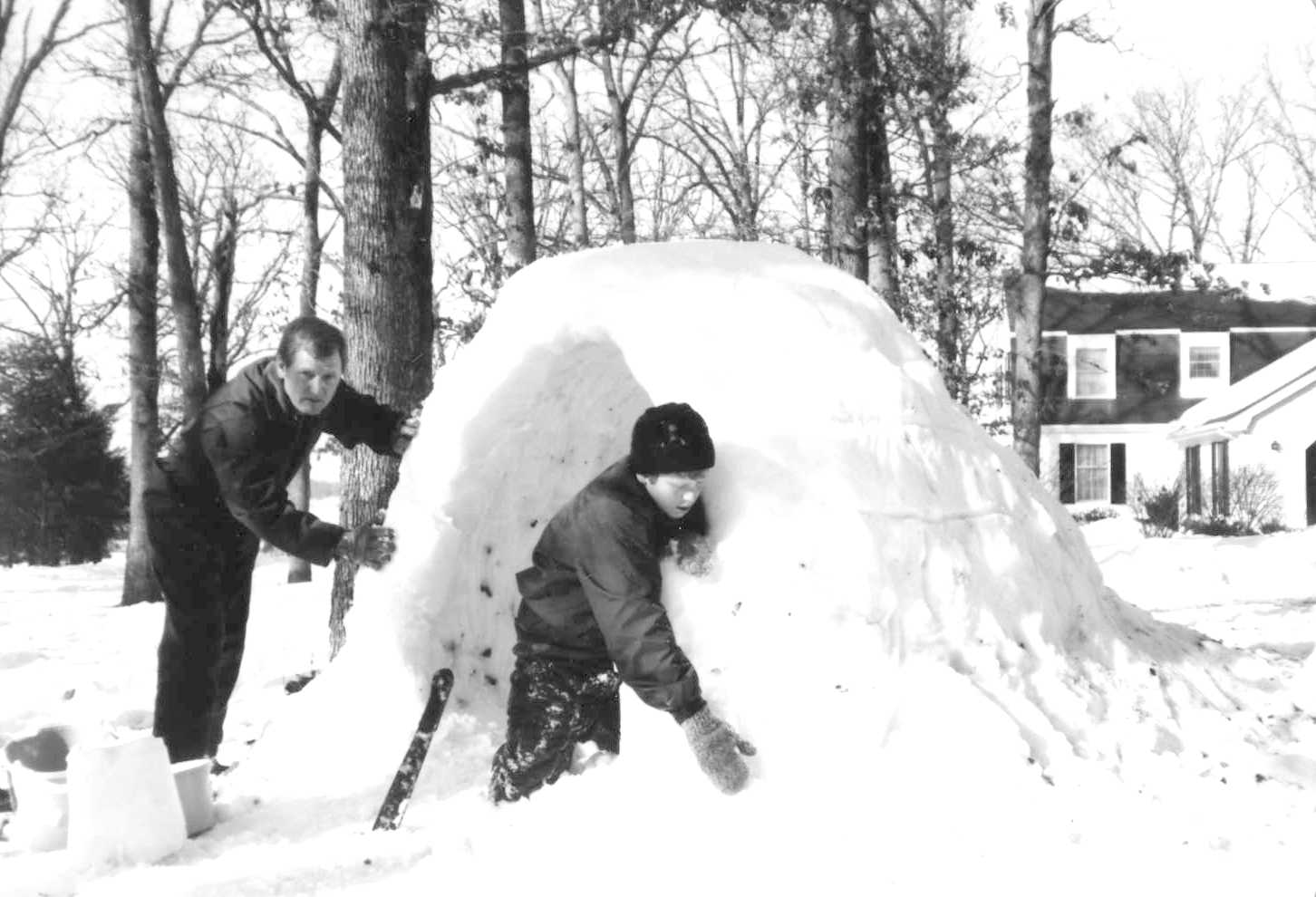 Tom and Mel build a snow igloo, that later appeared on our Christmas card.