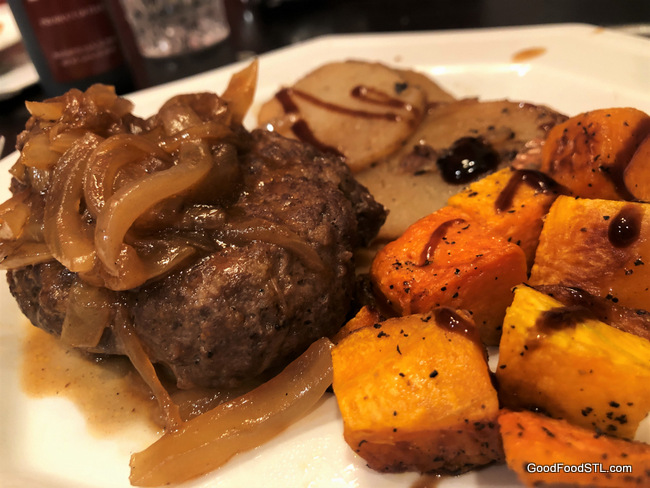 I made this meal of Salisbury Steak, fried potatoes, and roasted squash for a house guest this week. It was a comforting flashback to a bygone era.

My family didn’t eat much steak when I was a kid. Round steak was as far up the meat chain as we got. Pounded into smithereens, it was most often served as Swiss Steak.

Then there was a “fake steak” made of ground beef and referred to as Salisbury Steak, a concoction of ground meat, bread crumbs, Worcestershire sauce, dry mustard, beef broth, and ketchup. The whole shebang got shaped into flattened ovals, fried, and smothered in an onion-mushroom gravy. Good eatin’! Even so, I often gave mine a jolt of ketchup.

You don’t see Salisbury Steak on most menus today. But grocery store freezer sections still offers the classic meal. (Stouffer and Swanson versions are considered the best of the lot.) But making the dish from scratch is easily done, since most ingredients are those you have on hand. 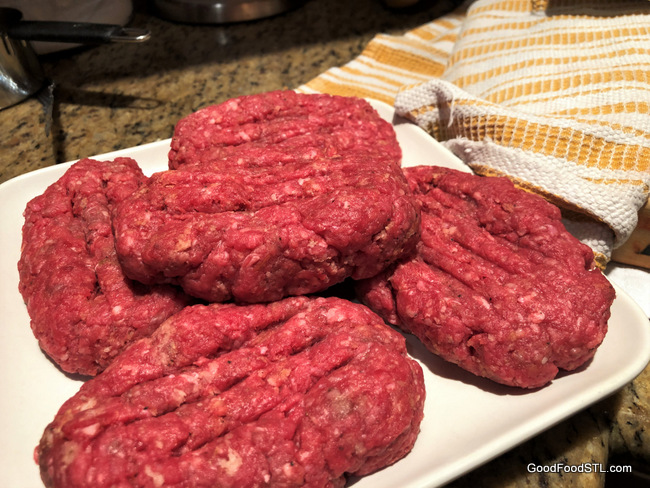 If you add grid marks with a large fork or the side of your hand, the “steak” patties take on a grilled look.

As American as Apple Pie

The meaty medley was introduced in 1888 by Dr. J. H. Salisbury, a believer in the low-carb, meat-centered diet. He suggested the dish be eaten three times a day along with hot water to aid the digestive system. Those who latched onto the new health formula made up for the lost carbs by serving the meaty ovals with mashed potatoes or noodles.

Food Network diva, Ree Drummond, aka The Pioneer Woman, whose family runs a huge cattle ranch in Oklahoma, has recently given the old recipe a shout out. Here’s her recipe/video for the simple dish that can be made in 30 minutes. 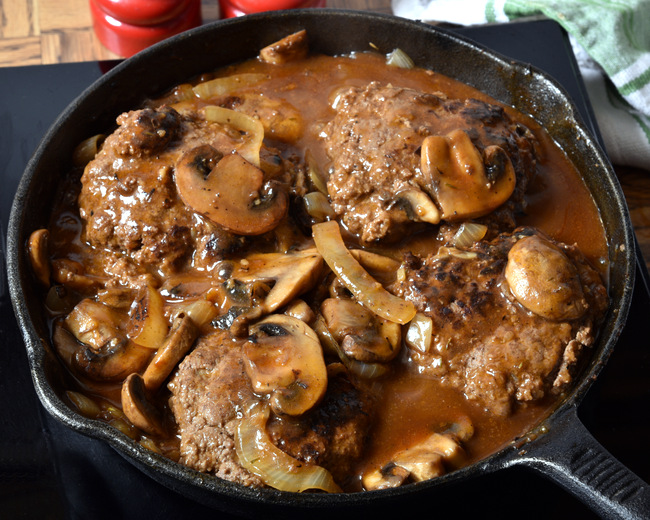 Ree Drummond’s recipe doesn’t call for fresh mushroom, but the addition definitely dials up the flavor. 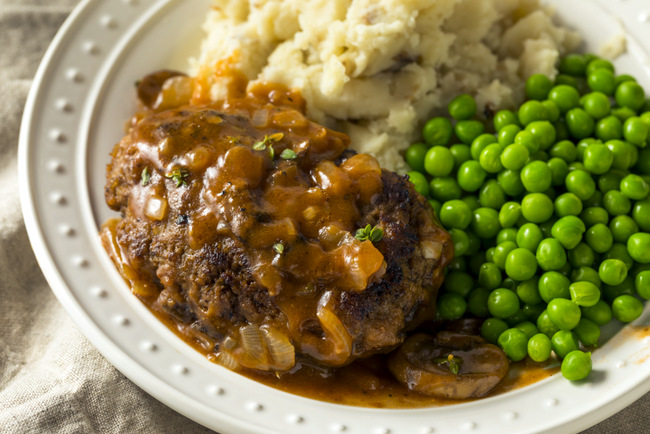 Mama always paired her Salisbury Steak with mashed potatoes and peas, as did school cafeterias. This is the plated version most often seen in the 50’s.