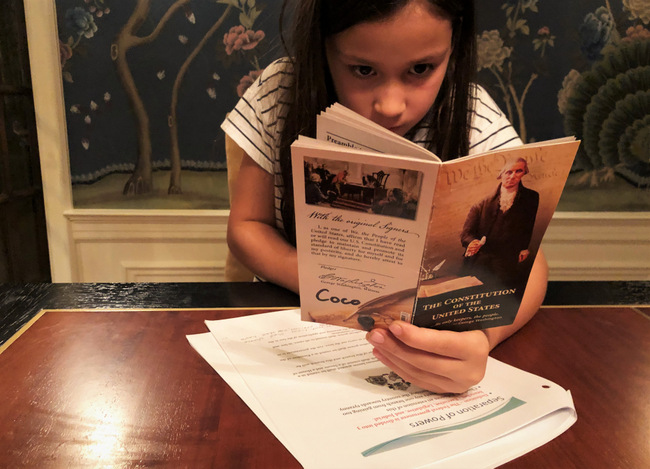 It‘s not “Harry Potter,” but in light of recent events, the U.S. Constitution is a more compelling read for students than it once was.

My granddaughter, Coco, a 4th grader, is studying government and the Constitution this year in school. She took time out from her homework to explain the “separation of powers” to me.  🙂

I recall being re-introduced to the U.S. Constitution when I went to the U.S. Senate in 2001. It was the custom of Sen. Robert Byrd (D-WV) to give new members a pocket-size copy of the document on which our nation is founded.

Byrd always carried a copy in his coat pocket. While making an impassioned speech on the floor of the Senate, he would reach into his jacket, pull out the small booklet, and wave it in the air to make a point. 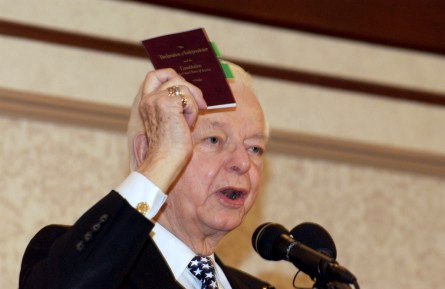 Yes, the old Senator literally “wore the Constitution.” It was part of his daily attire.. (Photo by Roll Call)

Do You Know Where the Original Constitution Is Kept?

Some years ago I had the opportunity to take one of my granddaughters to see the U.S. Constitution and Declaration of Independence. We walked up the long stairs to the National Archives in Washington, DC. to the roundish-room that houses the symbols of our history.

People view the treasured documents from under glass. In the event of a catastrophe, the hallowed writings can be immediately lowered into a protective vault. The dimly lit room is a solemn place. People spoke only in hushed tones. 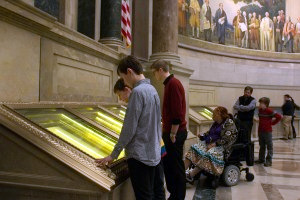 Thousands of tourist visit the National Archives to see the documents on which our democracy rests.

One of the highlights of my life was standing on the Senate floor, placing one hand on my old Bible and the other in the air as I swore “to support and defend the Constitution of the United States against all enemies, foreign and domestic.” 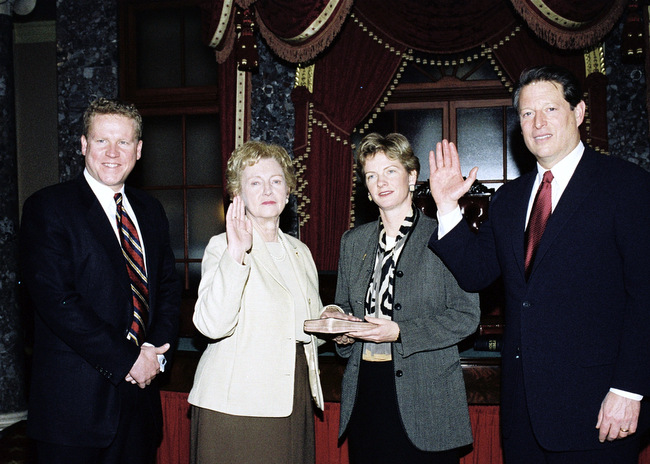 I had just been sworn in as U.S. Senator by Vice President Al Gore. I was joined by my  children, Tom and Robin. Russ was in Jefferson City at the time, being sworn in for his first term in the Missouri House.

During my time in the US Senate, I often included this story in my speeches. It seems particularly relevant today.

When Eisenhower became president, he looked about for a painting to hang in his office. He found one in the storage room of the White House of George Washington and his men.

He like the painting, but it was incomplete, the artist having died before the work was finished. Eisenhower hung the work anyway, saying, it was a reminder that the work of freedom is never finished and that there’s room in the picture for all of us.