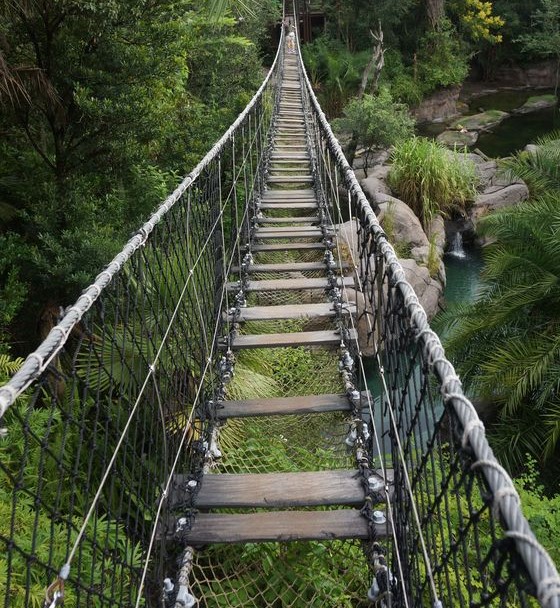 Some years ago while traveling in Taiwan, I crossed a bridge—a rope footbridge—leading to a Buddhist monastery. At first I wasn’t quite sure that I wanted to make the crossing. The flimsy, swaying bridge overlooked menacing rapids that pounded on huge rocks jutting from the river.

I thought of the old joke about the man who was considering such a crossing, when he noticed that one of the ropes on the footbridge was frayed. He asked the monk giving the tour, “How often do you replace the ropes?”

The monk replied, “Every time they break.”

The World is a Very Narrow Bridge

But the much revered Rabbi Nachman didn’t think we should wait for the “ropes to break.” The 19th century rabbi declared that we should be there for each another before tragedy strikes. One version of his well-known verse goes: “All of the world is a very narrow bridge. . . and the main thing is, though we fear, we won’t let each other fall.”

His words of caution are not just about our foothold on the bridge, but to seeing that those around us don’t slip. I think that’s what the Founding Fathers had in mind, too, when they wrote about us looking out for the “general welfare” and securing the “blessings of liberty.” 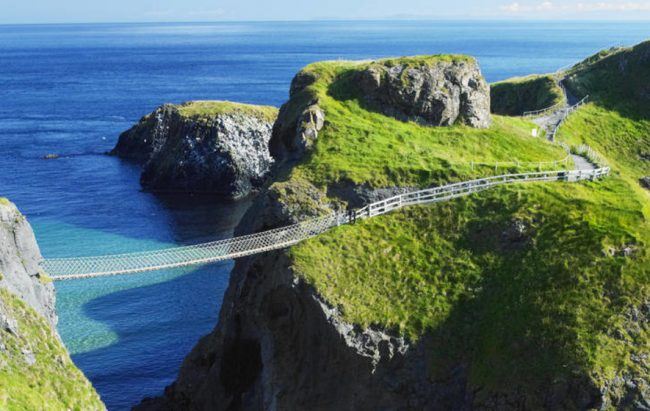 Carrick-a-Rede rope bridge on the Antrim coast of Northern Ireland. (Crossed this one several years ago.)

My granddaughter in disguise on Messenger Kids. (That’s me in my “bunker disguise” in the right upper corner.)

Since my confinement at the farm, I’ve had inquires about my well-being from around the country. My friend Scott sent me a “bunker bundle” of gourmet ham and bacon. My neighbor, Steve, recently butchered two cows and left a cooler full of beef at my front door this morning.

Martha offered a “drop and dash” service, if I needed anything from town. What’s more, she had some almond flour in the event I wanted to make macaroons.

Lucy and Cyndy and my friend, Freda, in California continue to check on my well-being. My Facebook pals lighten my spirits with their regular notes. I feel so proud that Coco, my granddaughter, has put me on her Facebook Messenger Kids along with her other friends to teleconference. And my family is making store and pharmacy runs. They are protecting me like I was a rare and ancient artifact. I am blessed.

I like what the poet Mary Caroline Richards wrote: “It helps, I think, to consider ourselves on a very long journey; the main think is to keep to the faith, to endure, to help each other when we stumble or tire, to weep and press on.”

Note: Part of this post was taken from my book The Tide Always Comes Back.