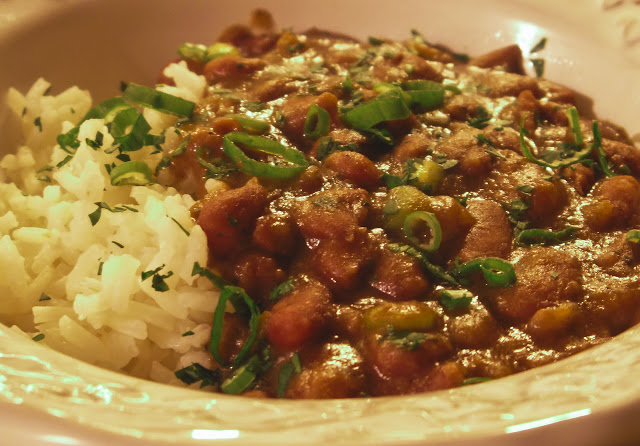 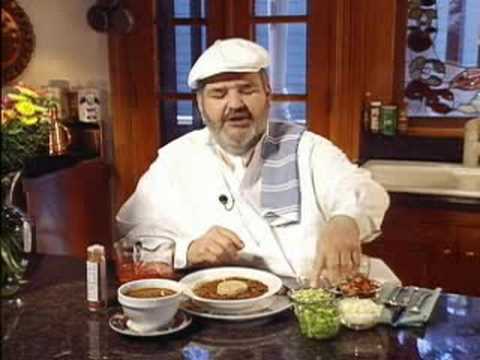 I love the opening line of Louis Armstrong’s recipe for red beans and rice: “First, get a pot half the size of a tuba.” I think of that every time I start a big pot of soup. But my “half-tuba” pot got misplaced following my house fire in 2001. Years later I found it among the boxes, that had been hastily packed and stored.

Everybody needs a half-tuba pot; it inspires you to make big batch recipes, some of which can be frozen for another day. 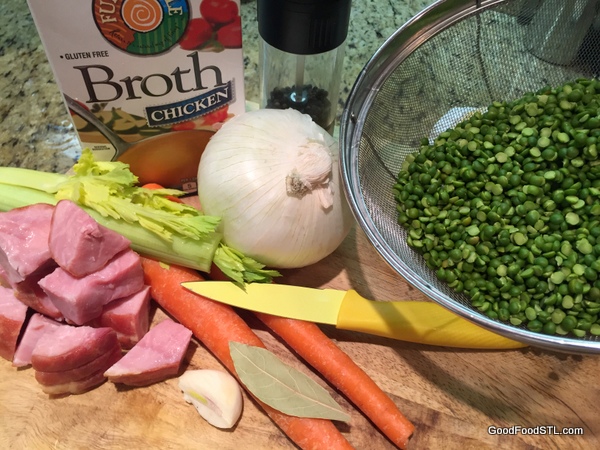 It all begins with a few simple ingredients.

There are two kinds of pea soup. The smooth, pureed kind, that you find at Straub’s deli or in a Campbell’s soup can. Then there’s the chunky, robust variety dished up by Ina Garten, that includes hefty bits of carrot, ham and even potatoes.

Culinary experts like Emeril and Martha have “souped up” the traditional recipe, too, by adding fresh herbs and replacing the water with chicken broth. Since I’m a pea soup person, I like both varieties. 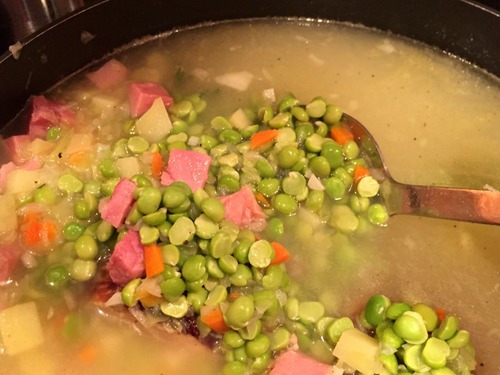 Split green peas start out looking like this. They grow more flavorful while bobbing around in the pot with good companions: a ham bone, onions, celery, potatoes, garlic, carrots, and a bay leaf.

To Soak or Not to Soak

I usually soak split peas overnight or, at least, boil them awhile before adding the other ingredients. But the packages now say there’s no need; they’ll cook in 60-90 minutes. Wrong! I recall the last time I made a pot of unsoaked pea soup it took 4 hours before those rascals became mushy!

I later read that the longer cooking time is needed when your dried peas are old. Well, they shouldn’t have been. I had just made a special trip to fetch them from the grocery shelf. 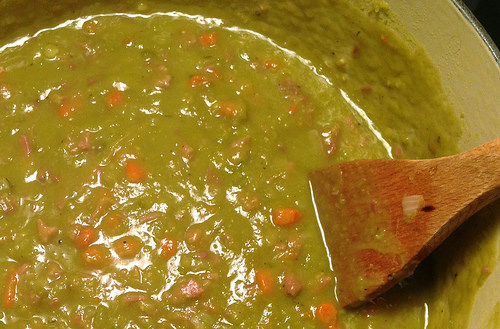 Recently I’ve gone back to my old pea soup recipe, that requires soaking. It’s a cross between Ina’s version and one I found on the back of a split pea package 40 years ago.

First, I needed some flavoring to include. I had just pitched a bone of undetermined age, that was suffering from first-degree freezer burn. So I stopped at the Honey-Baked Ham store on Manchester to get a nice meaty bone. Cook’s Illustrated considers a ham bone preferable to a hock or shank. Ham hocks, they say, make the soup too greasy and a shank adds both grease and salt.

When using a bone from a glazed ham, such as Honey Baked, I cut away the darkened areas. I also wash the bone to prevent the sweetness from effecting the flavor of the soup.

The Peace and Pleasure of Pea Soup

The kitchen gurus at Cook’s magazine also encouraged caramelizing the vegetables rather than just tossing them in the pot. That’s useful information you’re not likely to find on the back of a pea package. With all these caveats in mind, I gathered up my vegetables and began chopping. Whoosh—into the pot they went.

In a few hours, I had a superb pot of old-fashioned “peas porridge.” As a bonus, my entire condo unit took on a homey aroma. Ahh. . . the peace that comes with perfection. 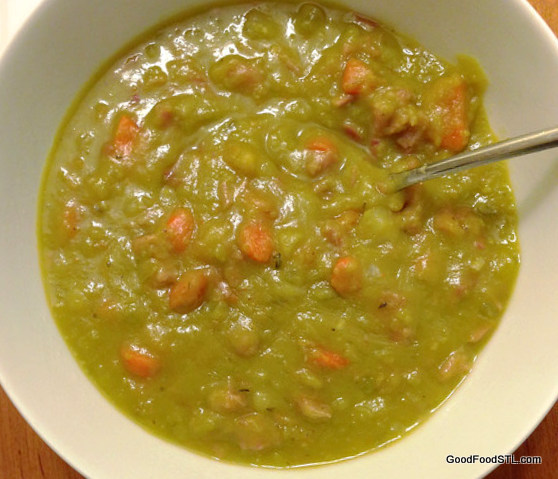 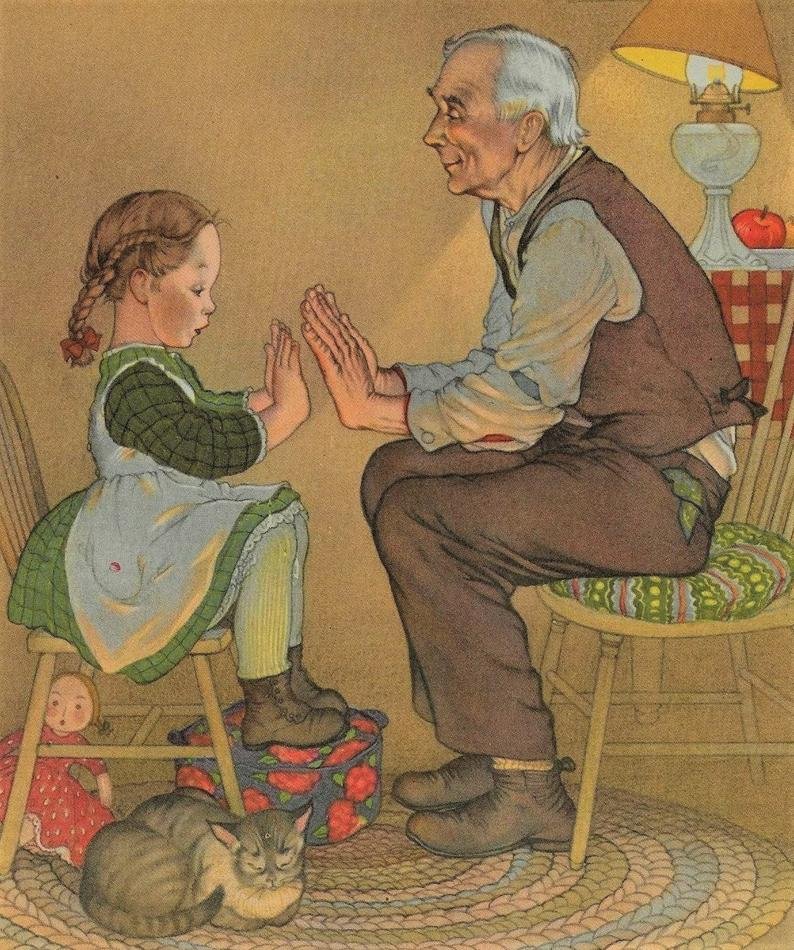 Cooks of long ago would leave a big pot of peas sitting on the back burner, that could be eaten hot, or cold, over a period of days. Presumably, some thought they improved with age.

I’m eating the last of my pea soup as the snow falls. It takes the chill off the day and is still quite tasty.