Advice from a Venetian Cab Driver

The abundance of tomatoes I’ve enjoyed this summer reminded me of a conversation I had in Italy several years ago. On my way to the airport after a stay in Venice, I inquired of my female cab driver.

“Do you eat pasta every day?” I asked the svelte, young woman.

“How do you make your sauce?  I want something quick and easy. . . an everyday recipe that an Italian family would use.”

“Very easy,” she said in broken English. “Cook chopped onion and garlic in olive oil. Must be extra-virgin. Very important.”

I was scribbling furiously on the back of my opera program that I found in my purse.

“Pour in large can whole tomatoes, that you crush with your hands. Or fresh when you have them. Then—very important—cut up fresh basil. Must be fresh. Add salt. Cook one hour.”

“No.  Do just as I say and you have very good sauce everyday.”

I have since tried her recipe—but not everyday—and it is quite good. But Americans are never content to leave well-enough alone, so I insist on adding a bit of sugar and red pepper flakes. 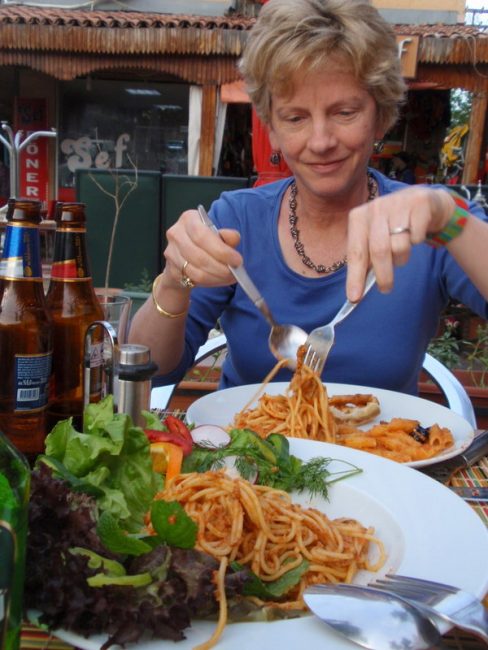 Robin and I share a bowl of spaghetti several years ago in Turkey. 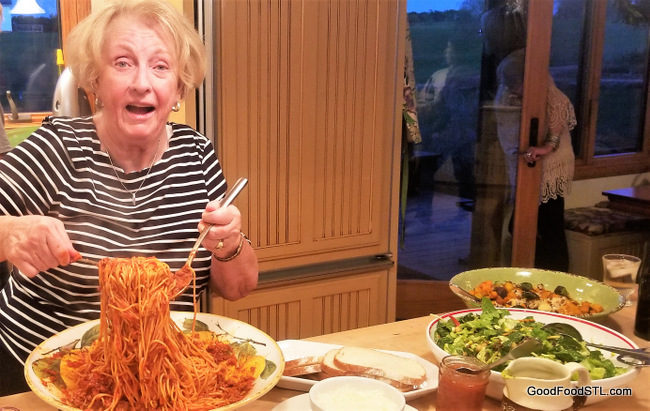 Spaghetti and I have had a long and hardy relationship. When suffering from food fatigue and Covid burnout, there’s comfort to be had in a helping of carbs. 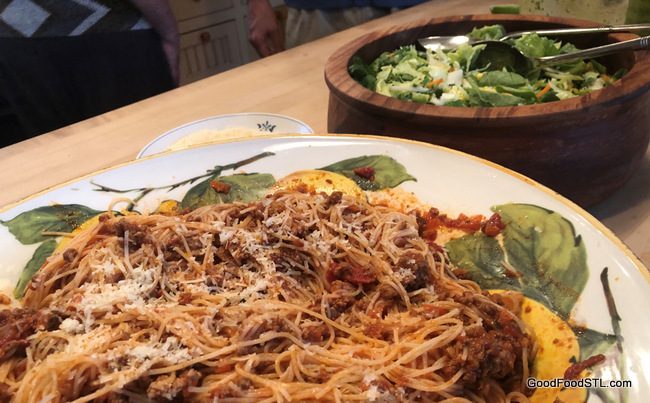 When it comes to spaghetti, this Bolognese Tomato Sauce is the one I turn to most often. Besides the usual soffritto of celery, carrot, onions and garlic, the sauce gets a splash of white wine, milk, ground beef and pork in addition to the can of whole tomatoes and tomato paste. 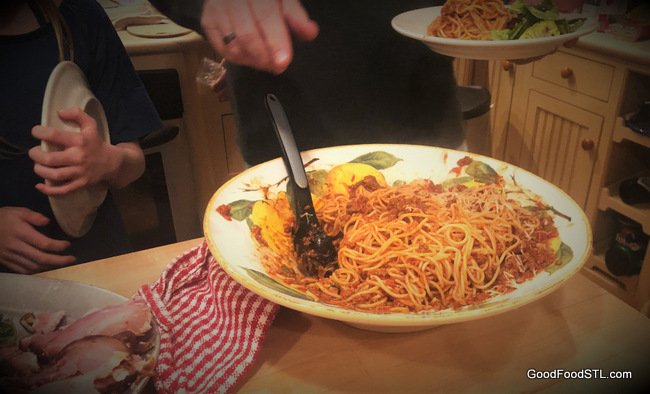 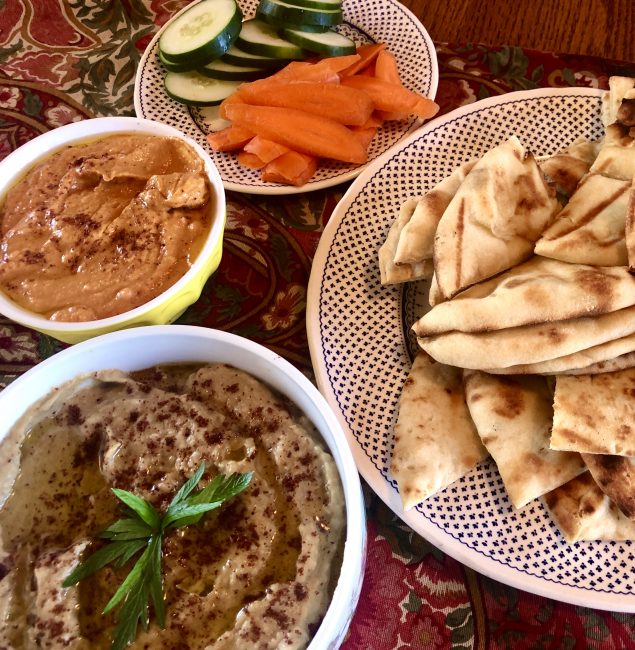 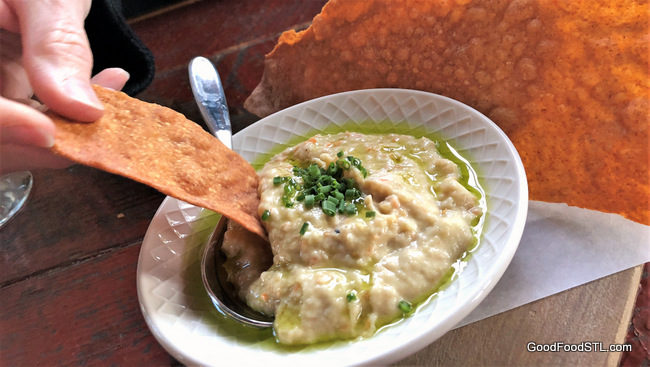