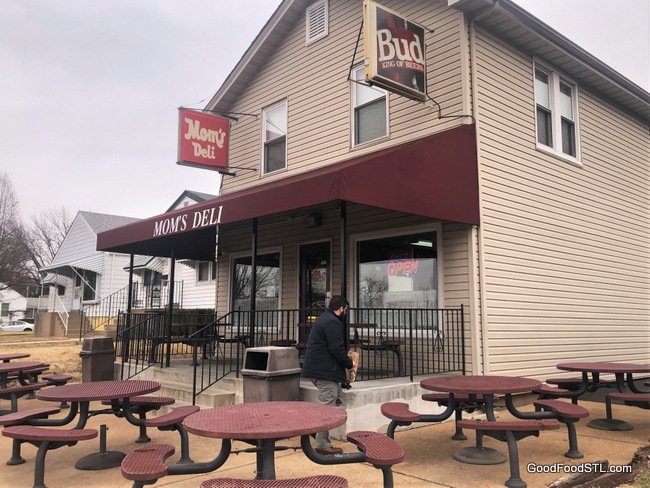 Mom’s has no tables inside the deli, but a lot of fair-weather seating outdoors.

Delis Abound in the Lou

The St. Louis area is awash in good delis—those small local shops that make and sell sandwiches and various salads. As to the difference between a sandwich shop and a deli. . . well, things get a little fuzzy there.

But most delis do more than sell prepared foods, they carry items geared to the neighborhood. Some grocery stores get in on the act with deli counters (i.e. Straubs in Clayton and DiGregorio on The Hill).

This week I added one more: Mom’s in the Lindenwood Park area. Along with a couple of friends, we drove over to Jamieson Avenue, where the busy little deli has been a neighborhood mainstay since the 70’s. Today the business is run by Denise Vago, granddaughter of the original owners. 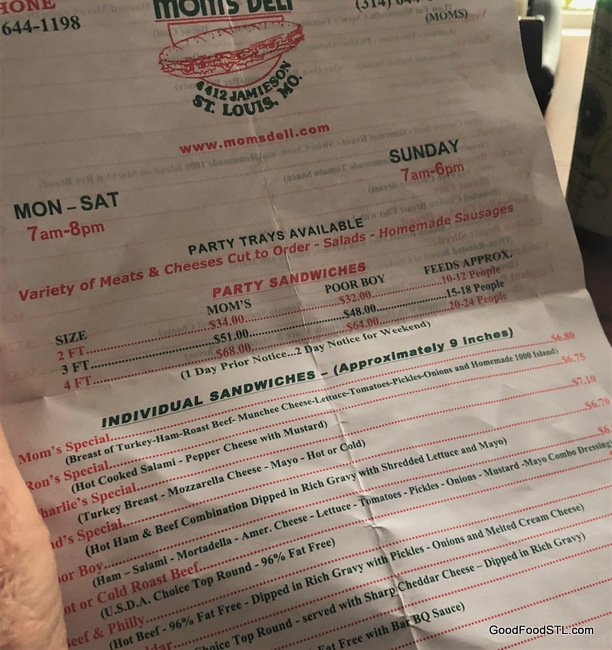 The back side of the menu shows more of the items offered at Mom‘s.

The medley of meats is topped off with lettuce, tomatoes, onions, pickles and Mun-chee cheese. Huh? Mun-chee cheese?? What’s that? When I asked Siri, my All-Knowing Apple Assistant, I learned it’s a white, semi-soft American cheese—one that’s mild, sweet, and especially good on sandwiches.)

“A Saucy Cover Up”

But wait. . . there’s also the homemade, tangy, Thousand Island dressing besmeared on both sides of the bread. Wow! When you close the lid on that puppy, you’ve got some good eating.

Yes, Mom’s lives up to it’s name with a kitchen that’s open every day of the week and a staff that treats customers like hungry home folks.

One of Mom’s many sandwich creations. 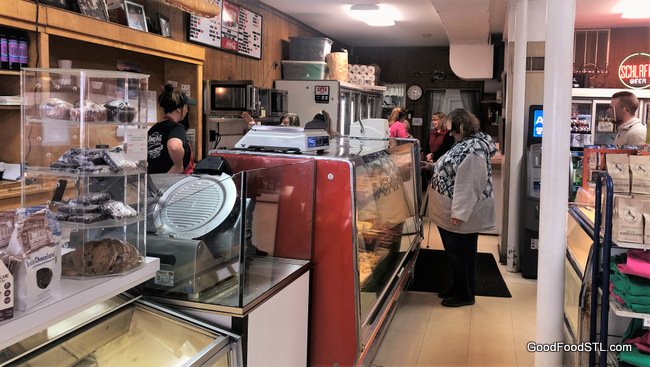 Upon entering, you immediately notice the place is as neat as a pin and the workers friendly and helpful. 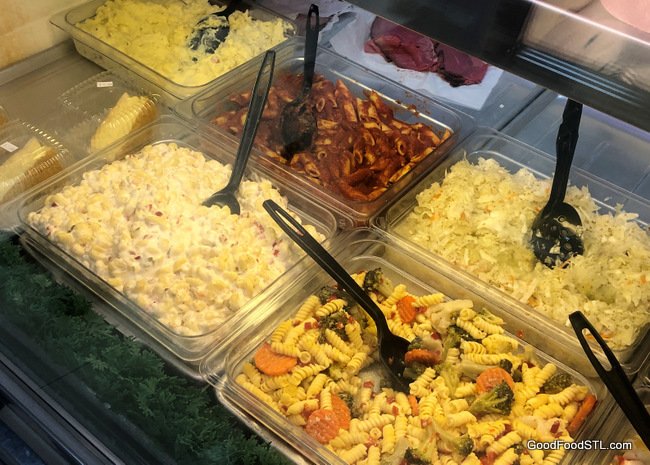 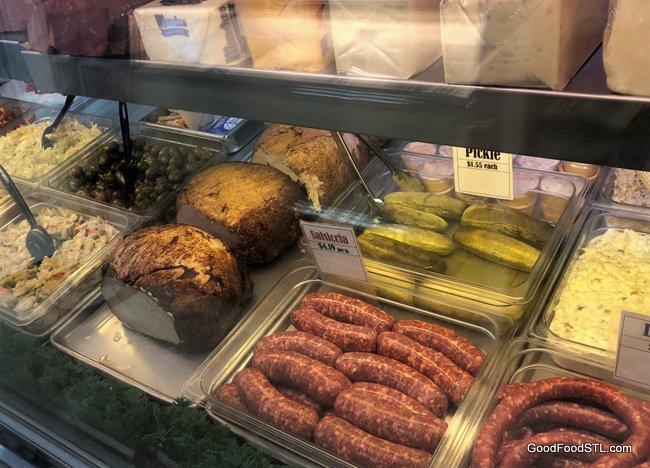