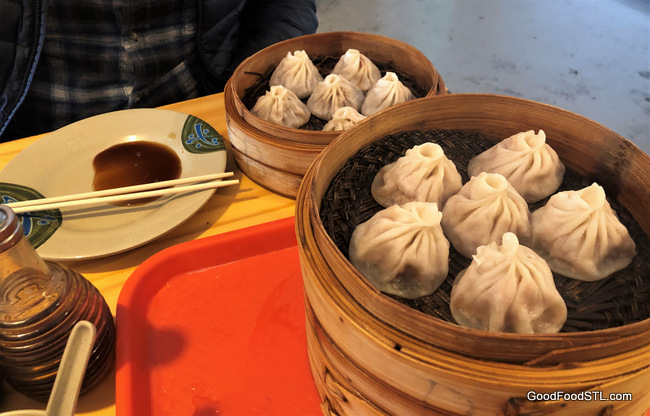 Soup Dumplings STL, the model for our own attempt at dumpling making.

One of my favorite Asian restaurants on Olive Blvd. is Soup Dumplings STL. The Chinese restaurant is located in a small, strip shopping center next door to its high-falutin sister, Private Kitchen. The no-nonsense menu is shown on a chalkboard behind the walk-up counter. Ordering is not a hard decision: it’s dumplings, dumplings, or dumplings. Actually, there are three varieties: pork, beef and shrimp. I especially like the pork.

I miss this place. So when my grandson, Austin, showed up here at the farm with all the ingredient for making Momo, a steamed dumpling he had last year while in Nepal, I was excited. We used wonton skins for the wrappers and cut them into circles with the edge of a drinking glass. He also had a pork butt, that he ran through the food processor to make the ground filling. 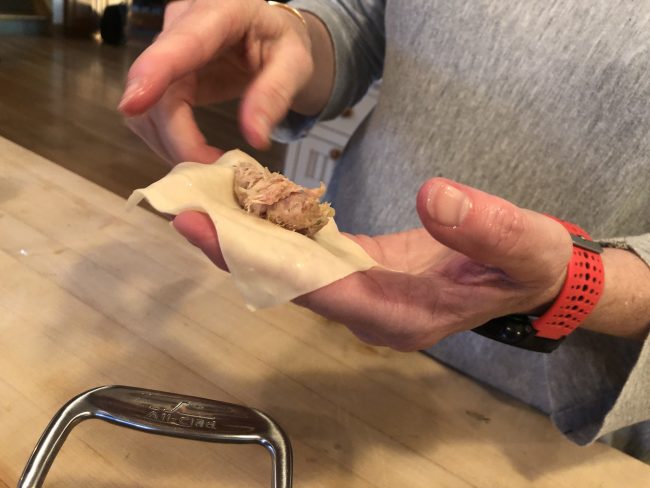 Trying to close the dumpling with a pleated or pinched top was the most fun. I’m thinking this would be a good family activity for those “home schooling” in recent weeks. 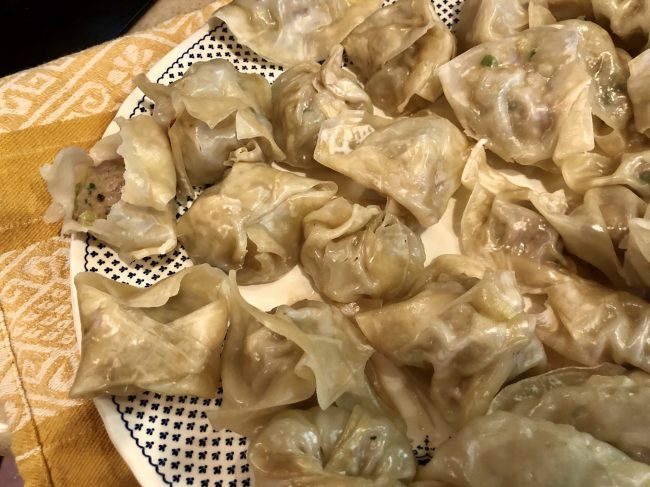 Not as symmetrical as the professionally made dumplings, but still extremely tasty.

Unlike the dumplings at the Olive Blvd. restaurant, ours were not all perfectly shaped. You might say, we gave each a creative twist. Some looked more like ravioli.

No matter, we popped them all in the steamer. The professionals at Soup Dumplings use bamboo steamers to cook their dumplings. We did ours in a metal steamer pot, which was efficient, but less exotic.

For more precise dumplings, gadgets are available on line. One such device cuts rows of circles from the rolled dough and another folds and pleats the edges. Hmm . . . I may have to order some of these “kitchen toys” to encourage further production. 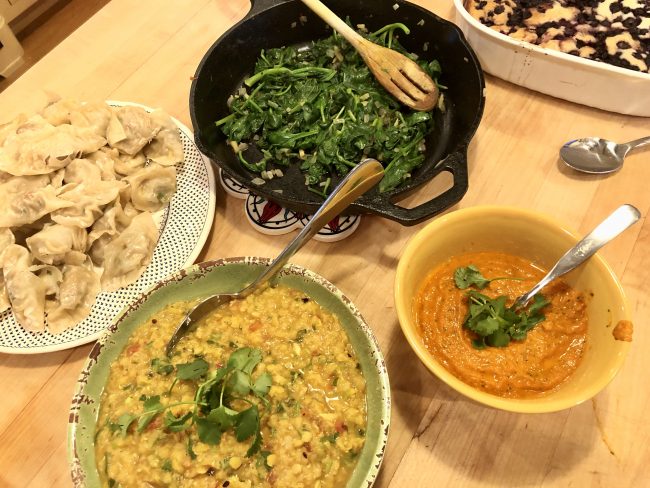 As they say, desperate times call for desperate measures. Austin, the Renaissance Man, having instructed us on making Nepali dumplings the night before, tried his hand at trimming a few stray hairs from my golden locks.

In this selfie, Austin seems most confident; I appear less so. Though my haircut came from a software engineer, the little trim makes me feel a lot better when I pass a mirror.