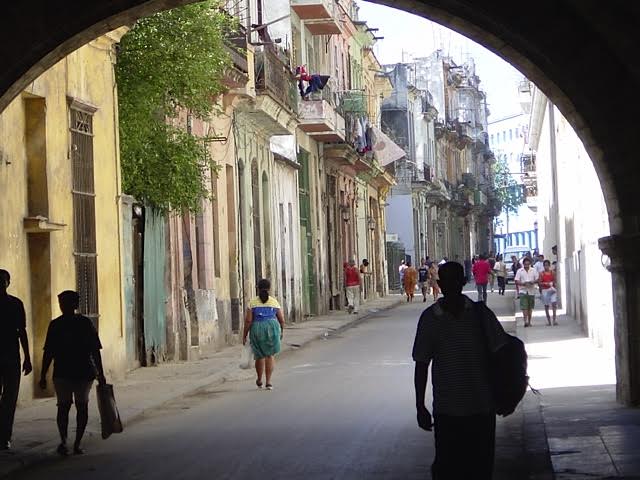 An Havana street scene, that I took when on a trip to Cuba nearly 20 years ago.

I love it when a new restaurant comes with a story. Often it’s an immigrant story. People “tempest-tost” seeking that “lamp beside the golden door.” In 2014, the owner of the new downtown restaurant, Havana’s Cuisine, came here with such a story. 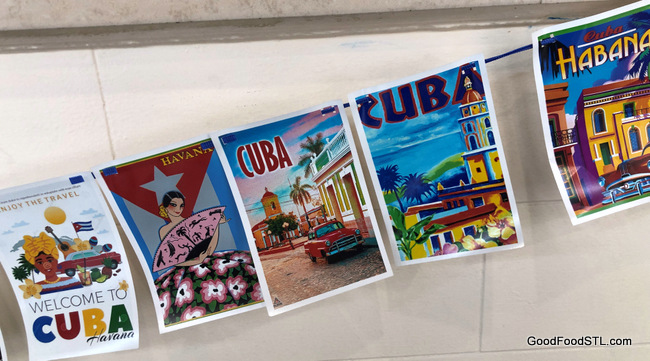 The Cuban accounting teacher had more than enough reasons to leave her homeland. Her daughter, Thalia, an 11-years old at the time, was a chess prodigy, winning international tournaments. Her mother wanted her to have the best chance to improve her skills and that place was in St. Louis. 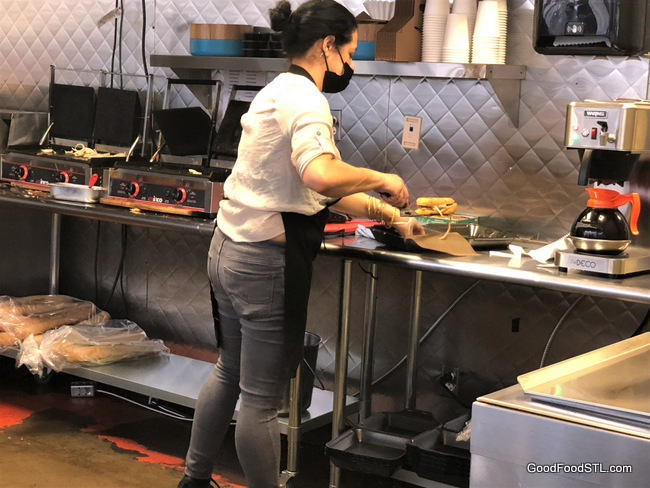 Tamara at the grill. Tamara’s grandparents owned a restaurant in Cuba before the revolution.

Today Thalia, is a college student and chess instructor. She snagged the title: Woman Grandmaster from the International Chess Federation.

Tamara has met with success as well. She started selling her Cuban sandwiches at Soulard Market before rolling out a food truck. Recently she sold the vehicle and in October opened the brick and mortar location on Washington Avenue. 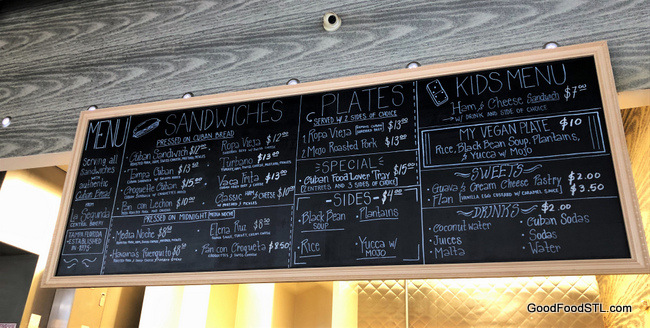 Today “The Home of the Cuban Sandwich in St. Louis,” is earning culinary kudos from it’s many fans.

When Cyndy and I arrived, there was about a dozen people in line. Then I figured out why. Tamara was taking the orders, assembling and cooking each sandwich on a press, and collecting the payment. She even took my tray to the table.

I don’t know if she was short on help that day or whether she’s just well schooled in multitasking.

As the line lessened, Tamara found time to visit with us at the table. I’d brought along a few old photos I’d taken in Cuba and we shared some memories of the island. 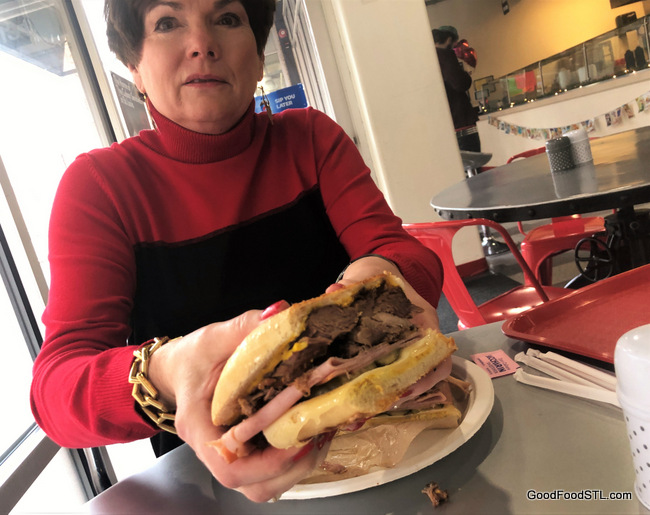 Wow! Cyndy would agree. That’s quite a handful. 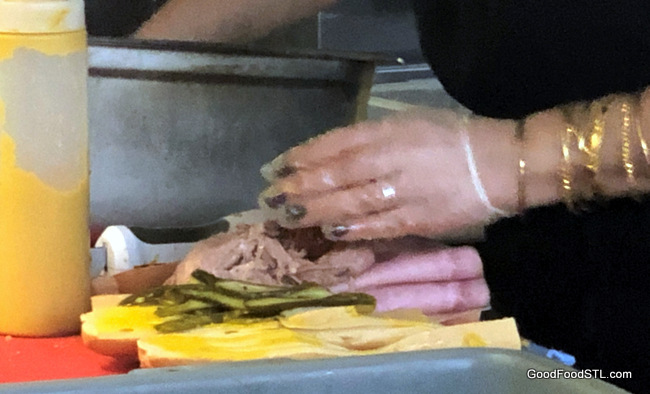 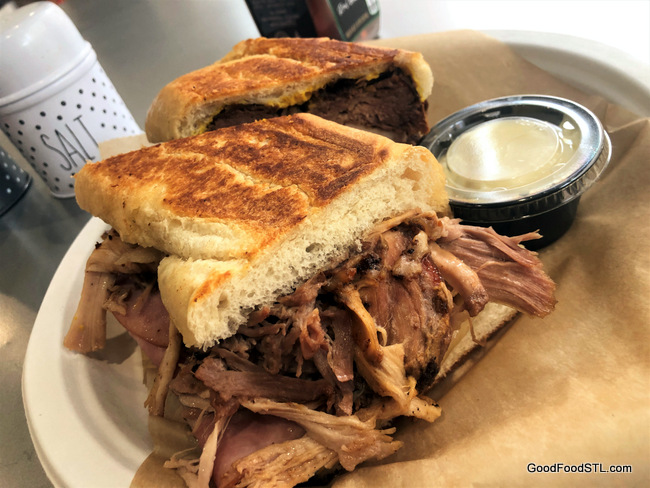 Cuban food is a mixture of African and Spanish cuisines.

While there are sweet plantains, a rice/black bean soup, Cuban sodas and sweets on the menu, the signature dish is the Cuban sandwich. The traditional version comes with ham, cheese, pickles, and pulled pork, that’s been marinated in bitter Seville oranges and garlic.

A Tampa version includes salami. The bread is “imported” from Segunda Central Bakery in Tampa, a 100-year old Cuban bakery.

Be warned, this is a hefty, meaty sandwich. Cyndy and I could’ve split one easily. The Media Noche is lighter. It comes on a bread much like a hotdog bun and without salami. 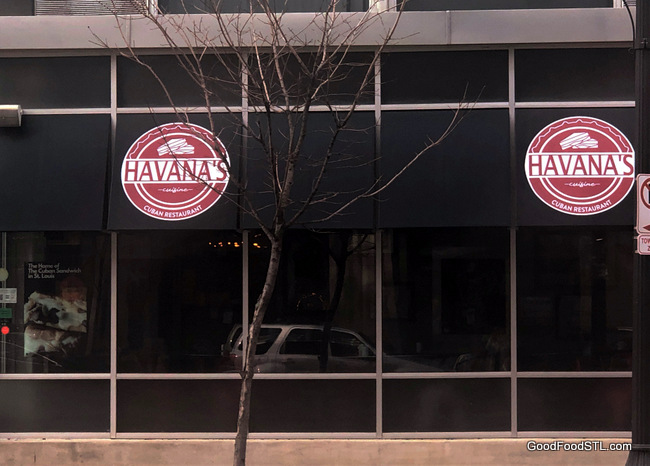 Drop whatever you’re doing and run—do not walk—to Havana’s Cuisine, where you can enjoy a tasty, authentic Cuban meal in the heart of downtown St. Louis. It will make your day.

Conclusion: Move over Subway. There’s a new gal in town.