The grass has riz,

I wonder where the birdies is? 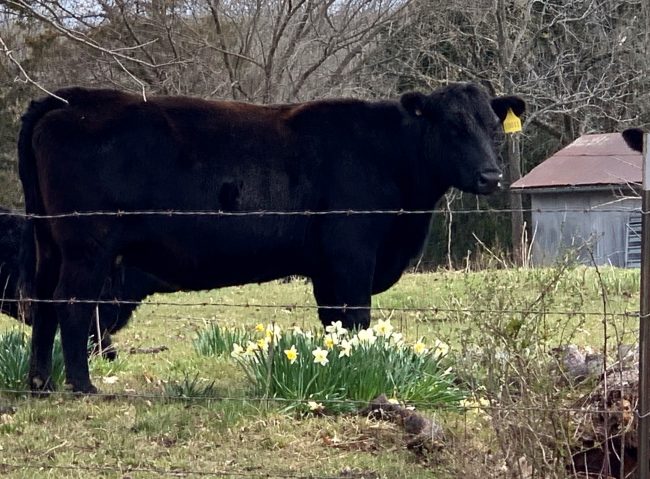 Even the cattle seemed to tiptoe gently around the blooming earth.

Putting Spring into Your Step

When I drove into my farm driveway last weekend, I was greeted by scatterings of daffodils and forsythia swiped with a tint of color.

I headed to the house with a file folder tucked under my arm labeled: “Recipes for Spring.” It was overflowing with printouts from the Internet and recipes I wanted to make again. But nearly all our family and guests were on some diet or another. So I had to scale back a bit. I think it’s a spring thing; we all want to get back into our pre-COVID wardrobe.

Here’s some of the side dishes that graced our table. 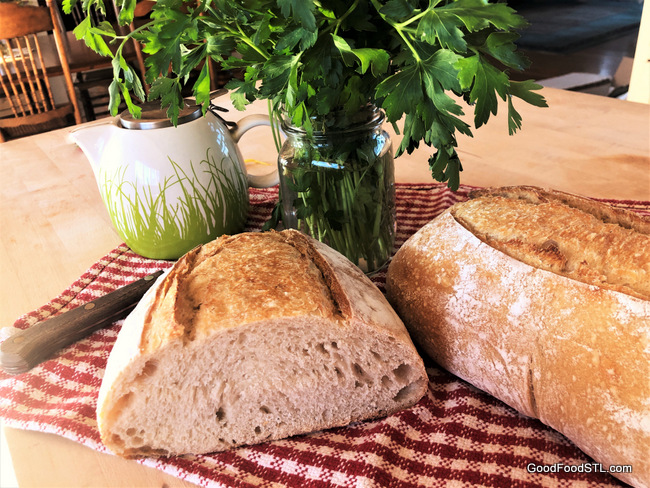 My neighbor, Chef Ken, brought us a couple loaves of homemade sourdough bread, that set the tone for a rustic meal. 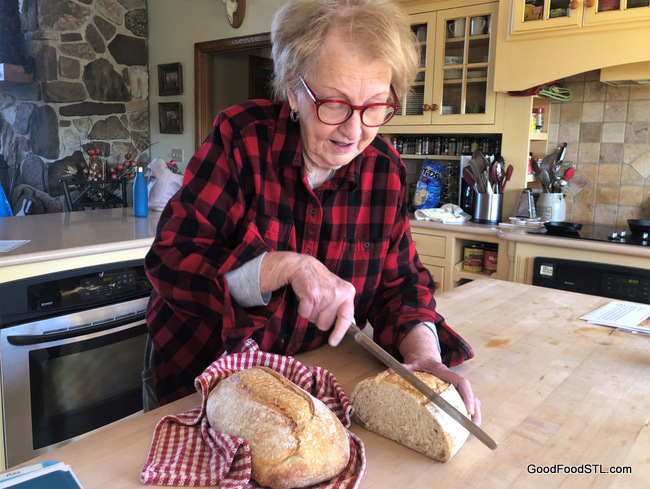 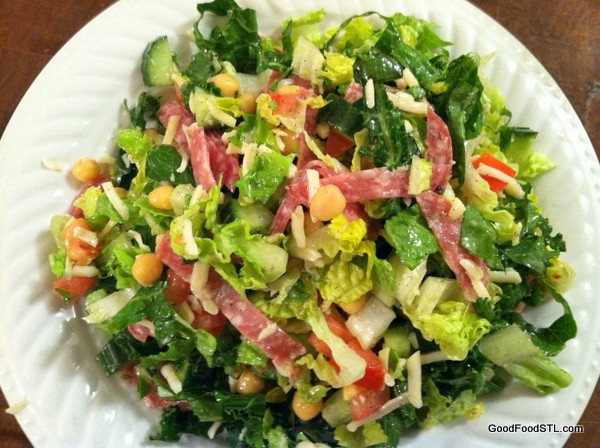 I repeated a favorite, La Scala Salad, made famous in the California restaurant years ago. The recipe has consistently gotten more hits on this blog than any other. One taste will tell you why. 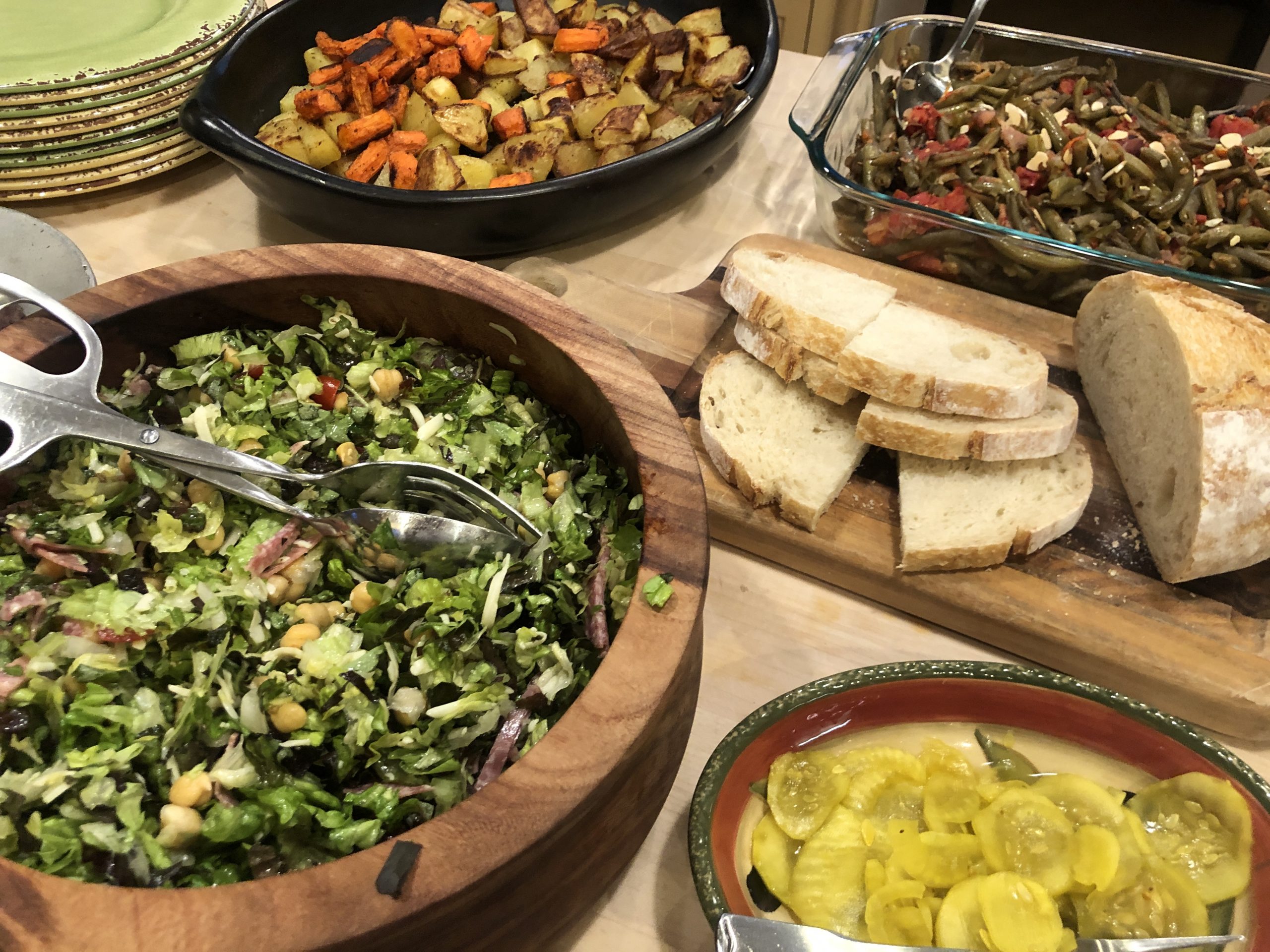 My nephew and wife, the consummate gardeners, bought a dish of homegrown green beans and tomatoes and a jar of bread and butter pickles preserved from their garden last year. 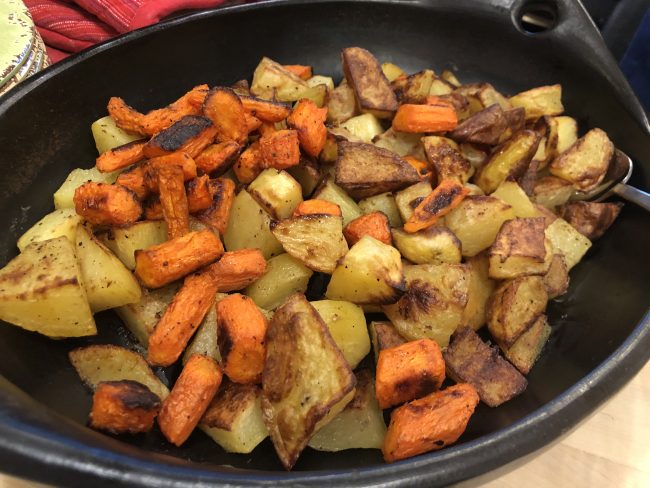 I uncovered a jar of duck fat in the fridge and drizzled it over Yukon Golds and carrots. Oil would work for anointing the veggies before roasting, but duck fat takes the spuds to whole new realm. Roasted Vegetables. 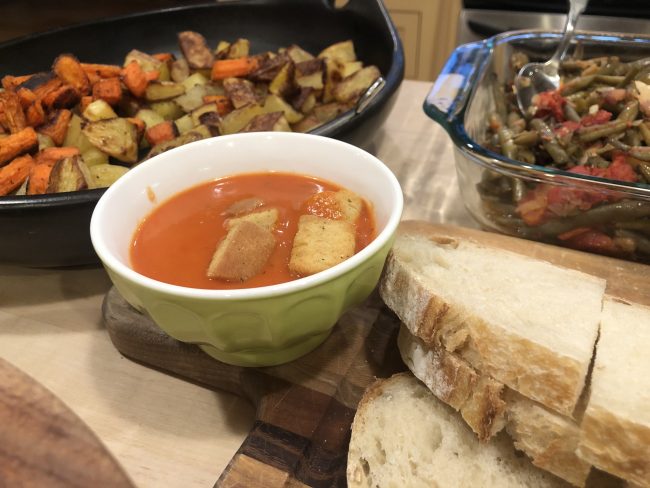 My nephew and wife, Bobby and Peggy, also brought a homemade cream of tomato soup. It won the Oscar for the evening. The recipe is from America’s Test Kitchen, but made with fresh tomatoes that they’d canned. Another more fancified version is shown here: YouTube video. 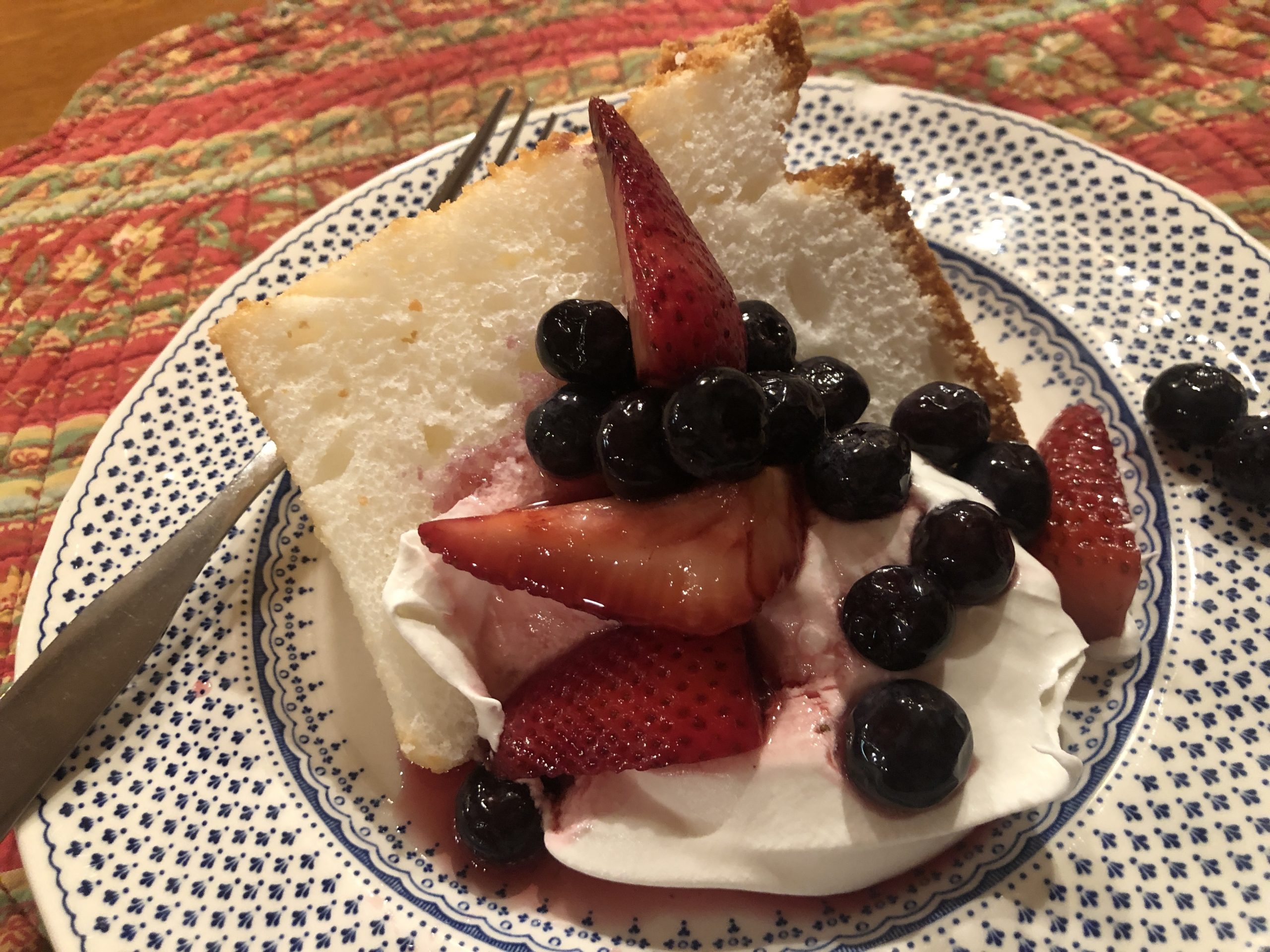 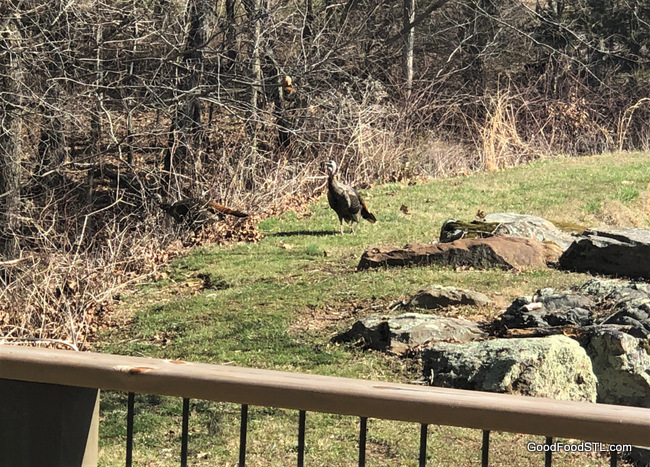 During the weekend, we spotted a gaggle of wild turkeys—at least 50! This one almost walked onto the deck. Obviously, he felt unthreatened for a little longer. Turkey season doesn’t start till April 18 and goes until May 8.