The first thing you notice upon approaching the tidy, noodle shop in the Loop is the bright green awning. But you might wonder why a restaurant named Corner 17 is not on a corner.  Names often come with stories and this one does. Seventeen was the age of the owner, when he came here from China. It marked the turning of a corner in his life. I like that.

The first time I ate there, I was fascinated by the live show taking place in the kitchen. Behind the counter a very serious guy in a white cap was beating the daylights out of a mound of noodle dough. The show was visible to surrounding diners many of whom appeared to be international students—good sign.

Sadly, you won’t see the dough-making show during these COVID-cautious times. Today you call ahead and pick up your order outside at the customer window. Recently, Robin, JC and I ordered kelp, eggplant with brown sauce, a stir fry, and dumplings—-all as delicious as they were when we sat inside and watched the “Dough Man” perform. 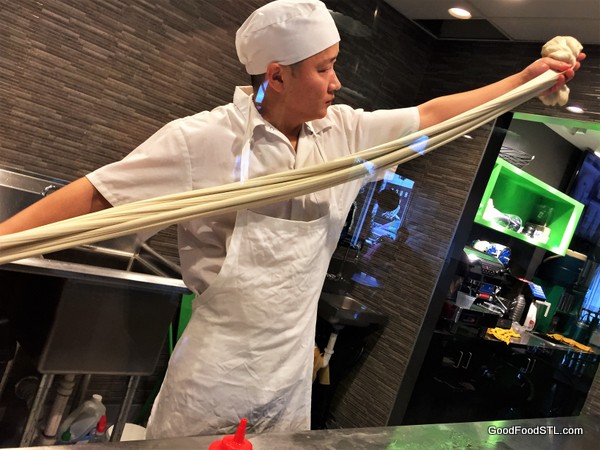 Even so, I still miss watching the “noodle ballet,” that had all the grace and precision of a dance performance. Within minutes the noodle maker would fold, twist, throw, spin, chop, twirl, and stretch the bands of dough until they became long strings of noodles ready for a nearby pot of boiling water.

I was both amused and envious of Dough Man’s skills. (I’m sure he has a far more respectful and appropriate title than that—as well he should.)  I also had my eye on the boiling pot, that was the size of a snare drum and perfect for oodles of noodles.

Food bloggers overuse the word authentic, but I trot it out here because it truly fits. Too much of Chinese cuisine has been Americanized. But the aromas and tastes at Corner 17 remind me of those I enjoyed when I visited China for two weeks in the 80s. 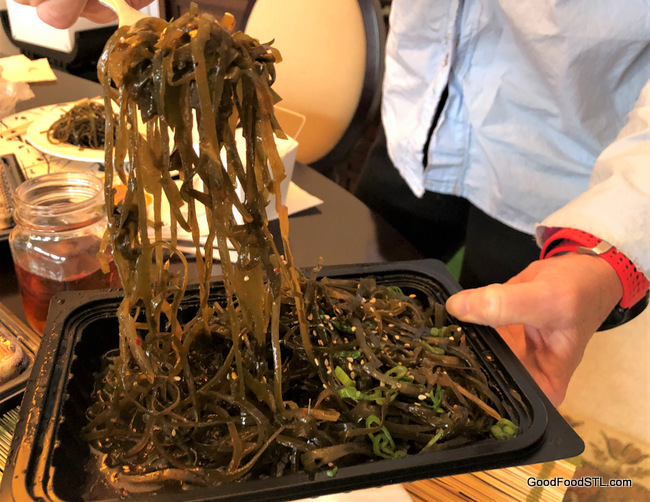 Noodle joints are becoming increasingly popular. This one also offers a large number of other flavorful Chinese dishes along with a fun assortment of bubble teas, and, hopefully, a return of the sideshow someday. 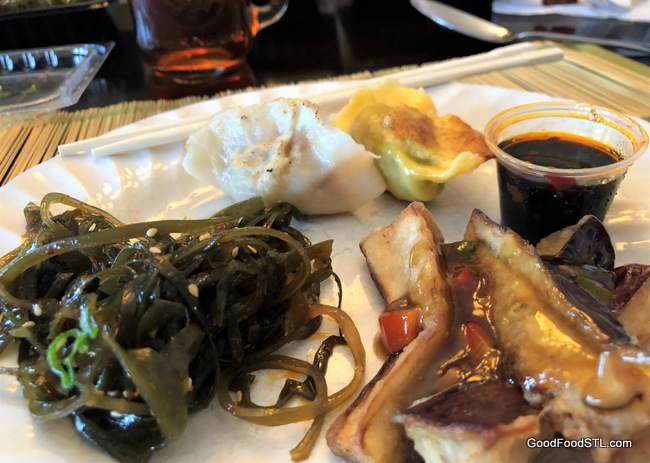 Kelp, vegetable and meat dumplings, and eggplant with brown sauce. 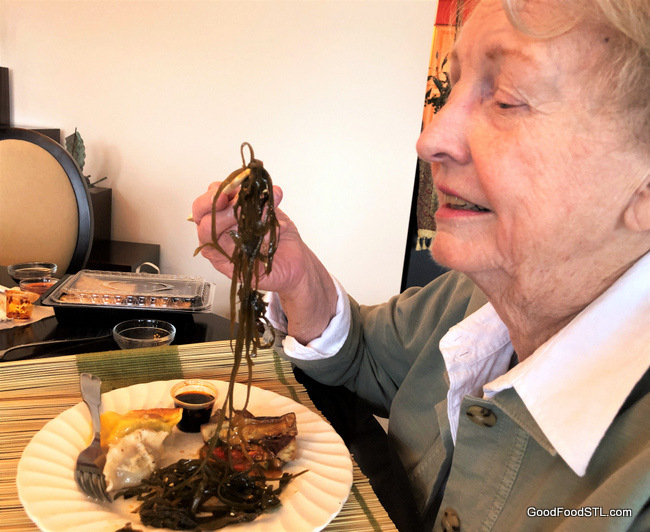 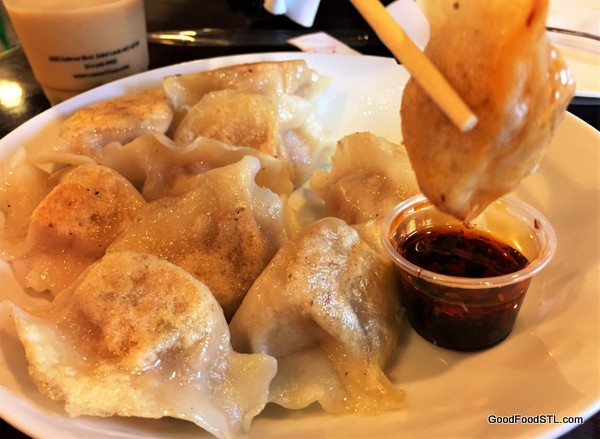 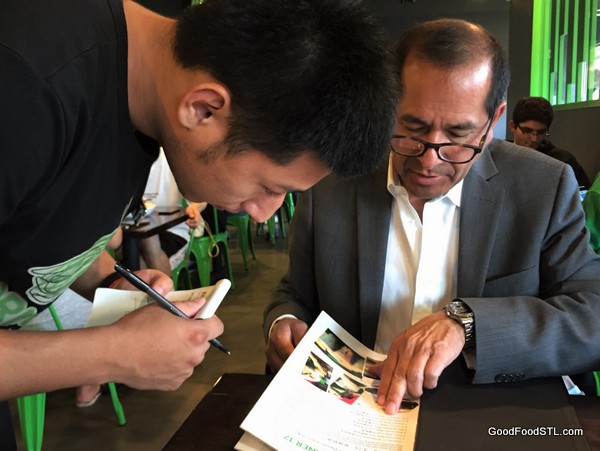 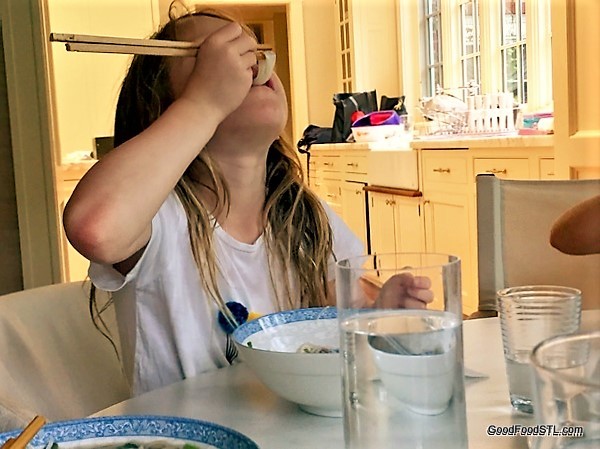 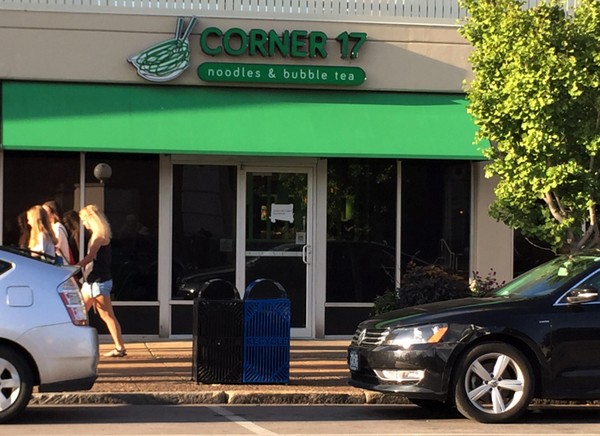 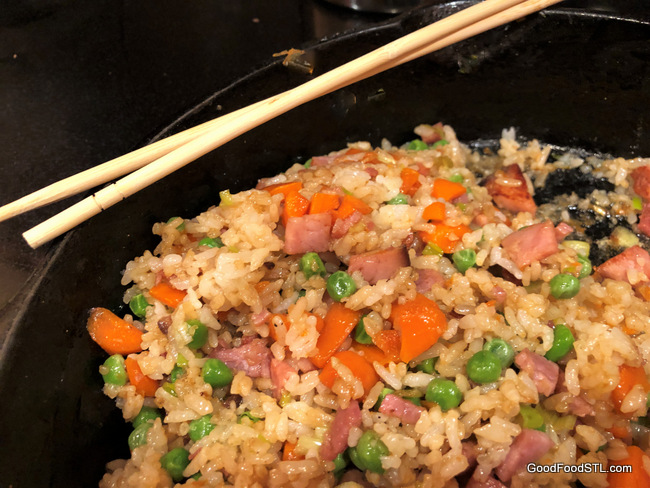 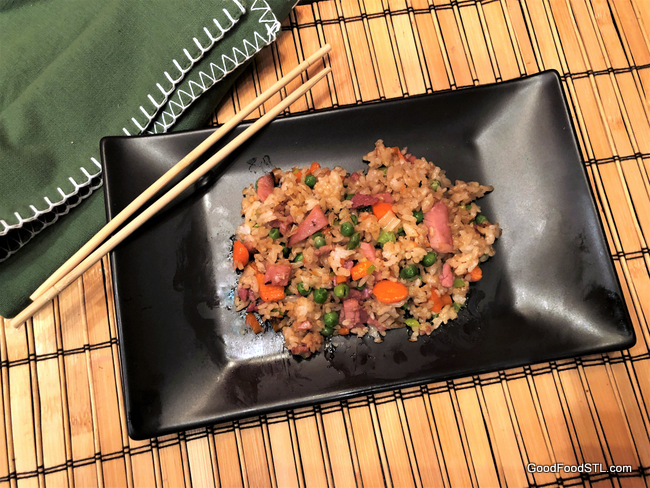