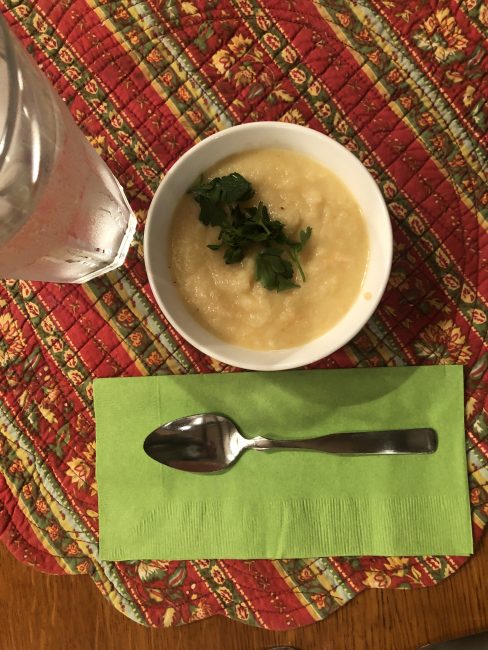 Having been inspired by an old Danish recipe, I kicked off a farm dinner recently with a Creamy Cauliflower Soup. The New York Times’ dish is low in fat, high in fiber, and a powerhouse of nutrition.

Chou fleur, as the French call the edible flowerheads, was popular at Versailles, where it was a favorite of both Louie XIV and Louis XV. Serve your family and guests a bowl of this historic soup whenever you want to make them feel royal. 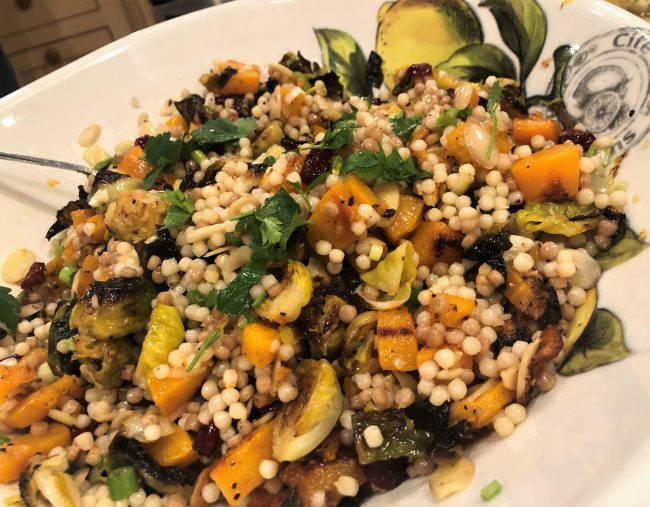 The Internet brims with versions of this colorful, tasty side dish, including those from The New York Times, Ina Garten, and Martha Stewart. Beware: This salad will often outshine the entrée and dessert. 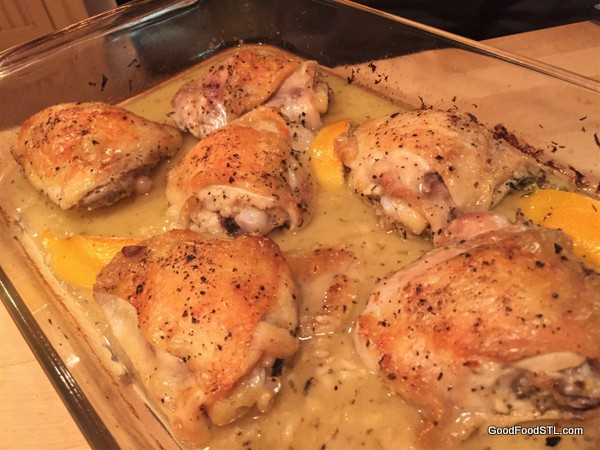 We left out the potatoes and green beans this time and kept to the lemon-ized chicken alone. If you’re looking for a zesty, one-dish meal, add the veggies. 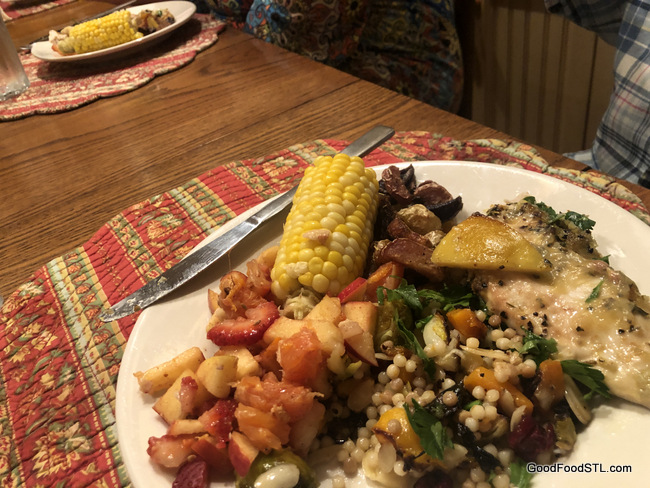 Plate up!  The fruit salad (lower left) was composed by a friend visiting from Alaska.

The Americas Corn on the Cob 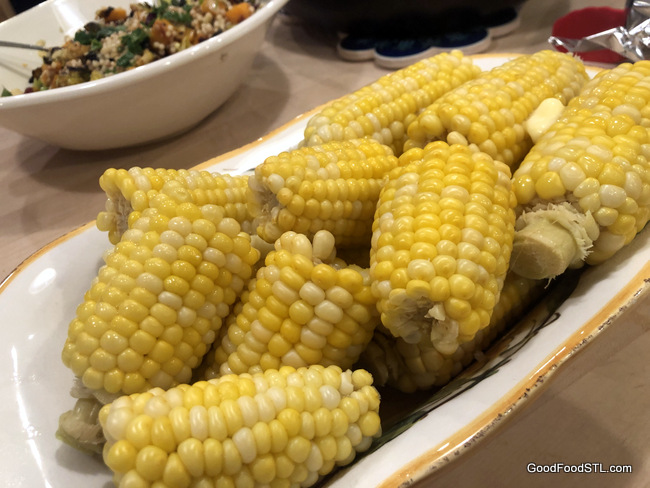 This old favorite works with most any meal. Corn was developed over 9,000 years ago from wild grasses grown in South Central Mexico, South America, and among Native Americans. 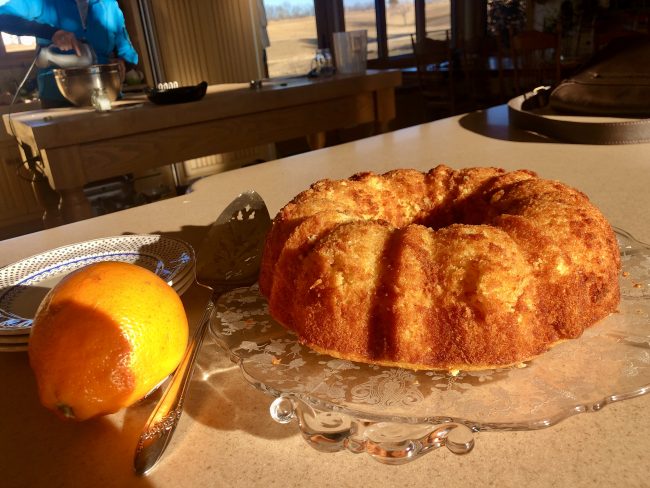 It’s the orange zest that makes the magic happen in this cake. Of course, the rum sauce does its part, too. 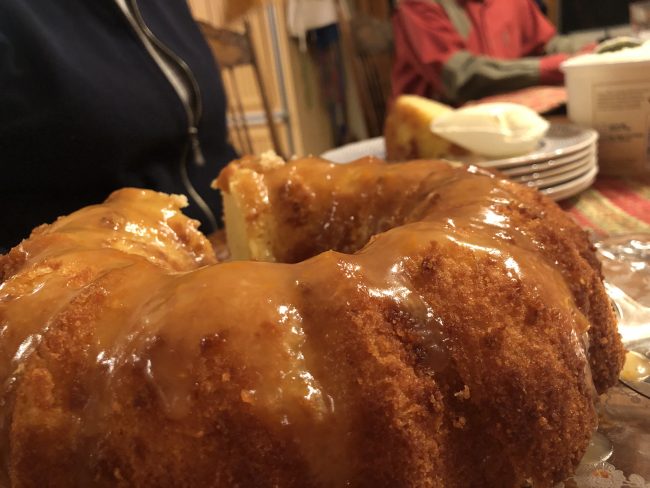 Ahh. . . I can hardly wait for another farm weekend in which to explore old and new dishes from near and far. When the weather’s good enough to eat outdoors, all the better.