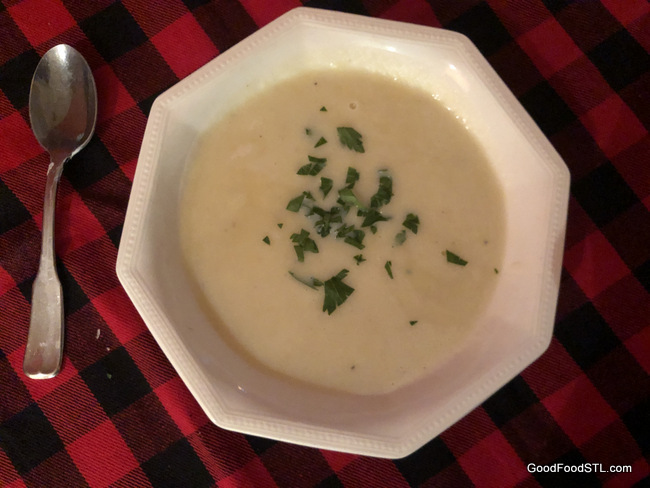 A bowl of homemade potato-leek soup is as heartwarming as a new puppy.

My recent interest in cooking a pot of potato-leek soup came after I found I had far too many leeks. These “green onions on steroids” are bulky, space hogs. I acquired them quite by accident.

When I saw a photo of one, single leek displayed on Instacart, I ordered it for a dish I was making. To my surprise, they came in a package of three—enough to take over a vegetable bin. (I recently got more cans of tomato sauce than I wanted, too. I’d ordered four 6-ounce cans and got four 28-ounce cans instead. All those big, red cans are filling half a shelf in my dainty, condo cabinets.

Don’t get me wrong, my experience with Instacart has been excellent except for these few, small glitches. I’ll just make more sauces and soup this summer than I planned. But I digress. 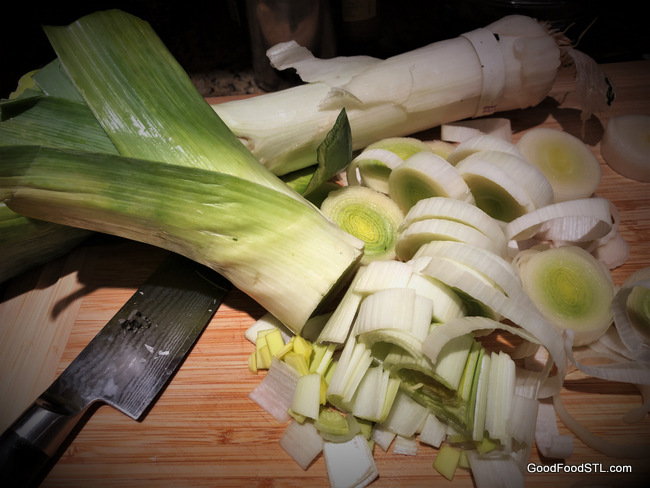 Chopping the leeks after washing away any sand or grit that may come with them. 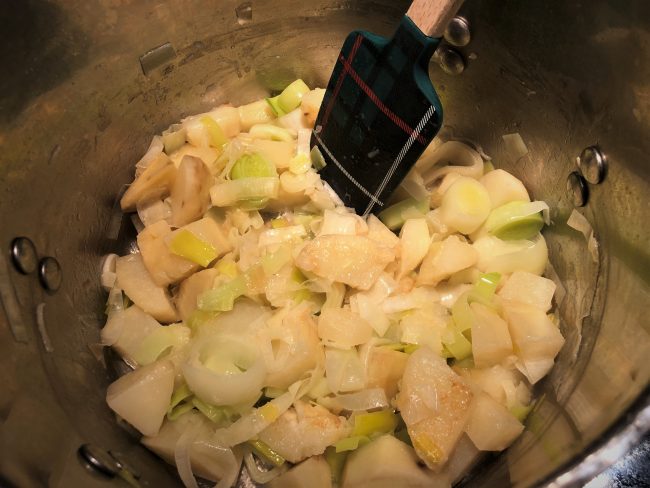 Cooked potatoes and leeks go for a spin in the blender before dairy is added.

Back to my potato-leek soup. Even with the leek and potatoes on hand, I still didn’t have quiiite all the ingredients. The milk, yes; the heavy cream, drats! Oh, well, I used all milk. The soup turned out quite tasty, but would have been far richer and silkier with, at least, light cream.

I had no chives to snip over the bowl of hot soup, so I used parsley. Despite the omissions, I felt proud of myself for concocting such a tasty dish from the few ingredients I had on hand.

Now I’m looking for a way to use that remaining leek and reclaim my vegetable bin.  Hmm . . . maybe another pot of potato-leek soup. I could freeze the mixture and add the dairy when I thaw it out. Yep, that’s what I’ll do!