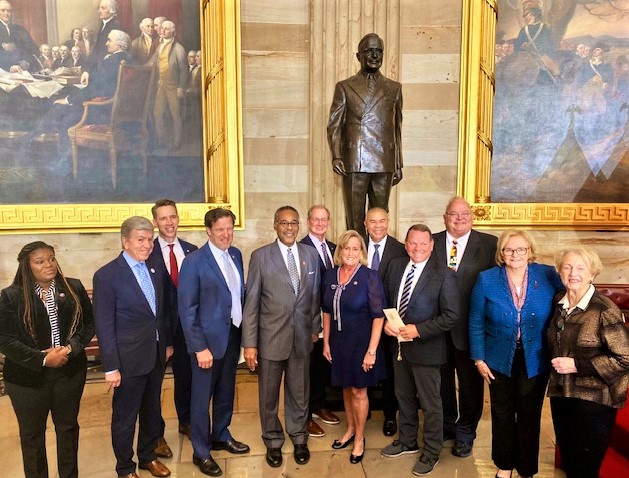 Harry Stands in the Capitol Again

I was in DC this week with several family members. The occasion: The unveiling of the statue of Harry S Truman in the Capitol Rotunda. The addition all began in 2002 when Former State Rep. Ted Farnen introduced a bill in the Missouri legislature. My son, Russ, supported the legislative action required and helped navigate the process while in Congress with his colleague Congressman Emanuel Cleaver.

It’s been a slow 20-year bureaucratic sludge since then. But finally the revered Missourian is depicted in one of the state’s two statues in the U.S. Capitol.  (The other is Frank Blair of the Civil War era. You can also see his likeness in the small statue on Lindell and Kingshighway at the corner of Forest Park.) 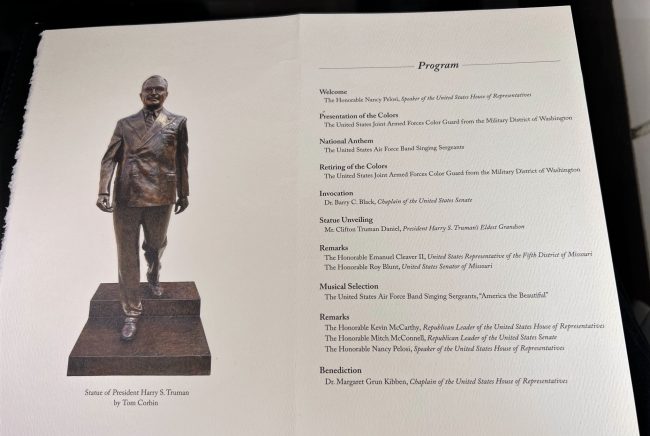 The program for the dedication of the Harry S Truman statue in the U.S. Capitol Rotunda. The bronze likeness is the work of artist Tom Comhm.

More Photos of the Day 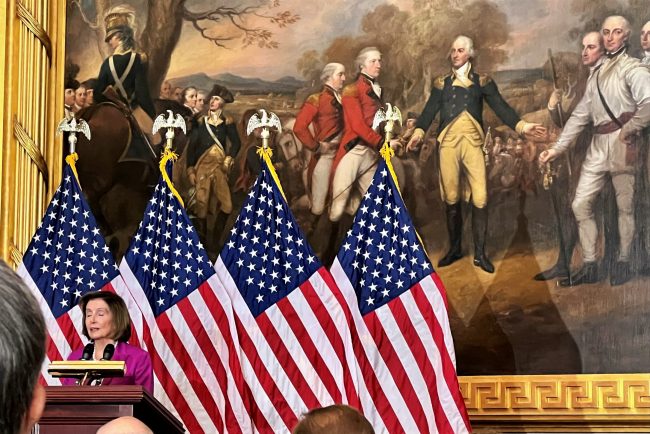 Speaker of the House Nancy Pelosi 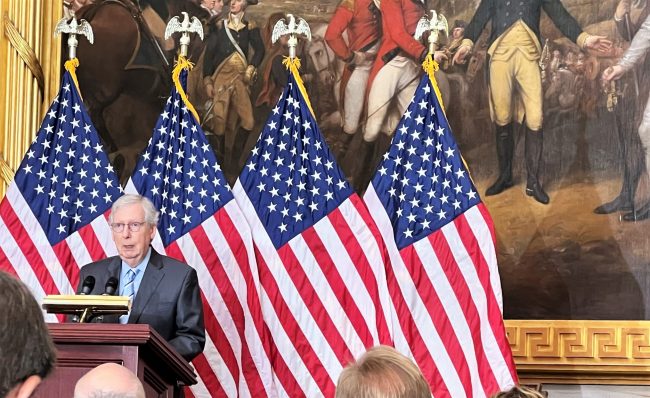 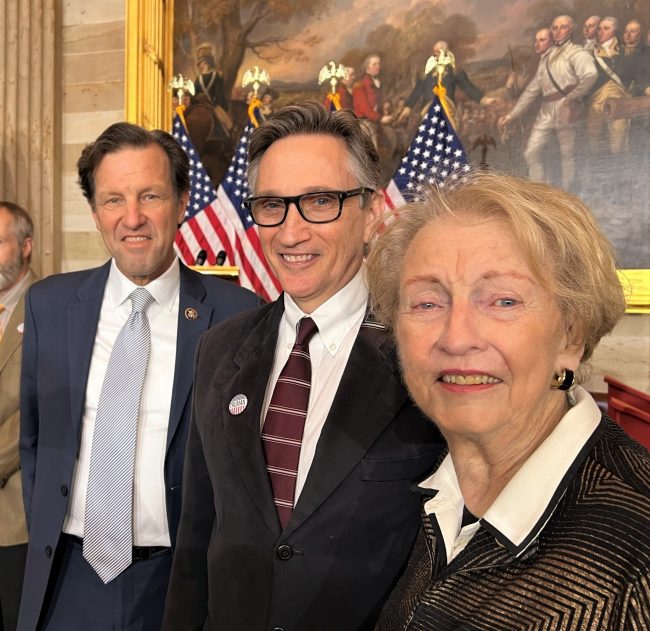 Russ and I with Clifton Truman Daniels, the grandson of Harry Truman. 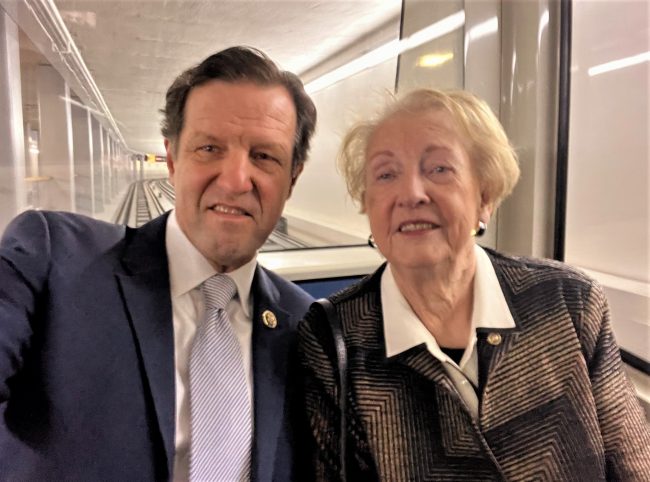 Russ and I on the underground tram that runs beneath the Capitol. 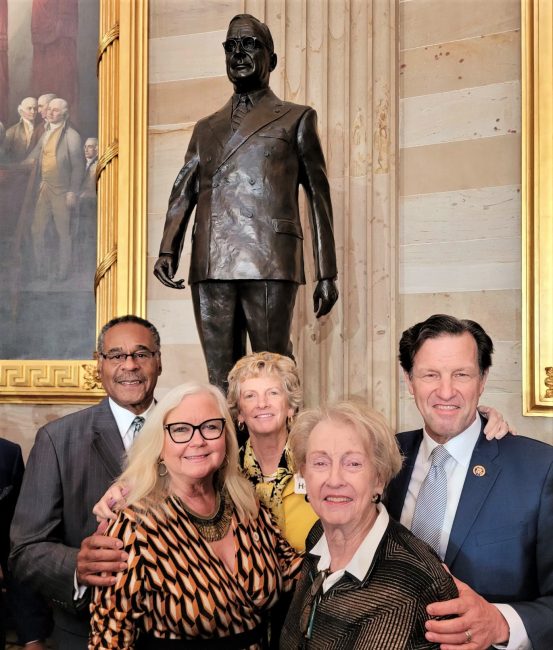 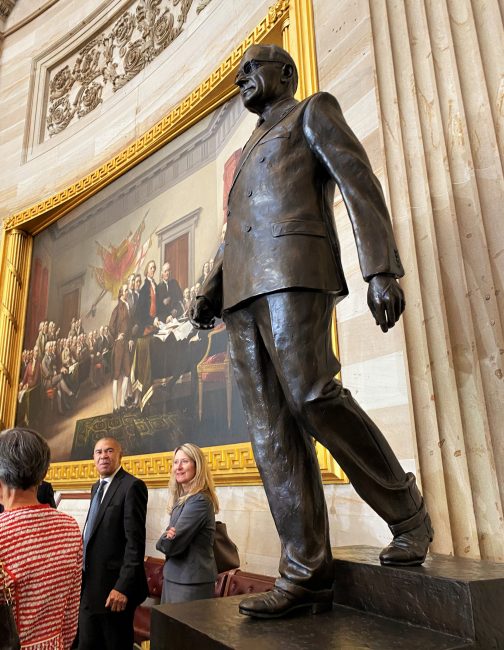 The Truman bronze stands alongside the statues of Presidents Grant and Lincoln.

A stunning sunset over the Jefferson Memorial marked the end of the memorable day.