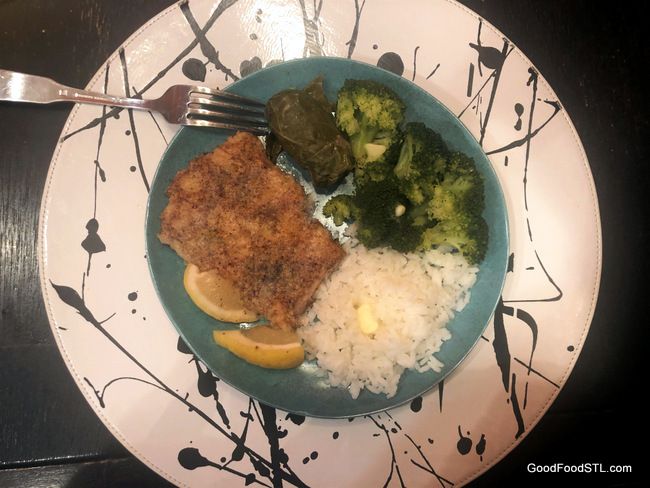 As we drove along Olive on our way home, we ran onto Bob’s Fish Market. (Incidentally, they now have home delivery.)

“I’ve been wanting some Dover sole,” I said. “Me, too,” Robin added. On my shopping list was a stop at Starr’s on Big Bend, where they have fresh sole at the end of the week. In addition to fresh fish, you can get an array of gourmet cheeses, organic meats, prepared meals, and fine wines.

But we were at Bob’s, so Robin ran in and picked up a few pieces for me and for her. We each had the same idea: Sole Meunière. (Pronounced: sole men-year) 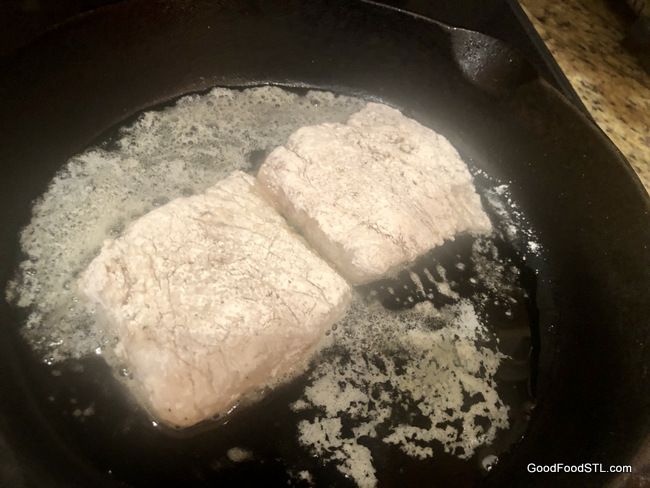 Sautéed in butter after a coating of flour, salt and pepper.

It’s said that this simple fish dish made Julia Child fall in love with French cuisine. She ate her first French meal, Sole Meunière, in 1948 at LaCouronne in Rouen. Founded in 1345, it’s the oldest inn in France. The dish was likely prepared table-side by the maître d’hôtel.

Wherever it’s served, the ingredients are few and simple: fish, butter, lemon and parsley. There’s one small hitch—butter tends to burn quickly or speckle. Purist overcome that by clarifying the butter, which this recipe calls for. But it adds a bit to the time.

But as long as you’re attentive, regular butter works just fine, if you don’t mind a few browned bits speckling your sauce.

The recipe below is included in The New Essentials of French Cooking and the New York Times cooking site, as well as Julia Child’s The Way to Cook. 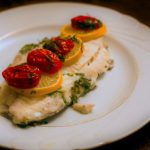 Making Clarified Butter (if you choose to go that route):

Plain butter will burn and speckle quickly because of the milky residue it contains. Clarifying the butter gets rid of the residue. Achieve this by melting the butter and pouring off the clear, yellow liquid.

Cutting the butter into small pieces hastens the melting. Bring cut butter to a slow boil. Watch for several minutes until the crackling and bubbling almost cease. This indicates the milky liquid has evaporated and the clarification is complete. Make sure the butter does not burn or darken. Pour the clear yellow butter through a tea strainer into a preserving jar. It will turn yellowish white when cold and congealed and will keep for months in the refrigerator or freezer.