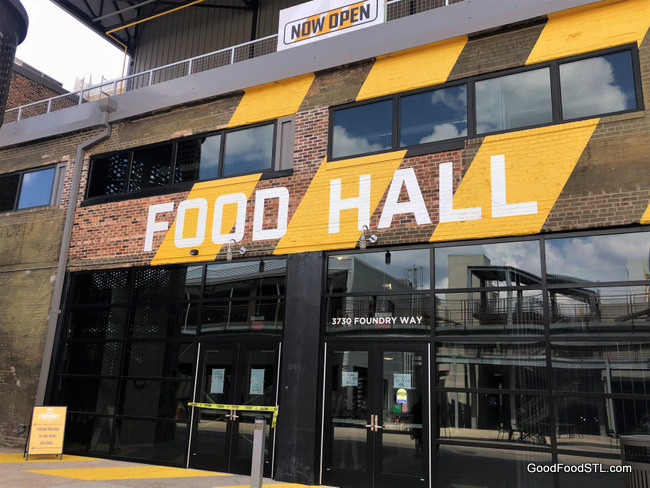 The Food Hall that opened a few weeks ago is part of an old foundry.

When food courts first opened they were the hope of the food world. At last, you could get a quick, tasty, inexpensive meal, ranging from hotdogs to adobo.

Now the concept has been taken to another level. Take, for instance, the town’s new food hall located at City Foundry in Midtown. 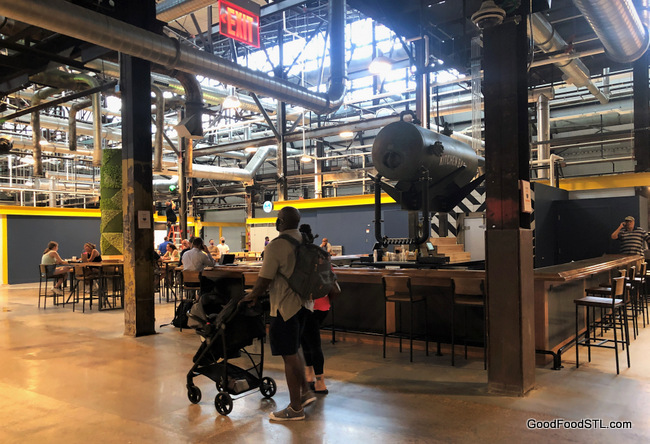 The overwhelming, spacious feel of the Food Hall.

My son, Tom, and I stopped for lunch this week, so I could see firsthand what all the hubbub was about. Walking into the cavernous space your eyes are immediately drawn upward to the “metal artwork” that came with the building. It looked like a gastronomic version of the City Museum.

The ceiling definitely makes for a unique setting in which to imbibe or grab a bite from one of the 11 food stalls, that currently occupy the building. Later in the year there’ll be as many as 20 different vendors in the 30,000-square-foot space. 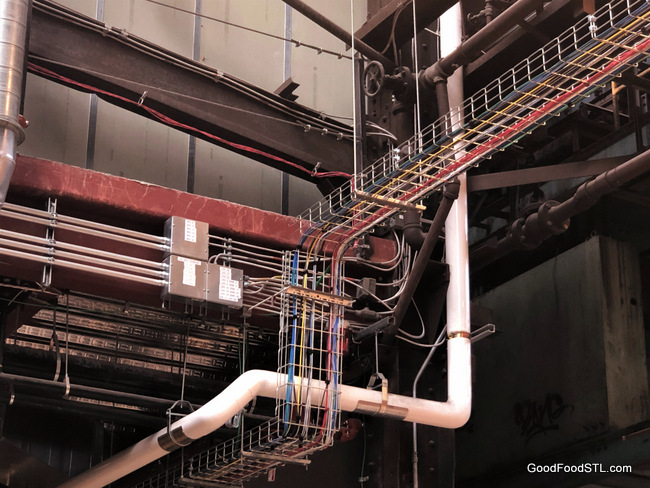 Ceiling “art” that came with the old foundry.

It was mid-afternoon and we were hungry. So we passed up the cheesecake, ice cream and waffle stands and opted for a more adventuresome food plate.

We sampled the Indian street-style meal from Turmeric; the poke bowl from Hello Poke; and beef tacos from Kalbi Taco Shack. 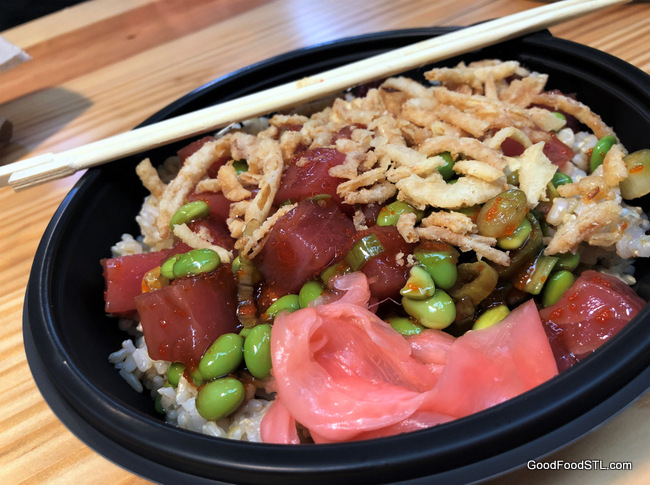 Pretend You’re at a Neighborhood Cookout

You select your food from one of the stalls, place your order, and find a seat among the many tables inside and out. When your number is called, you pick up the food and return to your table, carrying your food carton and plastic accoutrements.

Now if you’re the kind of diner who wants a smiling server to recite a menu; a background of soft, recognizable music; a continuous refill of your iced tea glass; and periodic inquires as to your well-being, you might find Foundry a bit laid back.

But the funky, new food court proves that there’s a time and place for everything, especially when you’re looking for a casual, socially hip meal with family and friends. 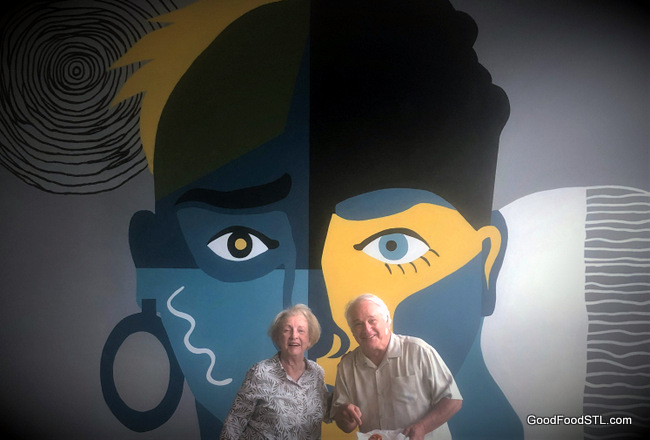 I accidentally lunched with dining editor for St. Louis Magazine George Mahe at the City Foundry this week. We were both checking out the spiffy, new food hall. George, Tom and I discussed the local food scene, the many new restaurants going in post-COVID, and the problems they have getting workers.

Getting the Right Feel

James Rouse, the pioneer of food courts, said he wanted such spaces to have the feel of a “community picnic.” Great idea! I think James would be pleased with City Foundry’s picnic atmosphere.

Idea for the Day

I’m thinking with all that space, St. Louis could have its own version of Munich’s famed Hoffbrauhaus, that can hold upwards to 5,000 stein lifters. A perfect venue for an A-B town.