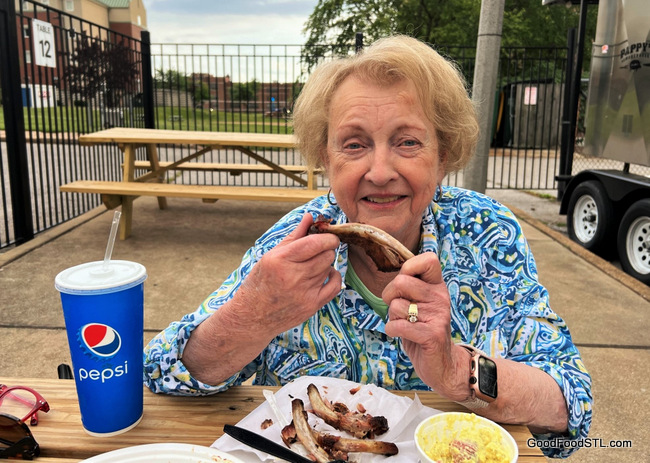 Gnawin’ Down in Rib Town

As we all know, barbecue is an art form. Especially ribs, that can range from a funky Picasso to a subtle Van Gogh. The beauty is on the palate of the partaker.

Which leads me to Pappy’s Smokehouse—or should I call it a BBQ Art Museum? The place has been around the Lou since 2008. But too often when I go there, the line runs down the hall, out the door, and around the corner. 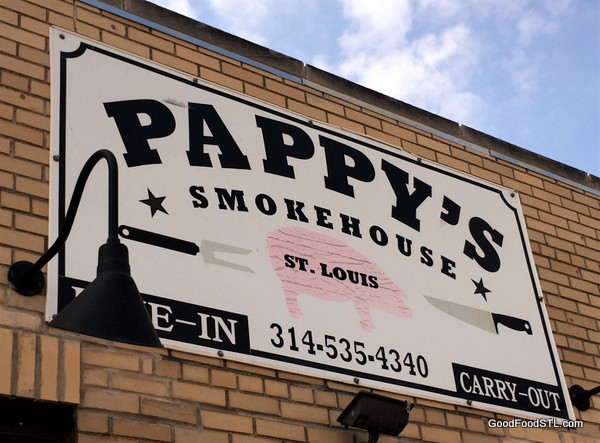 If you see this sign, you must be standing in line at Pappy’s Smokehouse, where they serve Memphis-style BBQ. In the barbecue pit wars, Zagat ranked Pappy’s among the Ten Best Barbecue Restaurants in America. 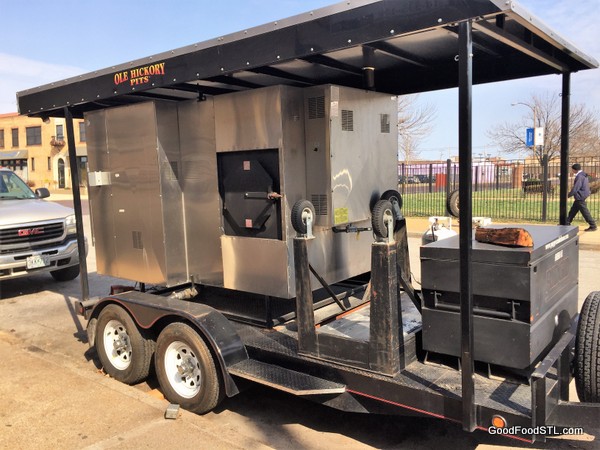 This “barbecue blaster” can launch some smokin’ ribs. Meat is slow smoked up to 24 hours over sweet apple or cherry wood. 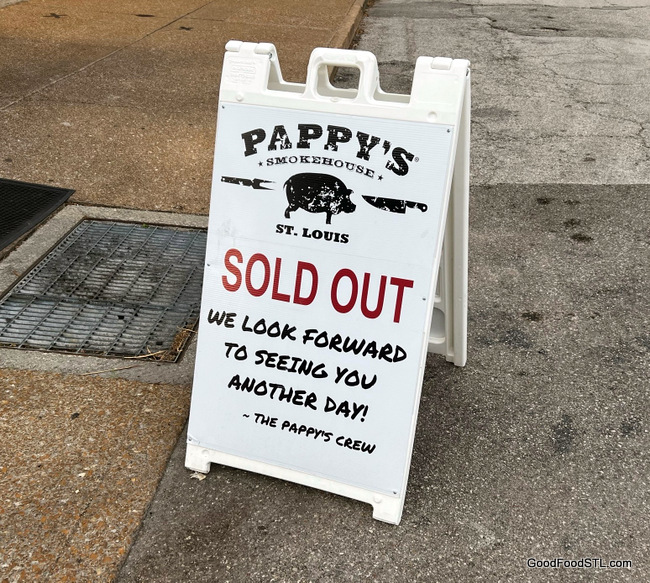 “BBQ may not be the road to world peace, but it’s a start.”

While I’m no authority on barbecue, I recognize that there are individual and geographic preferences. Some like Memphis-style, or Texas, or Kansas City-style. Each area has a subset of followers—Kansas City has fans of Arthur Bryant’s, Gates, Jack’s Stack, Joe’s, or Danny Edwards and many more.

In St. Louis there are defenders of Salt & Smoke, Bogarts, Beast, Sugarfire and Shaved Duck.

But the polls tell us that there’s agreement on one thing: Tennessee, Texas and Missouri (in that order) are the titans of American barbecue. 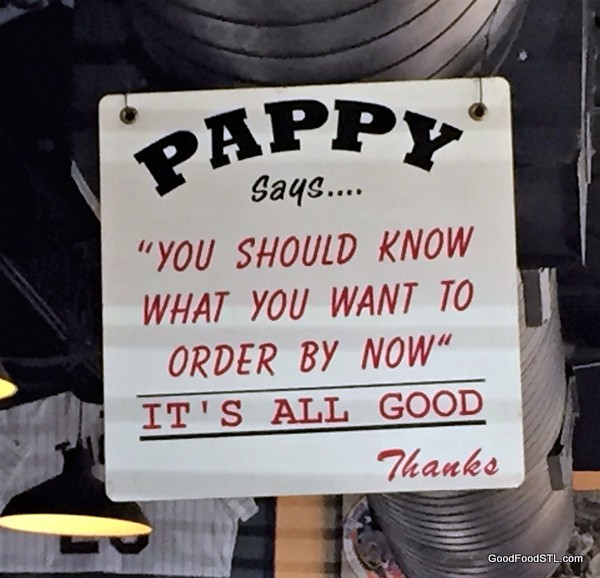 It was mid-week with a prediction of rain in the forecast, when my friend, Lucy, and I made the 20-minute drive to Pappy’s. There were parking places and no lines! Whoop-dee-do!

The fold up sign at the entrance welcomed diner, so we drove around it and parked the car. Only then did we notice that the sign said “Sold Out.”

We were about to drive off, when we noticed other people going inside. I looked back and saw that the Welcome sign was on the backside of the “Sold Out” sign.

We ordered quickly before anyone decided to flip the sign around.

Note: The restaurant hours (listed at end of post) are a little quirky, so you might want to tattoo them on your forearm. 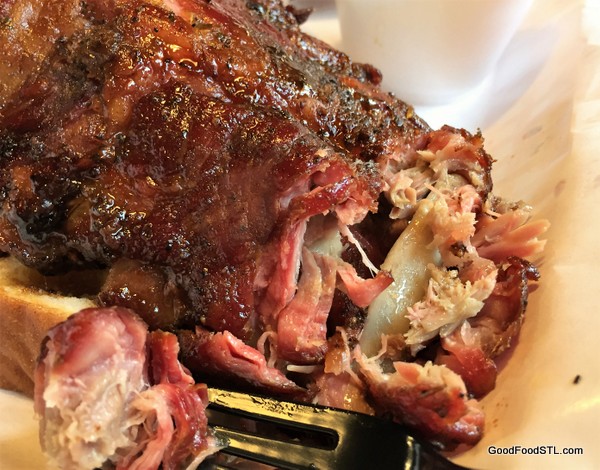 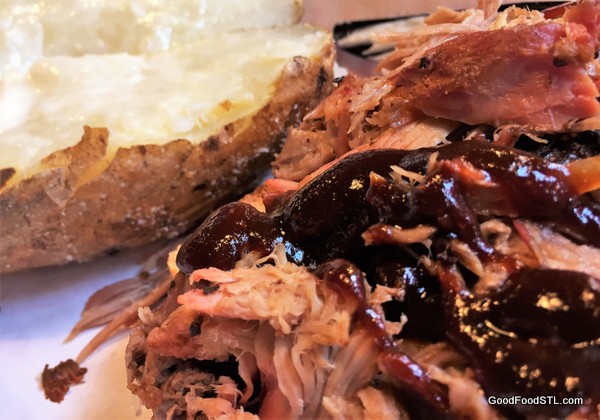 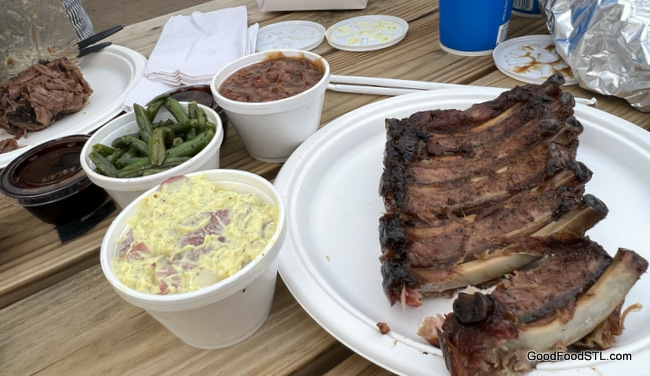 As is typical in barbecue joints, everything comes in disposable containers. But barbecue aficionados could care less. They’re looking for the bark on that brisket or the pink smoke ring on those ribs. 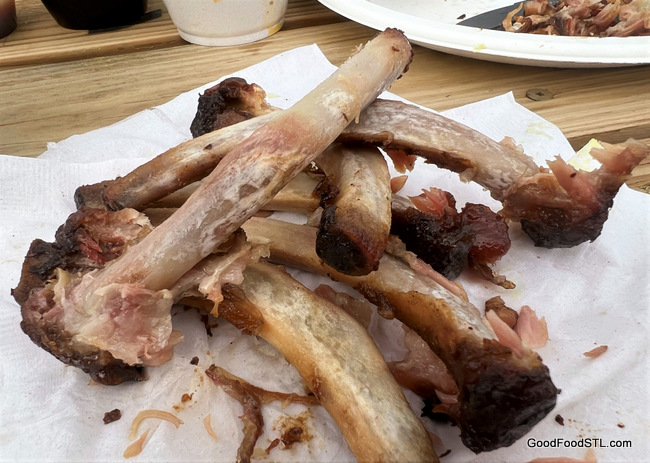 In the world of competitive barbecue, Pappy’s has “smoked” their rivals in the porcine playoffs. The Travel Channel included Pappy’s in its “101 Tastiest Places to Chow Down in America.”  Southern Living dished up its “Best BBQ in Missouri” award to Pappy’s. And a “Best Ribs in America” designation was awarded by Food Network.

Looking at the faces, fingers, and plates inside Pappy’s, you can tell customers are happy with the food. I know we were.