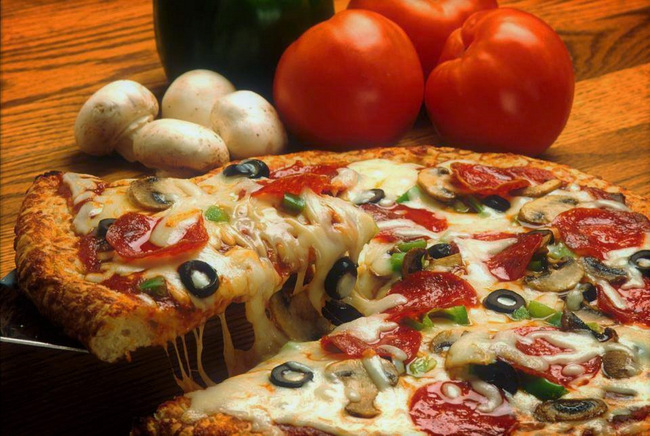 Famous Luigi’s is credited with introducing pizza to the Washington DC area in 1943. Their fine Italian pies deserve a place in pizza paradise.

I’ve already resigned myself to never finding a pizza like the one I first ate at Famous Luigi’s on 19th street near Dupont Circle. I was a teenager at the time and the Italian delicacy was just coming on the scene.

Over the years, I’ve eaten there almost every time I’ve visited the area. Even my kids consider it the best. 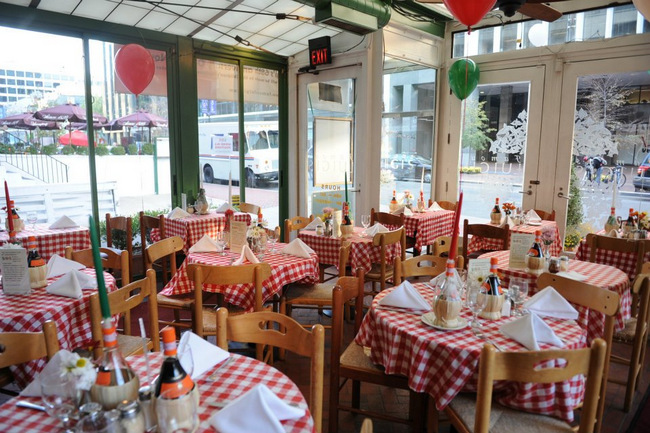 In Search of the Second Best Pizza

But sadly the immigrant family that owned the place died and the next generation eventually closed the doors. I’m told that Luigi’s has been reincarnated by its previous owner. It’s now Osteria Marzano in Alexandria. This is a pilgrimage I must make.

Meanwhile, I’m searching St. Louis for the second best pizza. Like meatloaf or bread pudding, we all have our preferences, when it comes to the Italian pie. It’s a dish ripe for interpretation.

Ideally, I look for a medium thin crust with lots of stringy cheese, that trails off the spatula, when you lift a slice onto your plate. Pizza from Antonino’s on The Hill does this superbly. As to flavor and varieties, I go with Pi Pizza, and for convenience, Dewey’s, a half block from my condo. 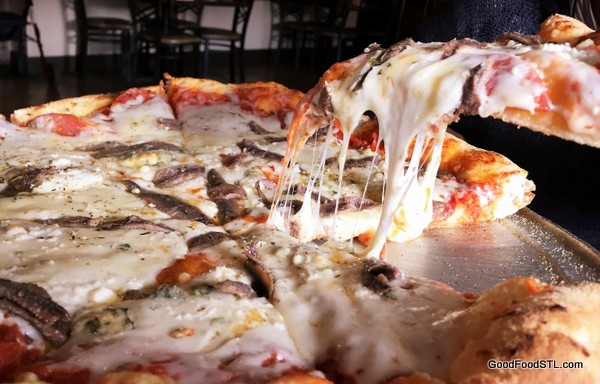 The four-cheese pizza at Antonino’s on the Hill. 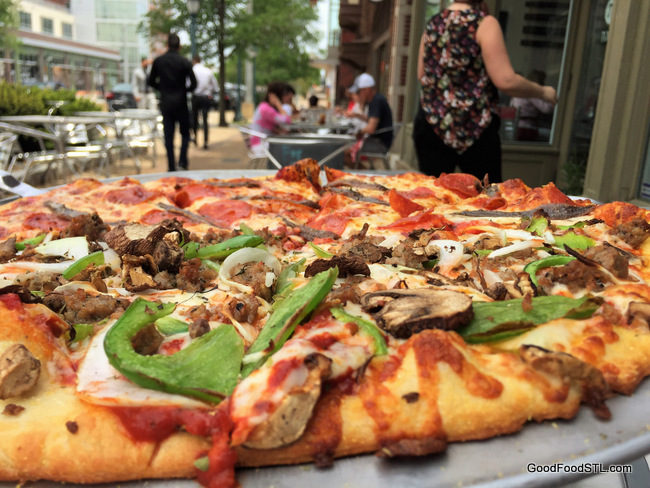 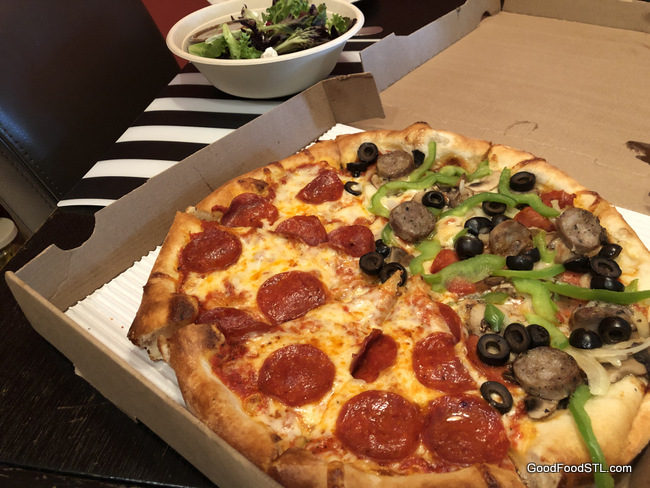 The half Bronx Bomber from Dewey’s.

Admittedly, I’ve not tested every pizza joint in St. Louis. But if you’ve run onto one that you think matches, what I’ve described, please let me know.

With nothing better to do, testing pizzas is as good a way to start the New Year as any. Austin and I split one of Anthonino’s award-winning pizzas and took home the leftovers. (Their smallest pizza is a 14-incher.)

I was cruising around The Hill recently and decided to stop for dinner at Anthonino’s Taverna. Good choice; bad timing. It was Saturday evening and people were standing around outside waiting for tables. We drove on.

But this week I was with my grandson, Austin, and we were near The Hill and looking for a lunch spot. We drove along Macklind and ta-da! There was a parking place right beside Anthonino’s! In we went.

After much indecision, we decided to split a Ricotta Pizza, that comes topped with meatballs, mozzarella and pancetta.

Now I’m a thin-crust gal and Anthonino’s is a medium-crust kind of place. Even though the crust is a little thicker than I normally order, it’s divine and as good as any I’ve ever had—anywhere!

Pizza is served on an elevated rack, which makes for a whimsical presentation, as well as extra space on the table. It’s fun to hoist a slice of pizza from the tray and watch the cheese cling and swirl as you wag it onto your plate, leaving a trail of toppings behind. The fun begins as Austin get the hang of removing a slice of Ricotta Pizza loaded with cheesy goodness. The bar is original to the building, as are the hardwood floors, exposed brick, and pressed-tin ceiling. There’s so many good reasons to return to Anthonino’s. I’ve yet to explore the Greek side of the menu, for heaven’s sake!—the saganaki, spanakopita, gyro, dolmades (stuffed grape leaves).